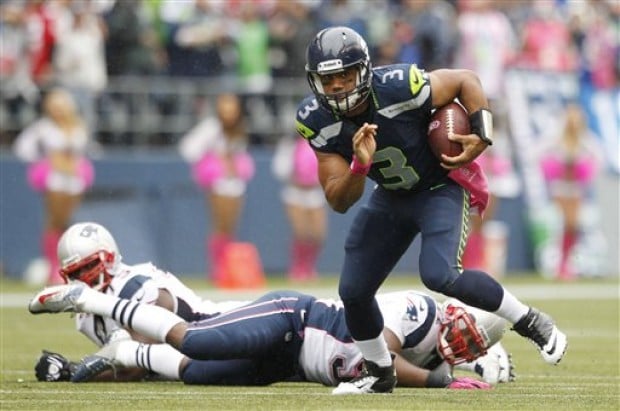 As you can see from the odds below the line opened up at -2.5 points for the Seattle Seahawks at the Las Vegas Hilton in Las Vegas, Nevada but has quickly jumped down and down to an even Pick because at that particular sportsbook and the total also known as the over under was at 48.5 points but has also come down to 48 points. The Wynn and other offshore sportsbooks line opened at 49½ points and has also come down to 48 points. New England is +1 points from Wagerweb and the Wynn is an even pick at the moment. You can see live odds and updates below.

We enter the 2015 Super Bowl with two familiar faces taking the main stage as the defending Super Bowl Champion Seattle Seahawks try to be the first team to win back-to-back titles since their Super Bowl opponents, the New England Patriots accomplished that feat in 2004 and 2005.

Multiple Las Vegas casinos introduced the line as a pick ’em play, but some early betting on the Patriots caused some bookmakers to adjust that spread, making the Patriots a one-point favorite with still over one week till the Super Bowl. Still plenty of time for action to shift things, but early trends point to the Patriots as the public’s consensus favorite.

As 2.5 point underdogs in last year’s Super Bowl, the Seahawks continued the streak of the underdog team winning the Super Bowl outright for the 3rd consecutive year when they dismantled the Denver Broncos. More so, the underdog has covered the spread in 6 of the last 7 title games.

Neither team has much familiarity with playing the underdog role this season as the Seahawks were underdogs only once this year which was by one point in San Francisco for the Thanksgiving game, while the Patriots once, as well, when they were underdogs in Green Bay, whom they lost to by 5 points.

The total is also due to change over the coming days leading up to the game as it opened at 48.5 points, but quickly moved to 49 and 49.5 points for some Vegas casinos. Seattle once again features one of the league’s stingiest defenses, resulting in none of their last 9 games going over 48 points total in regulation. Last week’s game against the Packers did go over 48, but only after overtime.

Taking all the variables and trends into consideration, and assuming the lines don’t drastically change over the course of the week, Sports Information Traders already knows where our money is at for both the side and the total of the 2015 Super Bowl. Get in today on all of our Super Bowl information including our Super Bowl Prop Bet Program, which is one of our most successful programs over the last 5 years, and take advantage of this last chance to cash in on another great NFL Season.

Against the Spread and Historical Statistics for the Seahawks Patriots Game

The New England Patriots are 2 and 1 against the Seahawks historically. They are 1-2 agains the spread in those 3 matchups. The over has hit in all 3 of those games. The average points scored by the Patriots in those games was 25.67 to Seattles 21.67. The patritors averages 103 yards per game versus Seattles 107 yards per game. There were 44 pass attempts by New England versus 35 from Seattle. THE COMPLETION PERCENTAGE FOR NEW ENGLAND WAS ALSO BETTER WITH 61.36% VERSUS SEATTLES 60%. The passing yard and total yards was also dominated by New England. with 290.67 passing and 393.67 yard with 1.33 turnovers. Seattle who looks grim by the historical stats had 276.33 passing yards with 383.33 total yards. They averaged 1.67 turnovers for the 3 games as well. Historically by the numbers it doesnt look great for a straight up victory for Seattle but the beauty of the superbowl is history means nothing because its all about just that one big game.