A day after Aaron Rodgers had his first 300+ yard game since last November, many in the wide world of sports are ready to proclaim the Green Bay Packers and their star quarterback are back. It wasn’t so much because they beat the Chicago Bears 26-10, but that the offense looked pretty darn good in the second half (except the opening drive of the half, of course).

Heck—the second half was almost a thing of beauty. Yeah, the sack fumble that resulted in a touchdown for the Bears was pretty ugly, but otherwise, the Packers offense put on a clinic with three touchdown drives (13-plays, 85 yards; 8-plays, 88 yards; and 13-plays, 74 yards) that took over 18 minutes of the half. 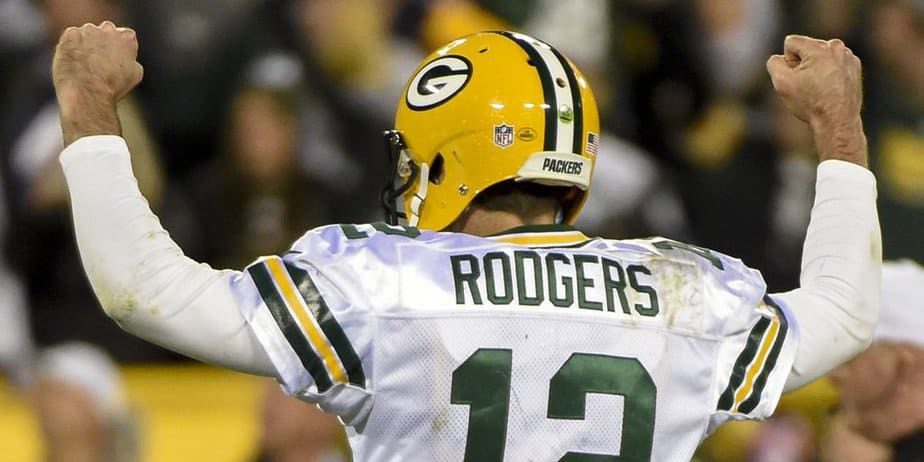 They had one other drive, a 6-play, 25-yard one, that resulted in a missed field goal—but they were nursing a 16-point lead at the time so missing it didn’t matter much. In the process, they took another three minutes off the clock.

After battling the lowly Bears to a 6-3 lead at the half, the Packers controlled the clock for almost 21 minutes in the second half—and with little to no running game!

Eddie Lacy hasn’t exactly been lighting it up, but the Packers had to do without him or James Starks. Rookie Don Jackson got the start, but they lost him pretty quick to injury as well. That left the team with wide receivers Ty Montgomery and Randall Cobb doing most of the time in the backfield.

So—how did they control the ball so well without a running game? They threw the ball 56 times on primarily short routes. In the process, Rodgers ended up setting a new Packers record for completions in a single game (39) and had his first 300-yard passing day (326) since November 15 of last season (against Detroit; took 61 attempts).

This style of play is not often utilized at the NFL level, but the Packers were left without much of a choice. They didn’t have a healthy running back that had been on the roster long enough to know the names of his offensive line let alone the playbook (they acquired Knile Davis from the Kansas City Chiefs earlier in the week). The receivers haven’t been playing well enough to go downfield much, so they didn’t have any choice other than to go with the short passing game.

Clearly, it worked—but that doesn’t mean the Packers and Aaron Rodgers are back. It just means the beat one of the worst teams in the NFL who were forced to use their third string quarterback.

Brian Hoyer had a chance to make history heading into the game. After throwing for 302 yards last week against the Jaguars he became the first quarterback in Bears history to throw for 300+ yards in four consecutive games. Had he finished the game with 300+ yards, he would have joined Drew Brees and Peyton Manning as the only players to throw for 300+ yards in five consecutive games without throwing a single interception. 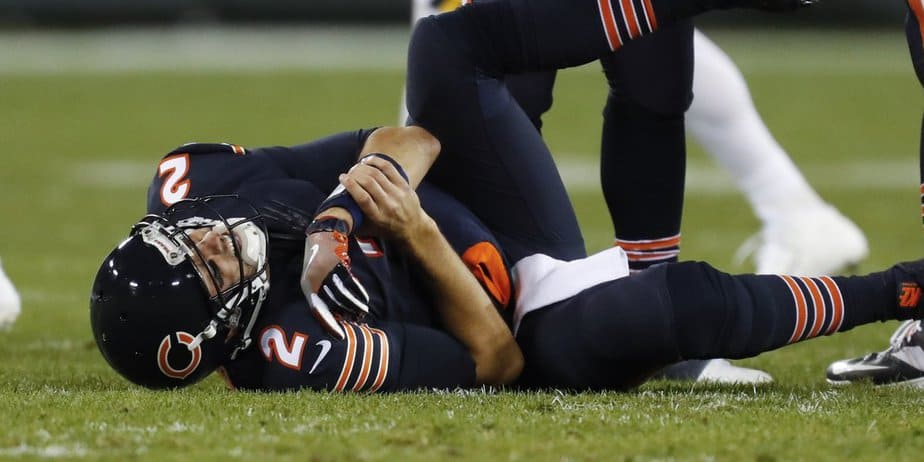 But he had to go and break his arm on the helmet of one of the Green Bay defenders in the second quarter. He was not having a good night when it happened (4-11 for 49 yards) so it wasn’t looking too good for him. Matt Barkley didn’t have much of a night in his place (6-15 for 81 yards and two interceptions).

So before Green Bay fans get too excited about the resurgence of their team,  they need to keep in mind who they just beat: a one-win team with an average defense forced to play a third-string quarterback. That defense was forced to play more than it usually would since the offense couldn’t move the ball–and the Packers only won by 16 points.

Now if the Packers can do it again against the Falcons next week and maybe again the following weeks against the Colts and Titans, maybe then we can say the Packers are back. Even then, the chances are good that by the time they play a good defensive team (Eagles, 11/28) teams will have their short passing game figured out and shut down.

And they will be done–again.