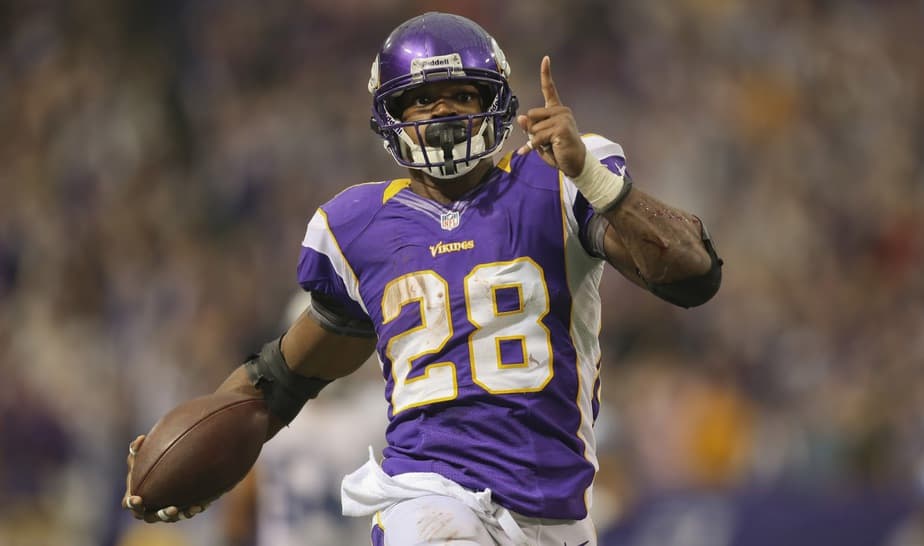 Minnesota Vikings running back Adrian Peterson is the best running back in the business. After a year off and at the tender old age of 30, he proved that he was anything but rusty or old by leading the NFL in rushing with 1,485 yards last season. It was the lowest total since LaDainian Tomlinson won the league rushing title in 2007 with 1,474.

He isn’t getting any younger, but he clearly hasn’t lost a step at an age when most running backs are starting to falter. 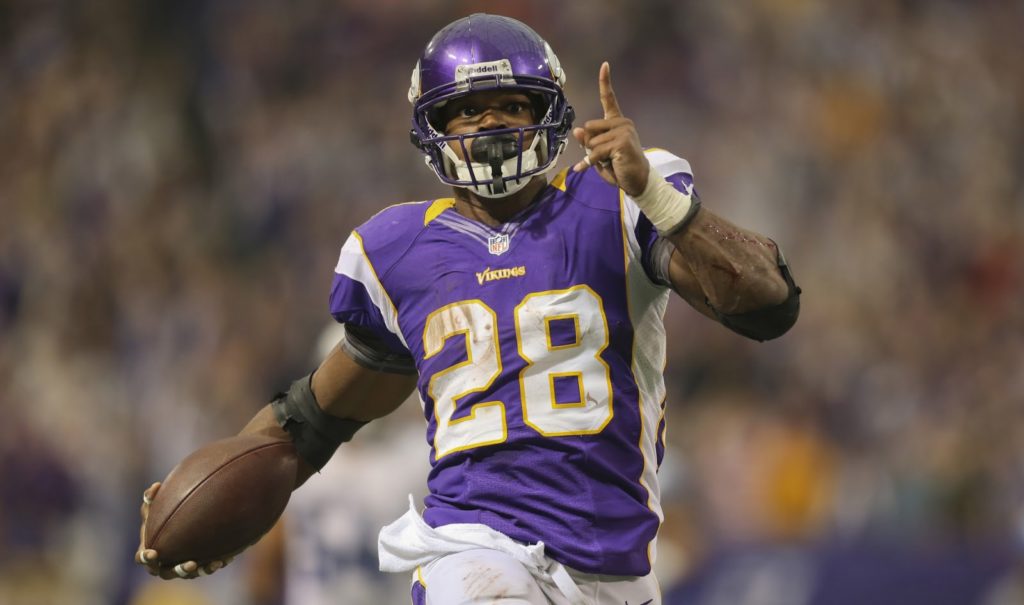 Assuming he can stay healthy, all eyes will be watching to see if he can break the career rushing record currently being held by Dallas Cowboys great, Emmitt Smith. Getting to 18,355 yards is not going to be an easy task. Peterson will need almost 6700 yards if he wants to break it.

Using last season’s number as a base, he would have to play another five seasons to break Emmitt Smith’s career rushing record. That would make him 35 when he breaks the mark during the 2020 season. To do so, that means the Vikings will have to remain a run first team and somehow keep an aging running back from getting too beat up.

If you ask Peterson, his body holding up will not be an issue for him. No, for him it will be more of a mental thing—because he might get bored.

“That’s it,” Peterson said in an ESPN article. “Training camp, going through the grind, OTAs and all that — that will definitely be the deciding factor. Physically, body-wise, I’ll be good. It’s just mentally — like with OTAs, I’m out there practicing, I’m going, I’m putting in work. But it’s so repetitive that it’s more suited toward the young guys and getting them into the system. It gets kind of boring.”

OTAs are optional. It is not unusual for a veteran player to hold out in order to skip training camp. Many tend to come down with mysterious injuries in order to get out of going through the routine of training camp.

But there is another way guys can get out of training camp; a way that a former teammate of Peterson’s—Brett Favre– liked to employ. He could retire at the end of the season but make a comeback right before the season starts.

Recently, he was asked about doing what Brett Favre did (retire and then wait until OTAs and/or training camp was almost done before coming back) and he had this to say:  “I might have to try that.”

Call it a hunch, but with his importance to the team, he could probably ask to be excused from training camp in order to train on his own. To keep the best running back in the NFL happy, the Vikings would likely say yes.

It would sure beat having to go through “Peterson Watch” every off-season as the media speculates whether he is going to return again.

Peterson could leapfrog from No. 17 on the career rushing list to as high as No. 7 if he can have an even better season than he did last year. He’ll need 1585 yards to overtake Eric Dickerson, who currently sits at No. 7 with 13,259 yards.