The Baltimore Colts were not supposed to beat the New York Jets in Super Bowl III. Kansas City didn’t have any business beating the Minnesota Vikings the following year either. Super Bowl XXV was finally going to be Buffalo’s year, but instead, it belonged to the New York Giants and their backup quarterback, Jeff Hostetler.

In 1987, the Washington Redskins team of replacements players shouldn’t have been on the same field with a Dallas Cowboys team that had many of its superstars playing—but they won, 13-7 (NFL). 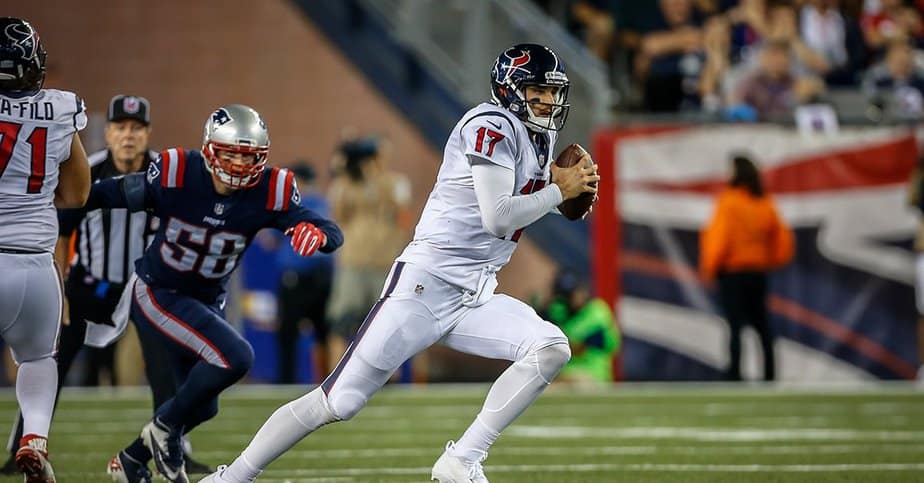 As hard as it may be to believe, it is possible for the Houston Texans to defeat the New England Patriots Saturday night (yes, that was typed with a straight face). Of course, talking about pulling off a historic upset and doing it are two different things.

Should Houston succeed, it would be historic. The Patriots are 16-point favorites, the largest point spread in a playoff game since 1998. Should Houston win, it will be the second biggest upset in NFL postseason history (New York Jets were 18-point underdogs in Super Bowl III).

So—how in the world can the Houston Texans do it? They’ll have to do it just like Denver did last year, like the Baltimore Ravens did in the 2009 playoffs and again in the 2012 postseason.

Anyone that didn’t know who Von Miller was, certainly knew his name after watching the Broncos linebacker pressure and hit Brady all day long in the AFC Championship game last season. But the key to victory wasn’t just Miller. It was a total defensive effort that limited Brady to 27 completions (56 attempts), 310 yards, and just a single touchdown (two interceptions) by sacking him four times, hitting him 17 times, and recording 10 passes defensed.  They also limited the running game to just 44 total yards; Brady was the leading rusher with 13 yards.

The Baltimore Ravens defense didn’t harass Brady nearly as much in their 2009 wild card win (33-14), or their 2012 AFC Championship win (28-13), but they certainly kept the Patriots offense from getting the job done.

Controlling the Patriots offense is not the only thing the Texans must do. They will need to generate a running game so that Brady will have fewer chances to work his magic. Baltimore certainly had one in 2009 (234 yards) and did enough in 2012 to make a difference (121 yards). Denver only had 99 yards on the ground but did a better job of limiting the Patriots running game (44 yards). 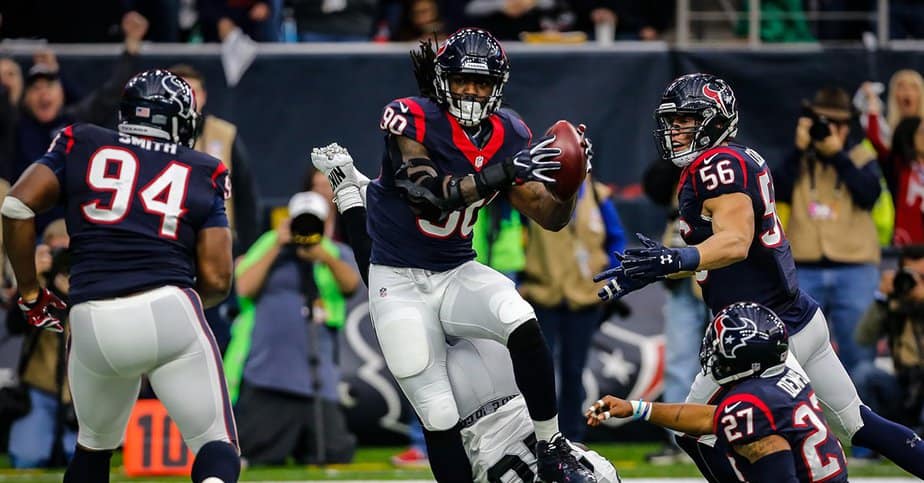 Saying they can does not mean they will, just that it is possible. With the kind of pass rush Jadeveon Clowney, Whitney Mercilus, and the rest of the defense have been putting on teams this season it is possible that they could disrupt Brady enough to mess up his game. Brady has been one of the least sacked quarterbacks this season (24; allowed 73 hits) so getting to him will not be easy.

But the Texans will also need A.J. Bouye and Jonathan Joseph to have career games. Brady will get plenty of passes off, so the Texans will have to keep Brady’s role players from looking like All-Pros. Brady will likely look to get rid of the ball quick to neutralize the Texans pass rush, so Brian Cushing and the rest of the linebackers will need to tackle like they’ve never tackled before to keep short passes from becoming long gains.

Houston’s run defense has done well this season, but the battering ram known as LeGarrette Blount will be tough to stop. In Week Three’s game against the Texans, he carried the ball 24 times for 105 yards and a pair of touchdowns. It would not be shocking to see New England give him even more carries Saturday night in hopes of reducing some of the pressure Houston is going to put on Brady.

If the game could be won with just the defense, Houston fans might be a little more confident, but they will need something from the offense. Lamar Miller is a capable runner and had 107 total yards earlier this season against the Patriots (80 yards rushing, 27 receiving). But to beat the Patriots, the Texans will likely need him to gain at least 100 (probably a lot more).

It would be nice if the can get more than 16 yards out of Alfred Blue and Jonathan Grimes (like they did in Week Three).

Most of all, the Texans will need Brock Osweiler not to mess up. Houston can’t afford to waste a scoring opportunity or set the Patriots up with a short field with a turnover. He hasn’t thrown an interception since returning to the lineup against Tennessee but did fumble once against Oakland in the wild card game. 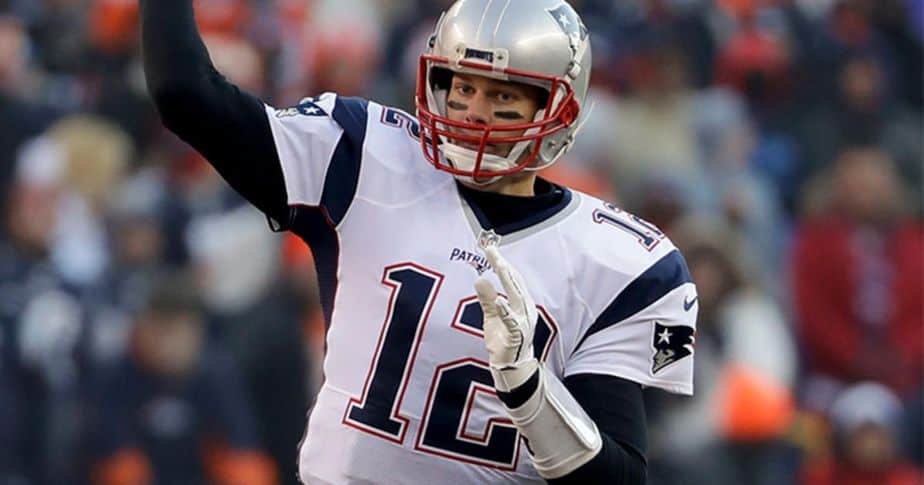 After all, any team can win on any given Sunday (or Saturday), right?