Back in Week Six of the regular season, the Miami Dolphins surprised the football-loving free world by not only defeating the Pittsburgh Steelers but dominated them, 30-15. Dominated may even be putting it lightly. The Dolphins outgained the Steelers 474 yards to 297, sacked and intercepted Ben Roethlisberger twice, and contained running back Le’Veon Bell

It was also the game where Jay Ajayi put the NFL on notice with 204 yards and two touchdowns on 25 carries. 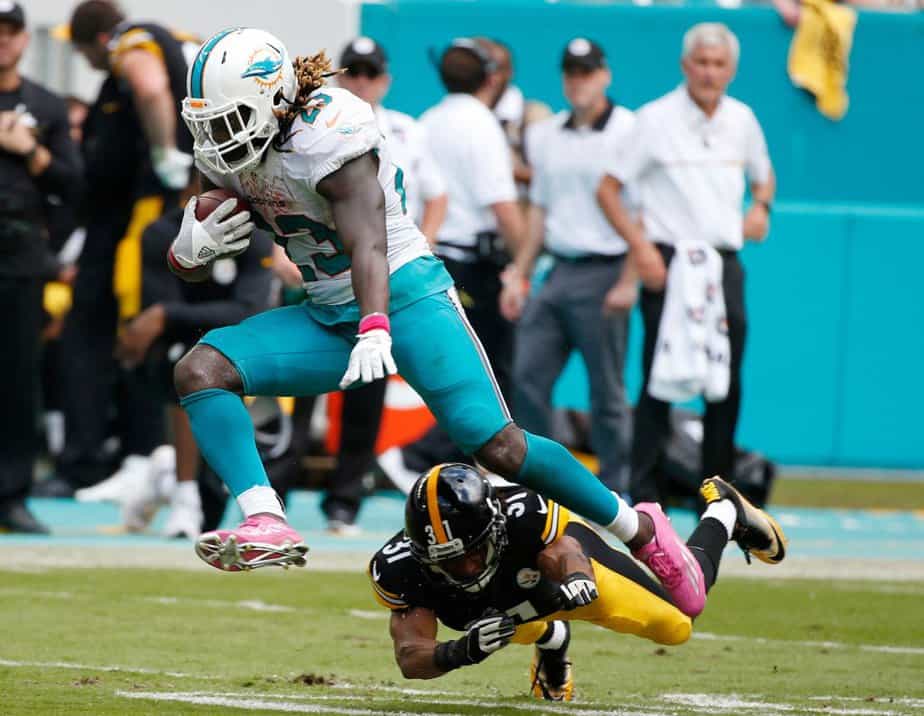 Miami beat Pittsburgh in every aspect of the game, but heading into Sunday AFC Wild Card gamePlaymakers Steelers are favored by 10.

It almost doesn’t seem right, does it? But if you were to stand back and take a broad look at both teams, how can you choose Matt Moore, Jay Ajayi, and Jarvis Landry over Ben Roethlisberger, Antonio Brown, and Le’Veon Bell?

But they aren’t the only playmakers in the game according to Dolphins running back Jay Ajayi:

“We hear a lot of talk about the other team and who they have and the players that they have,” Ajayi said (Miami Herald). “And it’s kind of starting to get to me where you have to understand we have players too, you know?

The last time these two teams met, Jay Ajayi ran wild on the Steelers to the tune of 204 yards and two touchdowns (25 carries). He followed that game up with 214 yards against the Buffalo Bills and 111 yards against the Jets. With 94 catches this season, Jarvis Landry tied Odell Beckham Jr. for the most catches in a player’ first three seasons (288).

Play makers are great, but only as long as they are making plays. Ben Roethlisberger hasn’t been on his game the last few weeks. Yes, the stats haven’t been bad, and they have won seven in a row, but the competition has been weak. Antonio Brown is still the most feared receiver in the game, but he only had four 100+ yard games this season.

Jay Ajayi did abuse the Steelers the last time these two teams played, but he has failed to run for more than 100 yards in seven of his last eight games. Landry is one of the better young receivers in the game today, but he has more games with less than 50 yards receiving (five) as he does over 100 (four). Matt Moore has played well, but he is a career back-up for a reason. 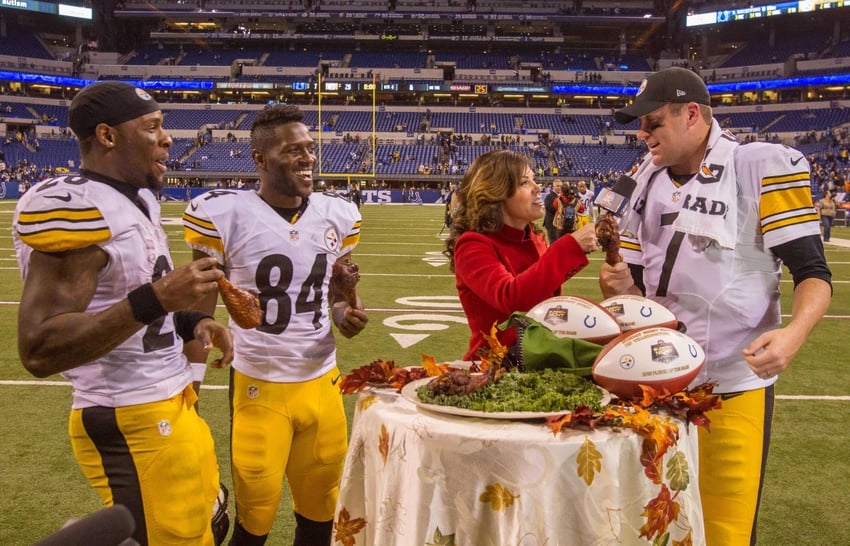 So—how have these two been winning games?

For the Steelers, it has been a running game powered by Le’Veon Bell (five 100+ yard games in his last six) and improved play from their defense. Over the last seven games, the Steelers defense has allowed only 17.3 points/game, 293.6 yards/game, and have sacked the quarterback 25 times. However, as impressive as the stats are, it is important to note they came largely against poor teams (Browns, Colts, Bills, Bengals, etc.).

For the Dolphins, it was a combination of defense and a running game taking pressure off Ryan Tannehill (until he was injured). When defenses couldn’t key on the passing game any longer, Tannehill started playing better, and the Dolphins began to win a few games.

If the Dolphins are going to upset the Steelers again, it will have to be with the same formula. They will need Ajayi to have a good day to take pressure off Moore, and for the defense to limit the Steelers offense as much as possible.

Should they succeed, the Dolphins could very well be headed to New England next week.