This year, the playoffs will feature some of the best quarterbacks in the NFL—just not in the AFC Wild Card game between the Houston Texans and Oakland Raiders. While some games will feature MVP candidates like Aaron Rodgers and Matt Stafford the Texans-Raiders game will feature the biggest free agent disappointment in recent history and a third-string rookie making his first career start.

But it wasn’t supposed to be this way. 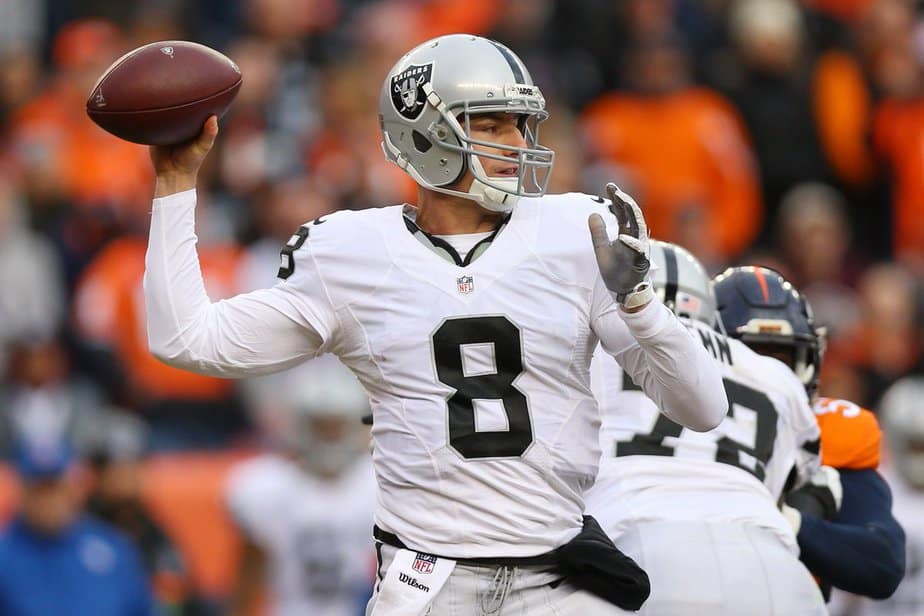 Brock Osweiler was supposed to be the answer to Houston’s quarterback problem, but he has played more like someone the Cleveland Browns would even cut than a guy who deserved a $72 million contract. Houston head coach Bill O’Brien finally benched him a couple of weeks ago for Tom Savage, but then Savage got a concussion last week and is still in the concussion protocol.

The Oakland Raiders have their guy, Derek Carr, and a few weeks ago everything was looking great. But then Carr broke his leg against the Colts. Then last week, his back-up, Matt McGloin, went down with a shoulder injury. That left the Raiders with a rookie, former Michigan State QB Connor Cook.

Does this mean both teams are screwed at quarterback?

Houston is likely hoping that being benched woke up the guy they hoped they were getting when they signed Osweiler during the off-season. He didn’t play too bad against the Tennessee Titans last week (21-40 for 253 yards and a touchdown). But the most important thing was what he didn’t do–throw an interception.

He’ll have a little help this week with the return of Lamar Miller to the lineup. Miller has been out the last couple weeks dealing with the aches and pains that come with getting more carries than he’s accustomed to.

“Right now, I feel good,” Miller said. “I feel like it’s Week 1. I’ve been doing a lot of treatment, getting massages, doing the little things to prepare myself for this upcoming week.”

As for Connor Cook, he didn’t look terrible in relief of Matt McGloin (14-21 for 150 yards, one touchdown, and an interception; he also fumbled twice), but his play didn’t inspire images of pending playoff success. While he admits it is not an ideal situation (starting your third-string quarterback), he’s confident Cook is up to the task:

“We trust him to go out there and lead us,” Del Rio said, via the Houston Chronicle.

With questionable talent at quarterback for both teams, the game will likely come down to which defense can force the other into making more mistakes. Both units are certainly looking forward to imposing their will on the other team.

“It don’t matter,” Irvin said. “Whether it’s Tom Savage or whether it’s Brock Osweiler, we’re going to try to confuse him and get to him as much as we can.”

“I hope we blitz him all game,” defensive end Jadeveon Clowney said Tuesday, via Houston’s KHOU. “I don’t know; that’s up to the coaches. We just have to put a lot of pressure on him, make him throw some bad balls, force some turnovers and try to get our offense in good field position.”

When the two teams played earlier this season in Mexico City, they played to a 10-10 tie at the half. Houston got out to a 20-13 lead in the fourth quarter, but questionable defense and bad calls by O’Brien down the stretch cost them the game. 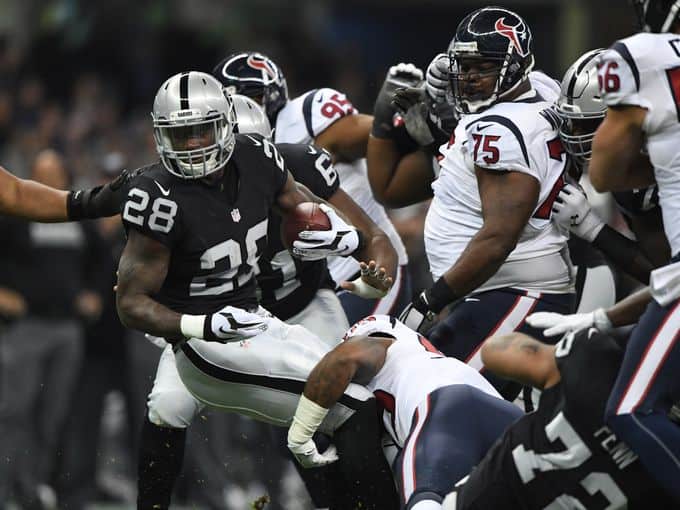 But without Carr, the Raiders have become a different team—and not for the better. Houston will still have issues with Osweiler, but their defense is still the No. 1 unit in the league. It will be hard to imagine a rookie making his first start being able to thrive.

Houston is favored to win by four. As long as Osweiler doesn’t make too many mistakes, they should cover it with ease.