There was just one problem. This game was the first time the Steelers were going to have Ben Roethlisberger, Antonio Brown, and Le’Veon Bell healthy for a playoff game (Bell was injured the last two seasons)—and they wanted their first playoff game together to be a good one. 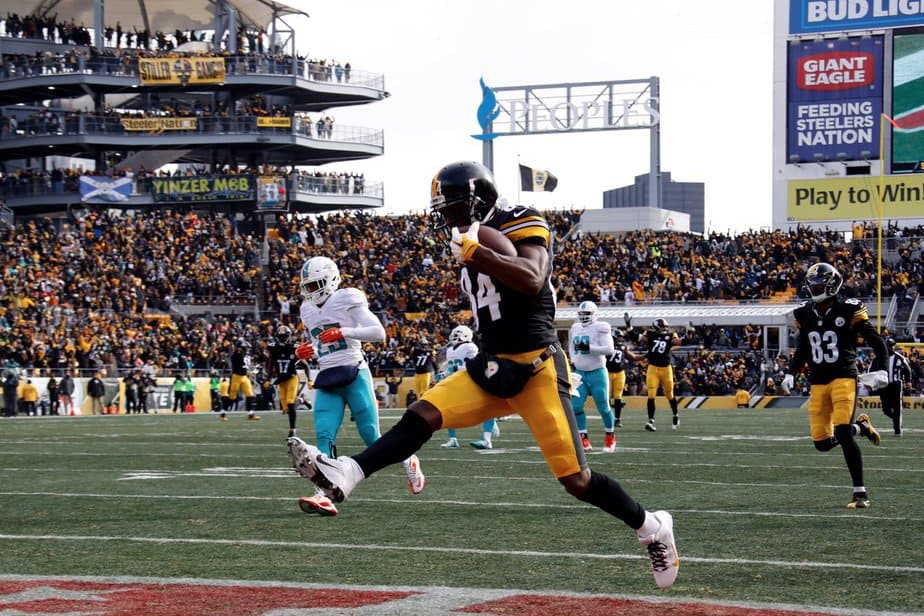 “We wanted to go out there and make a statement,” Bell said.

Antonio Brown didn’t waste time in making the first statement of the game. On the fifth play of the game, he took a short pass that had “small gain” written all over it and turned it up the field for a 50-yard touchdown—the exact type of play Dolphins head coach Adam Gase had told the team they can’t allow.

But they did—and the fun didn’t stop there for Brown. On Pittsburgh’s next drive, Roethlisberger hooked up with Brown for a 62-yard touchdown pass to put the Steelers up 14-0 a little more than halfway through the first quarter.

Brown ended the quarter with 119 yards, the most of any receiver in one-quarter of a playoff game since 1969. He finished the day with five receptions for 124 yards. His lack of production outside of the first quarter wasn’t because the Dolphins took him out of the game or anything. No, it was because Roethlisberger was busy feeding Le’Veon Bell the ball.

When the Dolphins and Steelers played earlier this season, the Miami defense held Bell to 53 yards (10 carries). He had more than that on the Steelers third drive of the game—which ended with him scoring his first playoff touchdown on a one-yard run.

Bell ended up setting a new Steelers single game playoff record for rushing yards with 167 on 29 carries. Franco Harris had set the previous record of 158 yards in Super Bowl IX.

“Le’Veon was beastly,” Antonio Brown said after the game. “All day, controlling the line of scrimmage, just running guys over and finding a way to put the ball in the end zone. Any time he’s playing like that, we’re going to be a hard team to beat.” 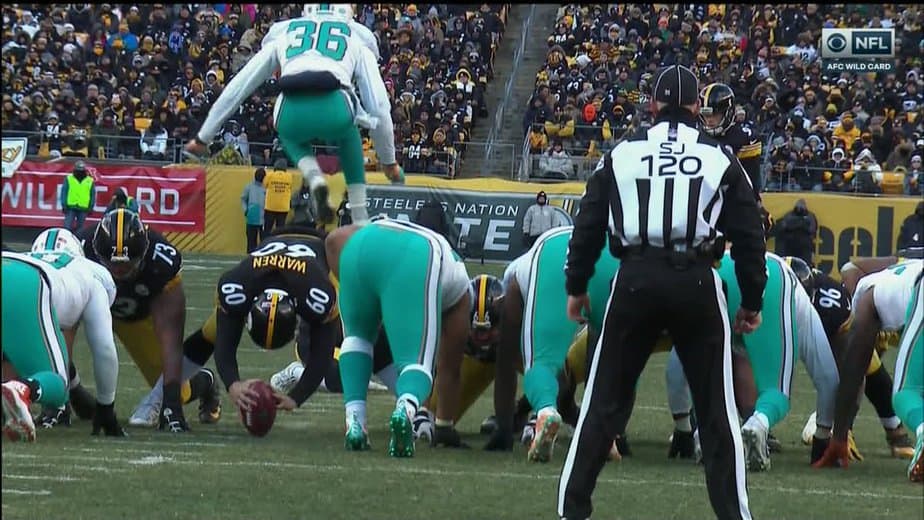 Miami gave a good effort, but they had to at least slow down the Steelers offense, which they didn’t. They certainly couldn’t afford to make any mistakes—and they did.

Matt Moore turned the ball over three times—two fumbles after getting sacked and an interception. One fumble cost them points, the other occurred with the offense almost in field goal range, and the interception set the Steelers up on a short field.

“It’s hard to win when you turn the ball over,” Moore said after the game. “In the playoffs, you can’t make mistakes, and that’s on me.”

The worst mistake—and only truly dumb one—came late in the third quarter with the Dolphins own 23-6. The defense had held after Moore interception and had forced the Steelers to attempt a field goal. But before the ball could be snapped, Dolphins defensive back Tony Lippett decided to jump the offensive line in an effort to block the kick. The penalty gave the Steelers a first down and three plays later Le’Veon Bell scored his second touchdown of the day.

The Steelers will face much tougher competition next Sunday when they travel to Kansas City to take on the Chiefs.