Fans of Top Gun remember the moment in the movie when Tom Cruise’s character did something awesome and wanted to celebrate by “buzzing” the tower. He did it on a couple of occasions during the movie, each time he was denied permission, but he still did it. It was a pretty cool moment in the movie–except for the guy that kept spilling coffee on himself–but in reality, it would have gone a lot different.

After landing, he would have likely been grounded until further notice as the ‘incident’ was investigated. At least, that’s what happened to four pilots that thought it would be cool to conduct a flyover of a Carolina Panthers practice at Bank of America Stadium. 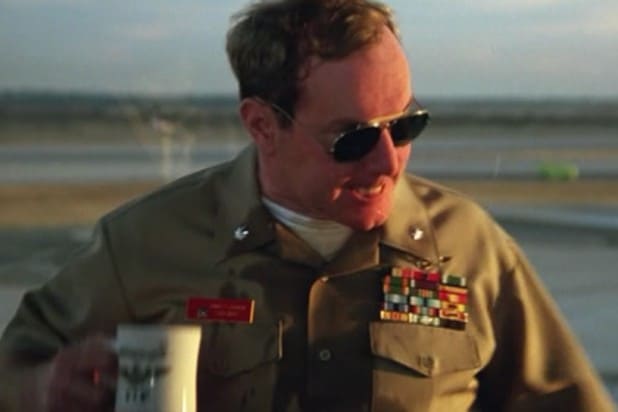 “I like the fact that they waved at us as they went over,” Rivera said (ESPN).

It is not unusual for jets to conduct flyovers at games, but they don’t typically do so for practice. The moment certainly caught the players off guard, but Rivera still described it as a “pretty awesome.”

The planes, which are part of the 74th Fighter Squadron at Moody Air Force Base near Valdosta, Georgia, had taken off from Charlotte Douglas International Airport and were on the way back to their home base.  Rather than just head home, they decided to conduct a flyover of the Panthers stadium before leaving.

People assumed that the jets were just practicing a flyover with the start of the NFL season drawing near. A spokesperson for the airport initially said that was the case, but the FAA released a statement that said something else altogether (WCNC):

“A FAA employee incorrectly told an official at Charlotte-Douglas International Airport that the flight was a practice flyover for a football game.”

The Air Force will likely be trying to determine just how much unnecessary risk the group took to conduct the flyover. People working in the Duke Energy Tower about ¾ of the way up said they were close to level with them as they flew by (roughly 780 feet from the ground).

Many people working in the downtown area were startled and took to social media to express their surprise, but there have been no reports of anyone being injured or even a coffee cup being spilled. However, the Air Force may not look to favorably on the unnecessary safety risk:

“As professional Airmen we take aviation safety very seriously,” said Col. Thomas Kunkel, 23d Wing commander. “As we look into the circumstances of this incident we are working with the FAA to ensure both civil and military aviation instructions were complied with.”

While the pilots meant no harm, chances are they will get in some form of trouble for putting their planes and people on the ground at risk just to do something people would call—and did call—awesome.