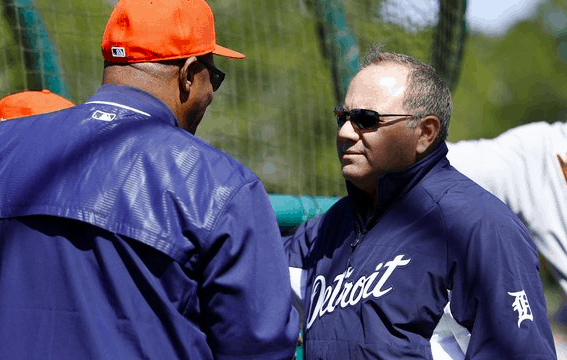 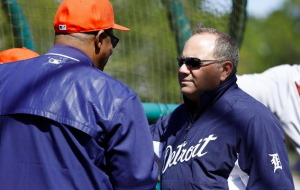 After finishing the 2016 season 2.5 games out of a wild card spot, changes are coming to the Detroit Tigers. This is according to GM Al Avila, who held a press conference on Tuesday in which he reflected on the 2016 season and looked ahead towards the future. Avila bluntly stated that changes are coming and that he will take a different approach to the offseason than what the Tigers have done in the past.

“The way we’re approaching this off-season, it’s not going to really be an exact science,” Avila said. “We have to be open-minded to anything.” Avila also spoke about his desire to have more payroll flexibility, a statement that implies the Tigers won’t be spending freely to sign high-price free agents, which is something that has become common in Detroit in recent years.

Last offseason, the Tigers signed both outfielder Justin Upton and starting pitcher Jordan Zimmermann to long-term deals. Veteran players like Miguel Cabrera, Anibal Sanchez, Victor Martinez, and Justin Verlander are also in the midst of rather lucrative contracts, culminating in a payroll over $200 million in 2016, forcing the Tigers to pay a luxury tax for the first time in 2008.

The presence of those players combined with the addition of Upton and Zimmermann last offseason clearly put the Tigers in win-now mode in 2016, and after failing to make the playoffs, it’s easy to see why Avila would be frustrated and looking to change his strategy. However, what he’s suggesting sounds like it could be lead to large-scale changes.

“I can’t call it a rebuild because we haven’t really broken anything down,” Avila told the media on Tuesday. “I’m not comfortable with the word ‘rebuild.’ I don’t think that’s the right term. I’ve read ‘retool,’ but I don’t know if that’s the right term. I don’t know if there’s a term for what I want to do here. I really don’t. If you guys can come up with a slogan, let me know, and we’ll go with it.”

However, Avila admits it will be a complicated process. “We certainly want to stay competitive,” he said. “We certainly want to be able to try to get back in the playoffs. But at the same time, this organization has been working way above its means as far as payroll for many, many years, and it’s put us in a situation where quite frankly, it’s difficult to maneuver.”

Avila’s use of phrases like “open-minded” and “get younger,” not to mention “payroll flexibility” make it seem like the Tigers could be looking to trade veteran players who are carrying big contracts. The Tigers have 10 players with guaranteed contracts for 2017, totaling $167 million, and while Avila hasn’t set a payroll target for next season, that’s an awfully big number for just 10 players if Avila wants to Detroit have more payroll flexibility.

However, most of the players who the Tigers could look to trade to help cut payroll would have to approve a trade out of Detroit. Nevertheless, Avila says the club is going to try. “We’re going to go out and talk to 29 other clubs,” Avila said, “and see how we can start, little by little, making this team leaner, younger, more efficient, and at the same time, staying competitive, trying to get to the playoffs. That’s where the tightrope is that we’re walking on. Not the easiest thing in the world to do, obviously… but it has to be done.”

What exactly Avila and the Tigers will do this offseason remains to be seen, but it sounds like some large-scale, foundation-shaking moves could be on the horizon. The Tigers certainly have no shortage of players who could make interesting trade chips, making Detroit a team to watch closely once the offseason gets underway. Even if the Tigers trade just one or two of their core players, it could drastically change the baseball landscape.