When you look at the outcome, it almost seems silly to think that before No. 1 Alabama’s 52-6 massacre of No. 20 USC, there was a reason to believe it was going to be a good game.

USC had an offense packed with veteran talent. The offense certainly had the talent to hang with Alabama but was missing a proven leader at quarterback. When going up against a team capable of running the ball as well as Alabama, having a new starting defensive front is not ideal either.

Alabama has quarterback concerns of its own. Nick Saban had said the job was between Cooper Bateman and Blake Barnett, a guy with very little experience and another with none. Alabama had other holes to fill thanks to graduation and the NFL, but let’s be real—when you recruit like Alabama does, there is no such thing as rebuilding.

It’s just time for the next man to step up. 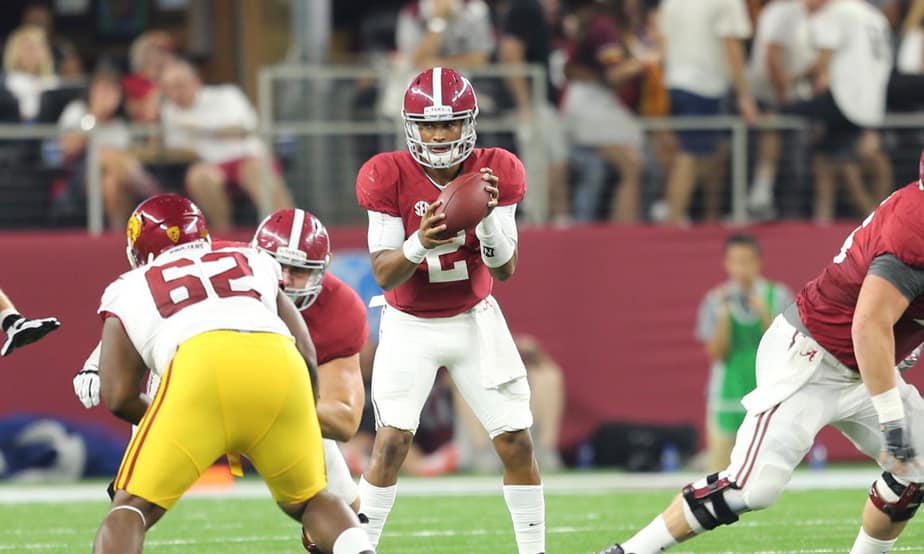 As for Alabama’s quarterback, it appeared as if Blake Barnett was going to be the man. But after just a couple of drives in which Barnett went 5-6 for 100 yards and a touchdown, Saban decided to pull him for true freshman Jalen Hurts—and boy did it ever pay off.

Saban had expressed concern over Hurts understanding of the offense, but when Nick Saban feels like something needs to be done—no one questions him. Hurts was far from perfect (fumbled his first snap) but finished the night with a respectable stat line–6-11 for 118 yards, two touchdowns, and an interception; 32 yards and two touchdowns on nine carries.

His production isn’t mind blowing, but in the end, he did well enough with what was asked of him to lead the team to a blowout win over a very good opponent.

It helped that the Alabama defense was simply way too much for the Trojans to handle. Alabama only returned five starters, but you wouldn’t have known it with how they played. USC could not run the ball (30 carries for 64 yards) against Alabama’s base defense. The Trojan passing game didn’t fare much better. Max Browne ended up going 14-29 for 101 yards and an interception.

But was it because Browne couldn’t get it done or was Alabama’s defense that stifling? When a unit dominates as much as the Alabama defense did against the Trojans (eight three and outs; 11 drives of four plays or less), it is almost impossible to evaluate talent.

You would think Saban would be pretty happy, but after the game it was evident he was not:

“If you want to know the truth about it,” he said, “I wasn’t pleased with how we played.”

While it would seem that his team played very well, they were far from perfect. The offense struggled in the first half with only 40 yards on its first five drives (and a turnover), but Saban has to take part of the blame. The team had been preparing Barnett and Bateman to start—not Hurts.

Factor in his lack of practice reps and his struggles are easier to understand. But if a five-time national championship winning coach says it can be better.

It can be better.