Could The Philadelphia Eagles Coaches Be Jedi Knights? 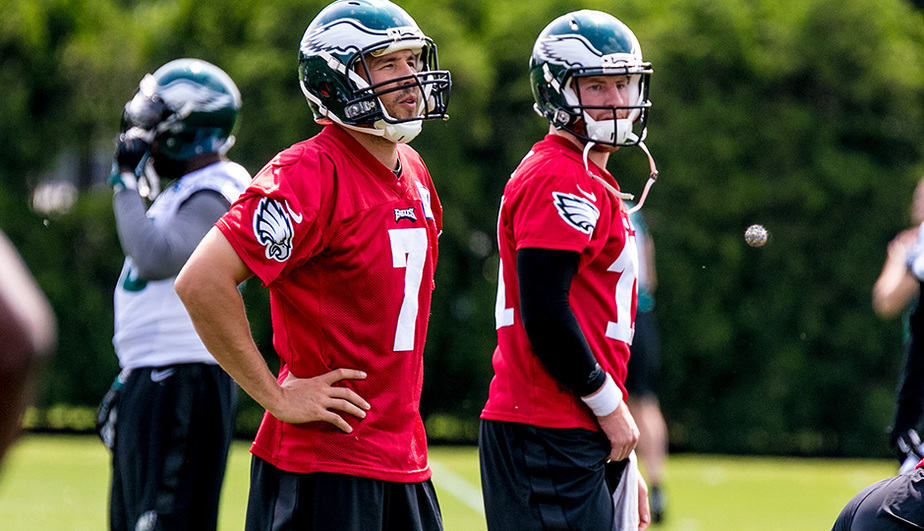 People in power often tend to suffer from the same kind of delusion. For some odd reason, they seem to believe that if they make a statement about something it is fact and should be regarded by the rest of the world as such. It doesn’t matter how insane it sounds to the rest of us. Since they said it, it must be true.

Dallas Cowboys owner Jerry Jones has operated under this delusion for years. He has proclaimed the Cowboys to be Super Bowl worthy when they couldn’t even make the playoffs, Greg Hardy a “team leader,” and according to Jerry, Tony Romo, and his glass collarbone has a few more years left.

It appears that his brand of crazy has spread to one of his NFC East opponents, the Philadelphia Eagles. The Eagles screwed up when they signed Sam Bradford to a two-year, $35 million extension. Most quarterbacks have to play well over the course of a few seasons to get paid $17.5 million a year—not half a season of decent games.

Then there is Chase Daniel. Like Bradford, he was a pretty good college quarterback, but unlike him, he has yet to get much of a chance to play outside of preseason action. But Doug Pederson believes in him so he had the team sign him to a three-year, $21 million to be a back-up.

As if that wasn’t perplexing enough, after pledging so much money to two quarterbacks they trade a boatload of picks to trade up in the draft and take another one.

As much as Pederson wants to claim there is no competition, the world has assumed there is, and reporters have been acting accordingly. From what many of them have seen and reported, it looks like rookie Carson Wentz should be the leader—but Pederson insists that Bradford is the man.

“Sam hasn’t only been good in OTAs, he’s been great. His production, everything about the way he has has performed in OTAs has been, and it’s not an overstatement to say this, off the charts. He’s really been good.”

To be fair, he does see a lot more than reporters and knows a little bit more about the game than they do, but for reporters to be so down on Bradford and for Reich to paint an entirely different picture just seems weird.

After the way Bradford played for much of the season it is hard to believe Bradford could suddenly be so good.

Could he actually be seeing something so drastically different than the reporters? Could they just have a negative image stuck in their heads of Bradford from the first half of the 2015 season? Is the media trying to control the narrative by stating how bad they think Bradford is? Or are the Eagles trying to control it?

Are Doug Pederson and Frank Reich Jedi Knights that just need to wave their hands and say something to make it happen?

Who knows, but it will be interesting to see what Pederson does when Bradford flops in the preseason and Carson Wentz or Chase Daniel shines.