Arian Foster Is Taking His Considerable Talents To South Beach 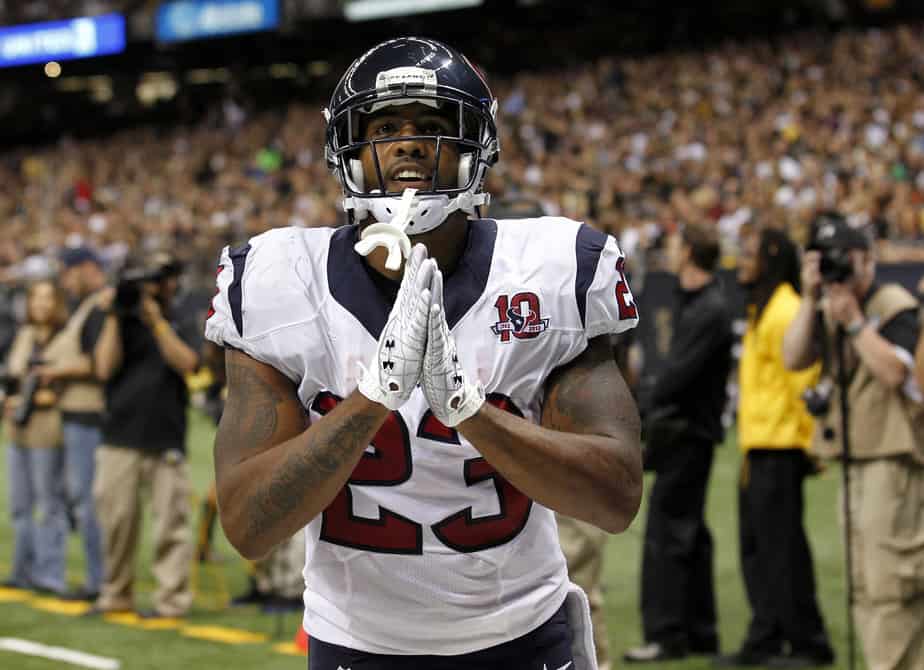 Arian Foster was one of the best in the business when he took the field for the Houston Texans. The former practice squad player turned rushing champ made the most of the opportunity he had with the Texans. In seven seasons with Houston, he set four franchise records and one NFL postseason record. However, in the end, the entirety of his work wasn’t enough.

Had the team asked him what he had done for them lately, he wouldn’t have had much to say. Injuries held him to just 25 regular season games the last three seasons. The Texans decided that wasn’t enough. They needed someone they could count on playing week in and week out, and Foster had proved himself to not be that guy.

That meant he had to go. 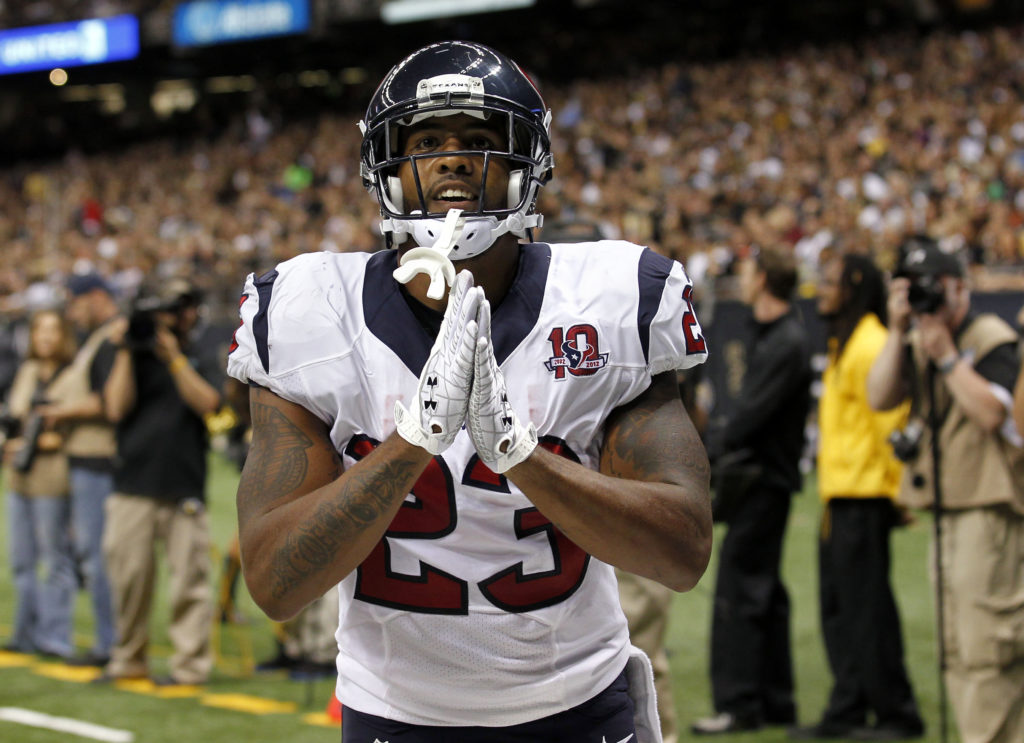 That meant someone had to come in, of course. In the early days of free agency, the team wasted little time signing Foster’s replacement, Miami Dolphins running back Lamar Miller.

In Miller, the Texans had a guy that was younger (25), didn’t have an injury history, and had been used enough in Miami for his potential to be evident without his body getting beaten up.

As for Foster, it became a big waiting game. Foster will be coming off a season-ending Achilles injury and when he was cut was still a long way from being able to do anything.

He might have been able to set a few meetings after he was released by Houston. But no one in their right mind would sign him without a workout.

So he had to wait. He had to sit at home, hope he would heal in time for him to get in good enough shape to impress at least one team. When he finally deemed himself ready, he wasted no time finding a new team.

On Sunday, the news made the rounds online that he had a tryout with Miami on Monday and another with the Lions later in the week.

As it turns out, he will not be keeping his appointment with the Lions. He worked out with the Dolphins as planned Monday and went ahead and signed with them the same day.

So basically, the Texans and Dolphins have swapped running backs. However, while Miller is going to be the main man for the Texans and be paid handsomely for it, Foster has his work cut out for him.

Foster will make a base of $1.5 million and received a signing bonus of $400,000. Should he be cut before the season opens, the Dolphins will only be on the hook for the $400K. He will, however, be able to earn another $2 million in incentives.

Of course to earn them, he will have to fight off second year running back Jay Ajayi and rookie Kenyan Drake. While Foster will have to prove himself, it is hard to imagine he will not be able to beat out the little used Ajayi or a rookie.

According to ESPN Stats & Info, only Barry Sanders and Jim Brown have a higher yards from scrimmage per game average then Foster (min 75 games; Foster-115 yards/game; Sanders-118.9; Brown-125.5). While he had just 2.6 yards per carry last season, he did the bulk of his work after contact (2.0 yards).

The potential for greatness is certainly there—if Foster can keep his 29-year old body on the field.