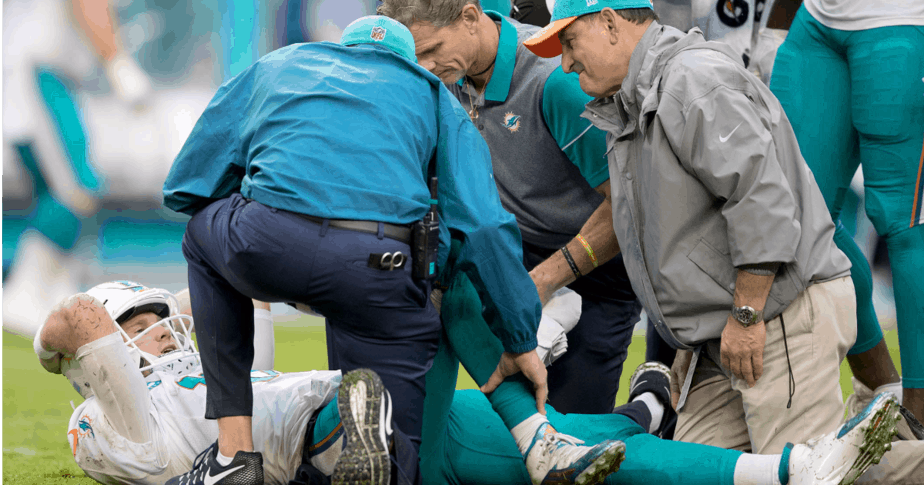 After losing to the Baltimore Ravens last week, the Miami Dolphins knew their playoff chances had taken a serious hit. Coming into Sunday’s game against the Arizona Cardinals they needed to find their “A” game again and hope for a Denver loss to help them climb back into the picture.

A little help from the Tennessee Titans—who played Denver Sunday–wouldn’t hurt either. As luck would have it, the Titans were kind enough to beat the Broncos, 13-10. Miami ended up doing what it needed to do to pull off a 26-23 win over the Cardinals, but it ended up being a costly win. 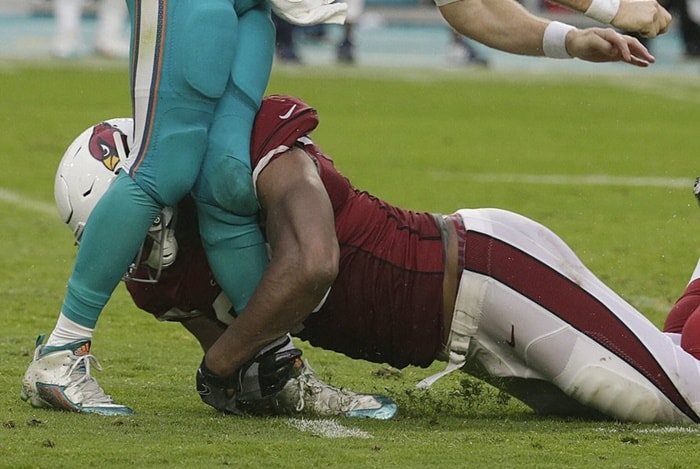 They appear to have lost Ryan Tannehill for the season.

The team has declined to confirm the news choosing to wait for further testing, but the prevailing rumor is that he suffered an ACL which would mean the end of his season.

“We don’t have [it] officially yet,” Dolphins head coach Adam Gase said after the game, “but it doesn’t look good.”

He was having a really good day before he took a low hit to the left leg from Cardinals defensive tackle Calais Campbell knocked him out of the game late in the third quarter. He ended up completing 15 of 20 passes for 195 yards, three touchdowns, and an interception.  Tannehill was especially good when the Cardinals blitzed him (9-11, 152 yards, two touchdowns).

Matt Moore finished the game for Tannehill but was not asked to do much. He only attempted five passes and completed three for 47 yards.

Tannehill left the team with a nice 21-9 lead, but then early in the fourth quarter, the Cardinals mounted their comeback. A 12 play, 99-yard drive was capped off by a nine-yard pass from Carson Palmer to Brittan Golden. But the extra point was blocked and returned by Walk Aikens to give Miami two-points.

Matt Moore couldn’t get the Dolphins offense moving on the next drive, gave the ball right back, and Palmer engineered another touchdown drive. This one needed only seven plays to cover 50-yards with Palmer covering the final eight with a pass to J.J. Nelson.

The two-point conversion was good, and with three minutes to play in a rain-soaked game, the score was tied, 23-23. Both defenses forced a three and out, which put the ball in the hands of Matt Moore with 1:29 to go. 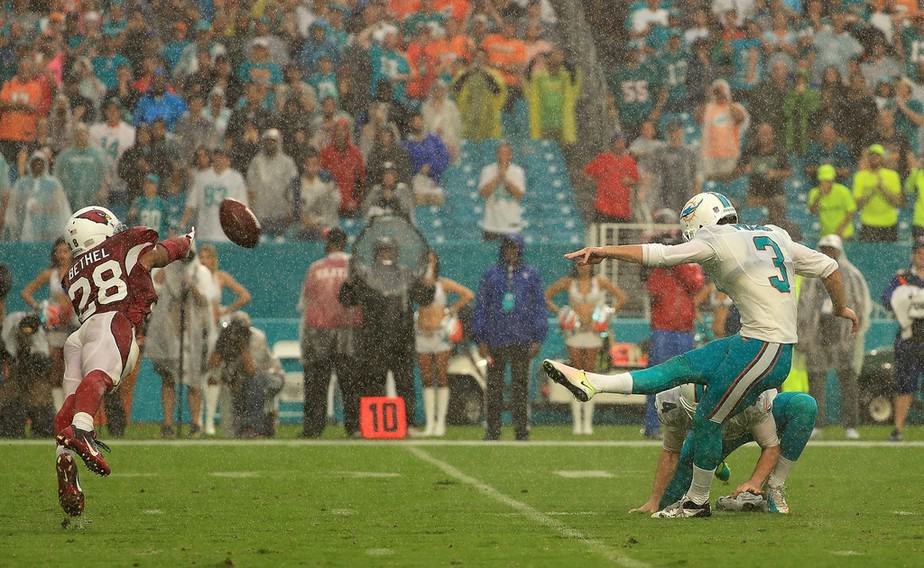 With the win, the Dolphins improved to 8-5, but are still on the outside looking in when it comes to the playoffs. Denver’s loss to the Titans dropped their record to 8-5, but they own the tiebreaker (common opponents).