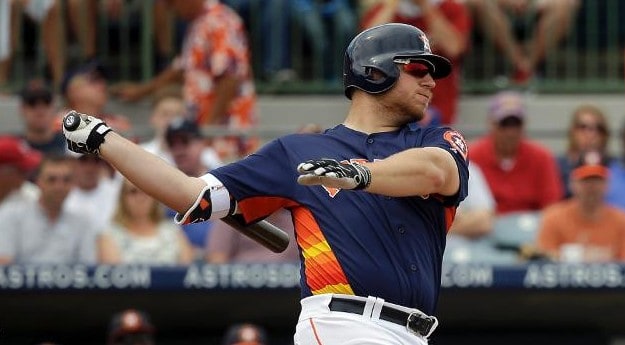 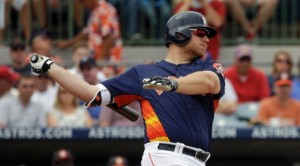 Even amidst the team’s current six-game winning streak that has brought them back to the edge of contention, the Houston Astros have struggled to find a permanent solution at first base. On Saturday, the Astros will try another candidate who they hope will be their first baseman for a long time, A.J. Reed, who is one of Houston’s top prospect and arguably the top first base prospect in all of baseball. Reed will make his major league debut Saturday against the Kansas City Royals, although he will serve as the designated hitter.

“We have a run here (where) we’re facing a lot of right-handed pitching. He’s swung the bat very well in Triple A. He’s played well the last week, so he’s really pushed his way into the opportunity,” Astros manager A.J. Hinch said Friday. “We’re at a perfect time in our schedule.”

To make room on the roster, the Astros optioned Tony Kemp to triple-A. “Unfortunately for Tony, who’s done nothing wrong, it’s going to cost him his roster spot. But getting Reed up here, he’s going to DH quite a bit, he’ll play first quite a bit. His offense could be impactful when he gets settled into the big leagues. Now’s as good a time as any,” Hinch explained.

Even the demoted Kemp believes that promoting Reed is the right move. “He’s going to do a great job up here. I don’t think there’s any doubt about that. He’s been doing all he can in Triple A so he’s been kind of pushing the envelope as of late. He’s going to be a great addition to the team,” Kemp said Friday.

It’s been a little more than two years since the Astros selected Reed in the second round of the 2014 draft after he played his college baseball at the University of Kentucky. Reed is listed at 6’4” and 275 lbs., and possesses massive amounts of raw power. In parts of three seasons in the minors, he’s hit 57 home runs. He’s spent all season at triple-A, hitting .266 with 11 home runs and 19 doubles.

Tyler White, Marwin Gonzalez, and Luis Valbuena have split duties at first base this season, but the Astros haven’t been content sticking with any of them long term. Gonzalez is the most likely candidate to play first base on days that Reed is the DH, but Hinch says Reed will spend plenty of time at first base.

Reed was told he was being promoted to the big leagues Friday before his game at triple-A. “I’m as excited as anybody can be,” he said. “It’s a dream come true and time to take care of business.” Reed also talked about the progress he’s made since being drafted, especially lately. “I feel like the last 15-20 days, I’ve made a lot of progress and I feel like I’m in as good a position I was at last year, and my swing feels really good. My pitch selection is really good right now. I feel like I’m the same spot I was in last year.”

Hinch and the Astros hope that Reed can help the team continue its recent hot streak. Houston still trails the Texas Rangers by nine games in the AL West, but they are just 1.5 games out of the second wild card spot. “He swung the bat as well as anybody in the organization the last week to 10 days,” Hinch said. “It’s a big move for us, it’s a big jolt to the lineup. It’s obviously an important time in his life, but there’s only one first day. It’ll be cool.”