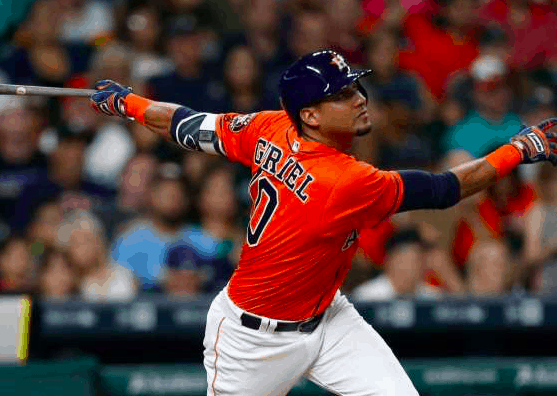 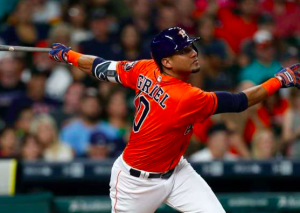 Through a slew of acquisitions this offseason, the Houston Astros have put together what on paper looks like a modern-day Murderers’ Row lineup offensively. However, the challenge the Astros face is finding a defensive position for all of their sluggers. In order to find a place for everyone, Houston is moving a few players around to new positions, but no one faces a tougher challenge defensively than Yulieski Gurriel, who is being asked to become Houston’s full-time first baseman.

The 32-year old Gurriel signed a five-year, $47.5 million contract with the Astros last summer after successfully defecting from Cuba. Houston signed him primarily for his offensive talent, but Gurriel was also a competent third baseman in Cuba, in addition to spending some time at second base and shortstop. However, with Alex Bregman’s meteoric rise through the minors last year, the Astros were forced to move him to third base with Carlos Correa entrenched at shortstop, inadvertently blocking Gurriel at third base.

As it stands, the only position with an opening for Gurriel heading into the 2017 season is first base. Gurriel started four games there last season, but now he knows that his future with the Astros will likely be spent at first base. Thus far in spring training, Gurriel has dedicated a great deal of time to making the transition and learning about all the differences on the other side of the diamond.

“The glove is a little different,” explains Astros manager A.J. Hinch. “He’s an infielder first, and he has a lot of infielder action. I think he’ll have to learn first base. There’s a little bit of difference in handling the ball, a bigger glove.”

Nevertheless, Hinch and the Astros are confident that Gurriel will be able to make a successful transition and ultimately become a viable defensive first baseman.

“From a rhythm, timing and agility area, he’s going to be very good at first base,” Hinch says. “He’s more comfortable this spring than he was last summer, just his ease and interactions.”

If Gurriel can’t make the transition to first base, it’ll be difficult for Hinch to get his bat in the lineup. Carlos Beltran is in line to be Houston’s primary DH, leaving little opportunity for Gurriel in that spot unless the Astros want Beltran playing the field, which is not ideal. Hinch may also want backup catcher Evan Gattis to get some at bats as a DH.

At the same time, the Astros have struggled to find a permanent solution at first base in recent years, and so if Gurriel can’t take ownership of first base, it’s unclear who Hinch will turn to. Martin Gonzalez is an option, although he’s coming off a disappointing season offensively. Colin Moran and A.J. Reed could also be candidates, although neither is an established big league hitter or a strong defensive first baseman. Despite his inexperience at the position, the Astros need Gurriel to solidify himself at first base.

One issue that could be overlooked is the fact that Gurriel is still trying to adjust to major league pitching. The Astros believe he’ll make an impact with the bat, but he hit just .262 with a .677 OPS in 36 games last year. Ideally, he would be able to focus on his offense this spring, but instead, his attention is on becoming a competent first baseman. The Astros are hopeful that Gurriel will be able to excel on both sides of the ball in his first full big league season. However, Gurriel is being asked to do a lot this spring, and how much he can handle remains to be seen.