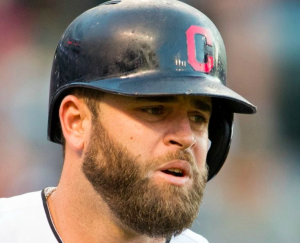 Mike Napoli was a key part of the Cleveland Indians reaching the World Series in 2016, and now he’s one of the top first baseman available on the free agent market. The Indians have stated previously that they would like him back, although they did not offer him a qualifying offer, and so he is on the open market, where his value is quite high coming off a season with 34 home runs and 101 RBIs. In addition to the Indians, two of the teams to emerge in recent days with genuine interest in Napoli are the Houston Astros and Seattle Mariners.

Ken Rosenthal reported Houston’s interest in Napoli on Sunday night. The Astros have already had a busy offseason, but it’s possible that they make one or two more big moves. The additions of Brian McCann and Josh Reddick have given the Astros the left-handed bats they coveted when the offseason began, and so there’s no need to look exclusively at left-handed hitters in their search for a new first baseman.

Currently, the Astros have Cuban defector Yulieski Gurriel penciled in at first base, although he could be moved to left field with George Springer playing center field and Reddick in right field. This would make room for Napoli at first base. Napoli would also be a candidate to spend time at DH for the Astros, although right now the plan appears to be for McCann and Evan Gattis to rotate between catcher and DH this year. However, Napoli may be seen as a better option.

The Astros also have Marwin Gonzalez, Tyler White, and young power hitter A.J. Reed in the mix at first base, so there are no shortage of options. Of course, all three were part of the contingent at first base for the Astros in 2016 when Houston was one of the worst offensive teams in baseball at that position. Thus, the Astros have interest in Napoli despite a slew of other options at first base.

As for the Mariners, they may be looking at Napoli as more of a DH, a move that could push Nelson Cruz into an outfield that is short on offensive game changers. Seattle has already made several minor moves this winter, acquiring Danny Valencia and Richie Shaffer, both of whom could be part of a platoon at first base with youngster Daniel Vogelbach. This would decrease the chances of the Mariners going after Napoli so he can play first base. Instead, Cruz would play the outfield full time, while he and Napoli would help form a potentially lethal middle of the order with Kyle Seager and Robinson Cano.

Of course, the market for Napoli may not be set until Edwin Encarnacion, and perhaps a couple other power bats, sign with a team. There may also be discrepancy in how teams value Napoli, as they weigh his power production in 2016 against his .239 average and his age (35). This could limit Napoli’s offers to short-term deals. However, between the Indians, Astros, Mariners, and perhaps a couple other teams, there are no shortage of suitors with an interest in signing Napoli this offseason, making him a free agent to watch in the days and weeks to come.