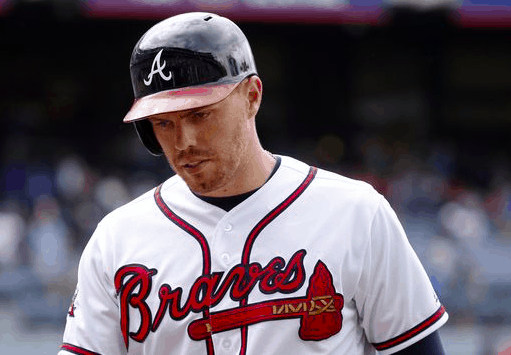 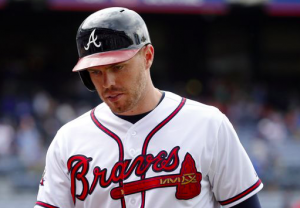 After more than two years of making moves aimed at strengthening their farm system and cutting payroll, the Atlanta Braves may finally be ready to put a competitive team on the field in 2017. That is at least the belief of GM John Coppolella heading into the GM meetings this week. Despite finishing last in the NL East in 2016, the Braves showed some promise the second half of the season, due in part to the presence of some of their young talent. With a few positive moves this offseason, the Braves may actually be able to make some noise in the NL East in 2017.

However, the Braves won’t necessarily be shopping at the top of the free agent market. Coppolella suggests that Atlanta will only sign starting pitchers who are available on one- or two-year deals. The Braves have a slew of promising pitching prospects, and they don’t want to block those young pitchers from reaching the majors by committing to free agents on long-term deals. Of course, outside of Sean Newcombe, none of Atlanta’s top pitching prospects are likely to reach the big leagues in 2017.

“You don’t buy No. 1 starters, you grow them. You draft them, you develop them. For us, it’s not efficient for us to go out and buy a No. 1 starter. Unless something drastically changes, you won’t see us going after a No. 1 starter,” Coppolella explains. “We’re looking at a number of different trade possibilities, but also the free-agent market where we don’t have to trade away prospects.”

In terms of position players, Atlanta’s infield outside of first baseman Freddie Freeman is very much in flux, but Coppolella believes that the outfield for 2017 is already in place with Matt Kemp, Ender Inciarte, and Nick Markakis. “We feel like we’ve got one of the best outfields in all of baseball and we don’t want to break that outfield up,”

Of course, while Coppolella isn’t looking to make any changes to his outfield, he remains open minded about any potential trades, especially early in the offseason. “We don’t know what’s going to be brought to us. There could be a great deal that we would have to explore further. If something makes sense for the Braves and will make us better in the short term and the long term, in the view of our scouts and our front office and our whole group – yeah, we’re not going to wait around for any type of artificial date,” Coppolella said, referencing the upcoming GM meetings, when executives have a chance to lay the groundwork for potential trades. “The best time to make a trade is when a good trade is offered to you. We’re always trying to find ways to get better.”

Coppolella has shown in the past that he’s not shy about making deals, especially early in the offseason. The only difference now is that he’s finally thinking about short-term gains and not just rebuilding for Atlanta’s long-term future. That could make the Braves an interesting team to watch, as the offseason kicks into gear at the GM meetings this week.