The end of the Super Bowl could not come soon enough for the San Francisco 49ers. It meant that they could finally do what they have wanted to do for weeks—hire their next head coach, Kyle Shanahan. But that now means Atlanta Falcons head coach Dan Quinn must find someone that can take over the reins of the No. 1 scoring offense in the NFL. 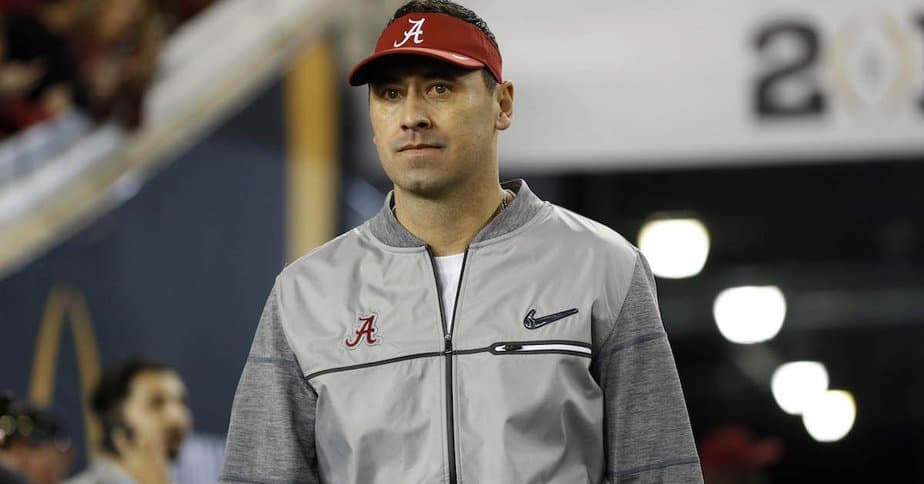 While it is not unusual for an NFL team to tap the college ranks for coaching talent, this hire is a little surprising for a couple of reasons.

With the exception of some strange play calls in the second half of the Super Bowl, the team has every reason to want the offense to continue next season right where it left off. So, why not promote from within to ensure that is indeed the case?

They had a perfectly good candidate in quarterbacks coach Matt LaFleur—who is rumored to now be headed to Los Angeles to be the Rams new offensive coordinator. But for some reason, Quinn opted to go with a guy who was about to lose his job after coaching just one game.

Rumor has it, that after coaching just one game for Alabama Sarkisian and Crimson Tide head coach Nick Saban were already ready to call it quits. Much like Saban’s relationship with Lane Kiffin, there were philosophical differences. Sarkisian and Saban were supposedly going to part ways after National Signing Day.

“There was an effort on Saban’s part not to repeat the same problem. This wasn’t going to work out,” a source close to Sarkisian told SB Nation.

You would think a guy who had lost his last job because of his drinking would have tried a little harder to get along with his new boss and make it work. After getting let go following reports that he was intoxicated at a pre-practice meeting and possibly during a game as well, Sarkisian is lucky to have gotten another job with anyone let alone a job with the premier program in college football.

Not that his drinking should preclude him from getting another job. He did receive treatment after leaving USC, and there were no reported problems with alcohol during his time at Alabama. People deserve another chance, right?

But why hire him? Why roll the dice on a college coach with baggage?

Well—it can only be assumed because of his long track record working with quarterbacks. During his first stay at USC he coached a pair of Heisman Trophy winners in Carson Palmer and Matt Leinart, and during his last stay, he helped make Cody Kessler look like a guy worth drafting. 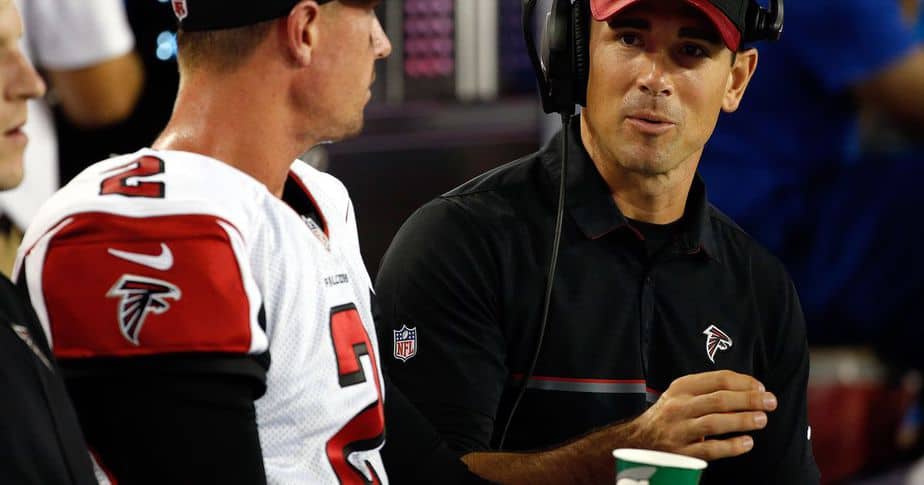 He only has one season of NFL experience under his belt, a season as the Raiders quarterback coach in 2004.

“As a play-caller, I felt like, number one, what an aggressive play-caller he’s been through the years,” Quinn said of the reason behind the hire. “He has a real familiarity with the live zone scheme, the play action, the keepers. That’s such a big part of what we do. It’s him as a play-caller, two of the guys that I respect most in our profession, Pete (Caroll) and Nick (Saban) and being part of both of their programs; I know what he stands for as a coach.”

When you have a superstar quarterback like Matt Ryan guiding your offense, it pays to have someone that has a track record coaching quarterbacks—but why not get someone with success at the NFL level like their own quarterbacks coach?

Hiring LeFleur would have made for the most seamless transition, but for some odd reason, the Falcons went a different route.

Good luck getting back to the Super Bowl next year Falcons. You’re going to need it.