Fans of the Georgia Bulldogs and TCU Horned Frogs had high hopes coming into the 2016 season. Both had some talented players coming back but also needed some First-year holes filled. Everything didn’t quite work out for either team.

TCU was going to be working in a new starting quarterback, Texas A&M transfer Kenny Hill. They knew he was athletic and could throw the ball a mile, but didn’t always make the best decisions and could be streaky. But they were not too worried about it because their defense would be good enough to cover for him—except they weren’t. 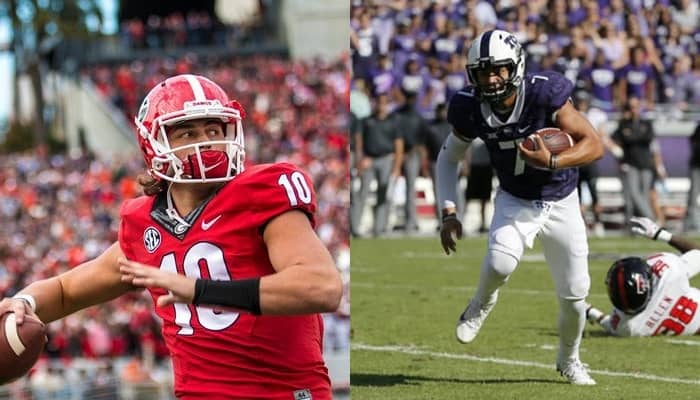 First-year head coach Kirby Smart was coming into a good situation with two stud running backs in Nick Chubb and Sony Michel. He had a solid but unremarkable starting quarterback in Greyson Lambert. Smart ended up handing the job over to freshman Jacob Eason. While the youngster had his moments, he still played like a freshman at times as well.

The Bulldogs looked like a talented team with a new head coach—they were good, got better as the season went on, but still had moments when they slipped and struggled. Now they will face off with another good but not great team in the TCU Horned Frogs.

Georgia has a pretty decent pass defense (No. 18 in the country) which doesn’t bode well for Kenny Hill, but the Bulldogs can’t just shut Hill down. TCU averages close to 200 yards on the ground, and will be more than happy to run wild over the Georgia defense (who isn’t bad against the run). But TCU’s offense is not going to be like anything the Bulldogs are accustomed to seeing in the SEC:

“Our defense is going to have to go against some four- and five-receiver sets and that puts you in pass-rush mode,” Smart said. “The TCU offense presents some challenges that we’re not used to seeing.” 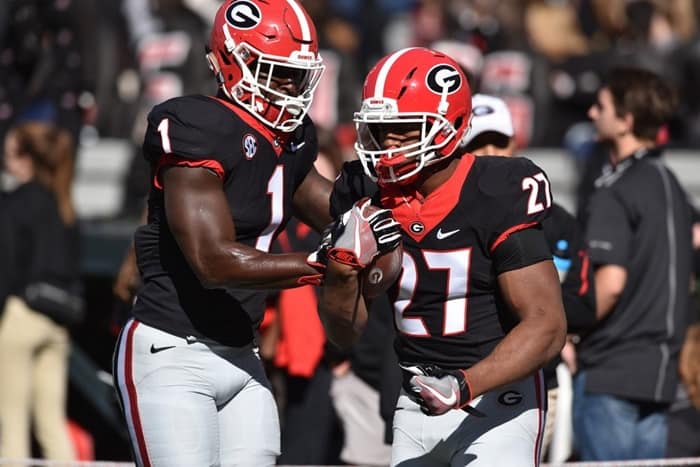 The best shot Georgia will have at controlling Kenny Hill will be with their own offense. The Bulldogs running game averaged about 186 yards/game this season—and they played some pretty good run defenses in the SEC. Should they be able to get Nick Chubb and Sony Michel moving the sticks, the Bulldogs could take a lot of time off the clock.

Kenny Hill can’t score if TCU doesn’t have the ball. However, TCU will probably do whatever they can to stop the Bulldogs running game and force Jacob Eason to beat them with his arm. The Georgia passing game has averaged less than 200 yards a game this season. Eason completed only 55 percent of his passes, threw eight interceptions, and just 14 touchdowns.

So—who will guide their team to victory? Will it be Georgia’s running game or TCU’s passing game?

Fans will find out Friday afternoon.