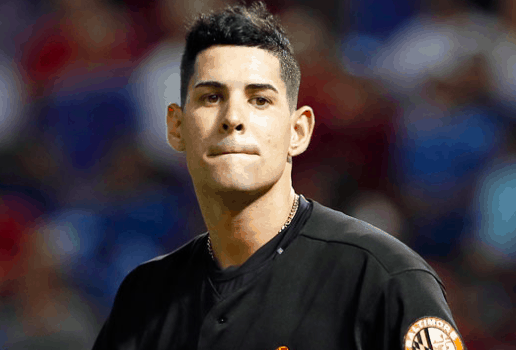 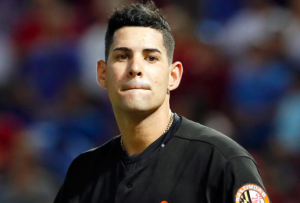 The Baltimore Orioles optioned outfielder Dariel Alvarez to minor league camp on Tuesday. On Wednesday, Alvarez reported to minor league camp as a pitcher. The Orioles have decided to convert the 28-year old Cuban into a pitcher, believing his best chance to have a productive big league career is on the mound. Alvarez has resisted the move in the past, but after going hitless in 11 at bats thus far in spring training, he’s going along with the move.

“We talked to him for about 20 minutes yesterday,” Orioles manager Buck Showalter shared with the media Wednesday. “We’ve been talking to him off and on for about a year. You can’t go from A to Z with that.”

Alvarez signed with the Orioles in 2013 after defecting from his native Cuba. By August 2015, he had made it to the big leagues. However, he has just 14 major league at bats to his name and was on the outside of a crowded outfield competition this spring.

Alvarez hit .288 with 38 doubles in triple-A last season. However, he doesn’t bring enough to the table in terms of speed or power, making it difficult for him to hold a full-time job in a major league outfield. But what Alvarez does have is an arm that scouts regard as double-plus, making him a perfect candidate to be converted into a pitcher.

The Orioles did the same with Mychal Givens in 2013, and Givens is now an important part of Baltimore’s bullpen after going 8-2 with a 3.13 ERA in 66 relief appearances last year. The plan with Alvarez will be similar to what the Orioles did with Givens a few years ago, and Baltimore’s hope is that the results are the same as well.

When Alvarez first defected from Cuba, there were teams interested in signing him as a pitcher. He sometimes throws off a mound during the offseason and has reportedly hit 97 mph on the radar gun. Alvarez is now going to give pitching another chance, but with the caveat that he will be able to serve as a DH on his days off.

“He’s going to continue to hit as he works out his pitching, but he has some experience as a pitcher professionally in Cuba, and he has a good arm, so he’s going to see if he can develop that talent and see if he can establish himself as a major league pitcher,” explains Orioles executive vice president Dan Duquette. “He’d like to continue his hitting and develop his pitching. That’s what he’s agreed to do. We’ll see how it goes.”

The hope is that Alvarez will show enough pitching acumen during spring training to be ready to pitch as a reliever for one of Baltimore’s full-season A-ball affiliates this season. Alvarez has two more minor league options, meaning he has two years to prove that he can pitch in the majors before the Orioles risk losing him. By using Givens as a blueprint, the Orioles believe it’s possible.

“We just laid it out. Here’s what we see. Here’s what we’re thinking, and what do you think?” Showalter said Wednesday. “He’s got to embrace it. This is something that he’s wanted to do, but the big thing for him is that he didn’t want to leave the offensive part of it behind. We were trying to tell him the focus he’s got to have on it. He’s pretty confident about his pitching.”

Alvarez figures to disappear from the spotlight for a while, as he goes back to A-ball, hoping to work his way back up to the big leagues as a pitcher. If nothing else, it’ll be an interesting experiment to watch, especially after the Orioles did the same thing with Givens. We’re unlikely to see Alvarez in the majors this season, but it’s possible by 2018 he could be standing on the mound at Camden Yards.