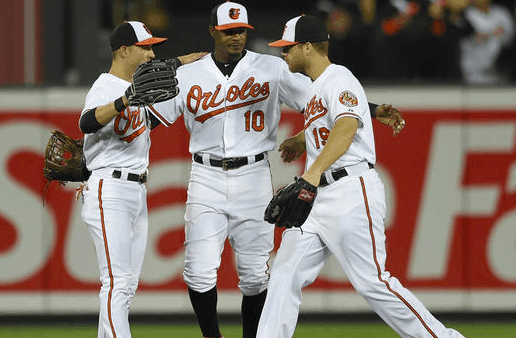 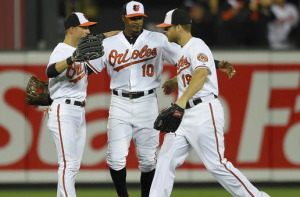 After reaching the Wild Card game in 2016, the Baltimore Orioles believe that their window to compete is still wide open. However, changes are coming to the Orioles this offseason, as the team is looking to bolster its outfield. The Orioles may have to deal with losing players like Mark Trumbo and Matt Wieters to free agency this winter, and it appears they plan to make up for those absences by adding to their outfield, which at the moment has some serious question marks outside of center fielder Adam Jones.

Obviously, the Orioles would like to retain Trumbo, who was one of 10 players to receive a qualifying offer, but after leading the majors in home runs last season, re-signing him may not be realistic considering the money he’ll command on the open market. This becomes a huge issue for Baltimore, because outside of Trumbo and Jones, the Orioles relied on the likes of Hyun Soo Kim, Michael Bourne, Joey Rickard, Steven Pearce, and Nolan Reimold during the 2016 season. Most of these players are either free agents this winter or players who may not have the caliber to be every day players, creating multiple vacancies in Baltimore’s outfield to fill this winter.

At the moment, Josh Reddick appears to be Baltimore’s top free agent target among outfielders. Reports indicate that the Orioles are “pursuing” Reddick, although negotiations have not advanced to a serious stage. Baltimore GM Dan Duquette has previously said that the team was looking for a left-handed bat, and obviously Reddick would fit that need. Reddick is also a sound defensive player and a cheaper option than Trumbo, making him a viable replacement for 2016’s home run king. Reddick also has a career OPS of 1.167 at Camden Yards, albeit in just 87 at bats.

There have also been reports connecting the Orioles to Ian Desmond, who could also fill a corner outfield spot. Of course, Desmond only started playing the outfield in 2016 and would be a step down in that department from Reddick and some of the team’s internal options. It’s also important to note that Desmond has also received a qualifying offer, and so signing him would mean the Orioles would have to sacrifice a draft pick.

Of course, Reddick and Desmond are just two of the options on the free agent market that the Orioles could pursue this winter. With Reddick being the better defensive outfielder, he would appear to be their top target, but there may be others to consider as well. Gregor Blanco, Alejandro De Aza, Coco Crisp, and Michael Saunders are all left-handed batters who would be solid defensively and could help fill a corner outfield spot for the Orioles. Of course, all would be a step down offensively from the likes of Reddick and Desmond.

It would seem inevitable that the Orioles sign at least one free agent outfielder this winter, but at this point it’s still too early to say who that could be. Signing either Reddick or Desmond would give Baltimore’s lineup the boost it’ll need if Trumbo and Wieters are both lost to free agency. Of course, there will be plenty of other teams pursuing those players and no guarantee the Orioles will be able to add one of their top choices.