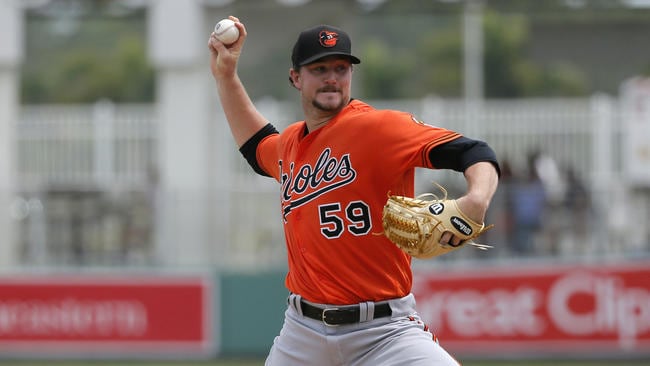 Mike Wright will start for the Baltimore Orioles against the Detroit Tigers.

The Baltimore Orioles continued on their recent red hot streak by beating Jason Verlander and the Detroit Tigers Friday night by a score of 1-0. Verlander always brings his best stuff against the Orioles, and Friday’s performance was no different, but the Orioles’ Chris Tillman was one run better as the Orioles squeezed out a win to push their winning streak to 6 games.

The two teams will continue their 4 game series Saturday at 7:05 EST as the Tigers will send Anibal Sanchez to the mound to face-off against Baltimore’s Mike Wright.

Sanchez has been slightly more effective in his last 3 games as he’s gone 1-1 with a no decision to his credit, while sporting a 4.82 ERA and 1.393 WHIP during that stretch.

Whether it’s the pitching or the bats, Detroit’s club seems to take turns taking the blame for the mounting losses each night. Verlander pitched lights out yesterday, only to lose 1-0. In Thursday’s game, the Tigers’ bullpen blew a 5-2 lead in the 7th to lose the game 7-5. They just can’t seem to right the ship as they’re in the middle of another 3-game losing streak, and have only won 1 of their last 11 games. They’ll need to make some serious changes if they wish to bounce back in the last two games of this series in Baltimore, as the first place Orioles are clicking, and even when their stellar lineup falters like yesterday, they have the pitching there to back them up.

The Tigers will want to take advantage of tonight’s pitching match-up, as things get much tougher on Sunday when they’ll face the Orioles’ Kevin Gausman who has looked great at times this season.