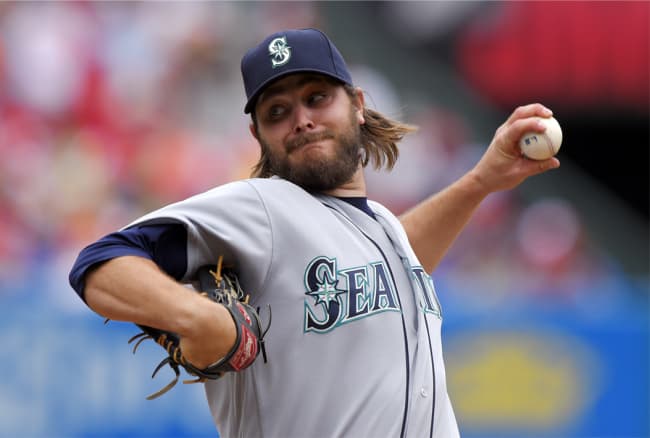 Wade Miley will start for the Mariners vs the Orioles

The Baltimore Orioles had their 7-game winning streak ended last night with a late comeback by the Detroit Tigers to steal the final game of the two teams’ 4-game series in Baltimore. The Orioles’ will continue the second leg of their 7-game home stand on Tuesday night when the Seattle Mariners come to town.

Seattle is on a 3-game losing streak after getting swept by the Los Angeles Angels, and before that they swept a series of their own against the Tampa Bay Rays. They’ve shown exceptional balance both at the batter’s box and on the mound this season, but they’ll be facing one of the best lineups in the league with the Orioles currently batting 0.271 as a team for the year, including 0.310 over the last 7 games.

Taking the mound for the Mariners will be Wade Miley with a 3-2 record on the year, including 2 wins and a no decision in his last 3 starts. With an ERA of 4.91 for the season, Miley has stepped it up of late with a 2.57 ERA over his last 3 games. However, for his career, Miley is 0-2 versus Baltimore with an ERA of 10.13.

For the Orioles, Ubaldo Jimenez will get the ball to start the series. 1-1 with a no decision in his last 3, Ubaldo enters Tuesday’s game with a 4.87 ERA and a WHIP of 1.721.

The Orioles will be looking to get back in the win column after yesterday’s late upset loss against the Tigers. They’ll look to their bats to get to Wiley early and often, as they’ve done in the past, and try to keep him winless against the Orioles.