For the last few years, the Baylor Bears have been in the national championship conversation for a good part of the season. Coming into this season, with head coach Art Briles being let go in May, the expectations were not nearly as high. But then the craziest thing happened–the Bears started winning games without Briles.

One win turned into two and the next thing fans know, the Bears had started the season with a six-game winning streak. After destroying Kansas for win No.6, they became bowl eligible and moved up a few slots in the national ranking to No. 8. 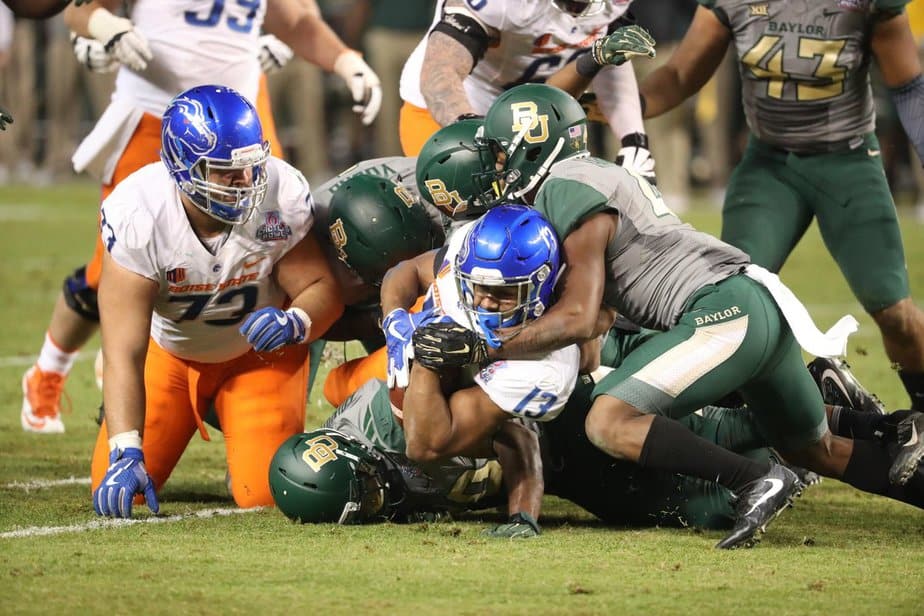 Then the wheels fell off.

After losing a close one to Texas, the wheels fell off against TCU. Oklahoma embarrassed them as did Kansas State and Texas Tech—yes, the Red Raiders. In their regular season finale against West Virginia, they played better than they had the last few weeks, but it wasn’t enough (they still lost).

So, after starting the season off with six wins, they ended it with six losses as the program became the train wreck that it was expected to be when the season started. Luckily, they started the season with six wins, so they were already bowl eligible before everything fell apart.

But would they really want to play another game? Name recognition would help them get into one of the better lower-tier bowls which would mean a higher payout, but also a tougher opponent. With how they played the second half of the season, do they want really want to get spanked on national television?

Beating a 10-2 Boise State would not have been easy for the Bears when they were playing well. It certainly didn’t help that running back Shock Linwood decided he didn’t want to play because he wanted to concentrate on preparing for the NFL draft (but what he really meant was he was afraid he would get hurt, and his draft stock would drop).

So—without their star quarterback (Seth Russell suffered a season-ending ankle injury against Kansas State) and star running back and a defense that allowed over 50 points/game in the month of November, did they stand a chance against Boise State? Could they hang with an offense that averaged nearly 34 points a game and a defense that gave up around 23 points/game?

Vegas didn’t think so and made the Broncos a 7.5-point favorite—and boy were they wrong.

Freshman Zach Smith, who took over at quarterback when Seth Russell was injured, had the best game of his young career completing 71.8 percent of his passes (28-39) for 375 yards and three touchdowns (and one interception). KD Cannon was his favorite target and ended up setting a new Cactus Bowl receiving record with 14 receptions for 226 yards and a pair of touchdowns; the bulk of which came within the first 18 minutes of the game.

Sophomore running back Terrance Williams made sure no one missed Shock Linwood with his fourth 100+ yard day of the season (25 carries for 103 yards). But Baylor’s offensive prowess was not what was surprising. How well the defense played certainly was. 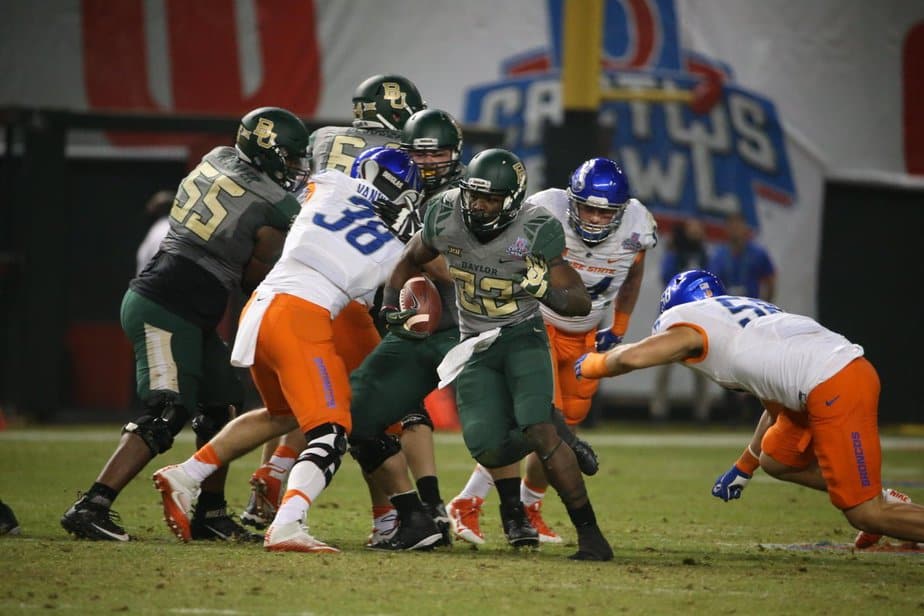 The same defense that gave up 250 yards to Texas running back D’Onta Foreman, 124-yards to Oklahoma’s Joe Mixon and another 100 to Samaje Perine, and 192 yards and five touchdowns to TCU running back Kyle Hicks held Boise State’s Jeremy Nichols to just 46 yards on 19 carries.

Broncos quarterback Brett Rypien hadn’t thrown an interception since an October 29 loss to Wyoming, but ended up throwing two against the Bears, one in the end zone and the other with the Broncos in scoring position. Baylor responded to both by going on long scoring drives (a 6 play, 81-yard drive and a 15 play, 99-yard one).

Boise State’s offense managed to move the ball inside the Baylor 30-yard line five-time on the night but was only able to score a pair of field goals (two drives ended with interceptions, and the other was a turnover on downs).

The Broncos finally made it into the end zone with 1:20 left in the game (and missed the two-point conversion) to make the final score 31-12, Baylor.

After the game interim head coach Jim Grobe, who came out of retirement to guide the program through the season after Briles was let go, admitted that the way the press painted the program in a negative light and the treatment the team received on the road played a part in the mid-season breakdown. 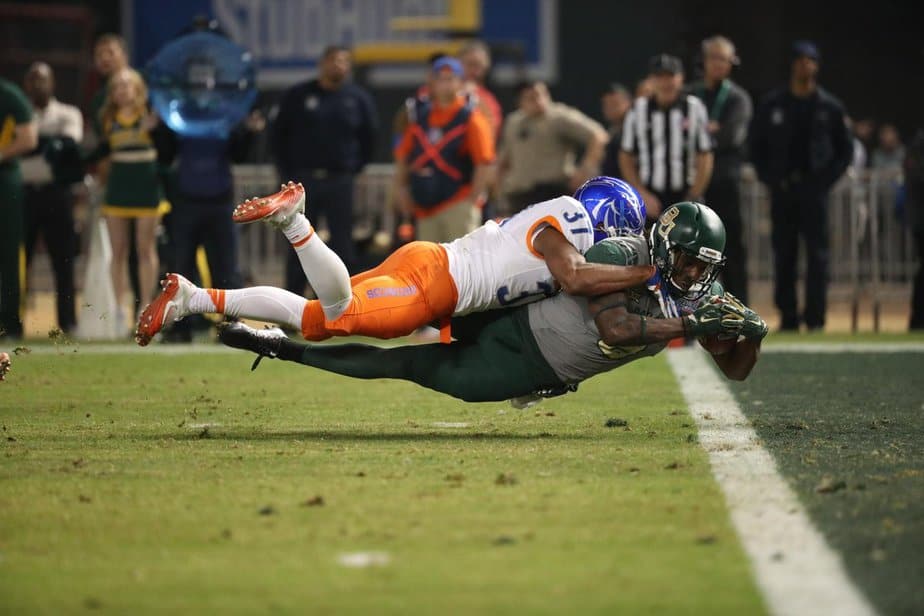 But it’s also what makes going out with a win like this so sweet:

“Our guys looked like kids out there playing,” Grobe said. “That was a lot of fun.”

Who knew playing football could be fun?