The Kansas Jayhawks have failed to win at least a piece of the Bi 12 regular season title only once since 2002 (Oklahoma State won it in 2004). Since the 2002 season, the Jayhawks have won the title outright ten times including the last three seasons. So, if a team like Baylor wants to set its sights on winning the conference, they know they will have to go through Kansas—and the Bears got a chance to prove they can do it Wednesday night.

But to do so, they would have to make history. 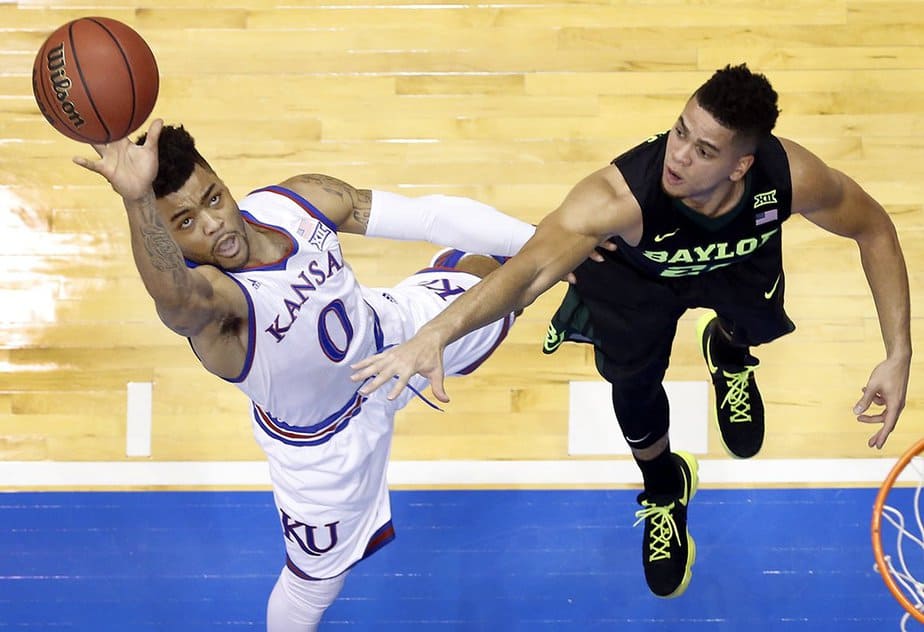 They would have to beat the Jayhawks on their own court. No big deal, right? Teams lose on their home court all the time—but not Kansas. Heading into the game, they had won their last 50 home games and their last nine against the Bears.

In fact, they have never lost to Baylor at home—and still haven’t.

The No. 2 Baylor Bears gave the No. 3 Kansas Jayhawks all they could handle, but in the end, the home team was not to be denied.

After falling behind by eight points by the end of the first half, the Jayhawks only needed a couple of minutes in the second to erase the deficit. The game remained close with neither team gaining much of an advantage throughout the remainder of the game.

A three-pointer by Baylor’s Ishmail Wainright tied the game up at 64-64 with three minutes still to play but after a Josh Jackson dunk and a pair of free throws by Frank Mason III, Kansas took a 68-64 lead. Manu Lecomte got Baylor within two with 53 seconds to play, 70-68, but the Bears would not make another shot.

Down by three, 71-68, the Bears had a chance to tie the game up on their final possession of the game. But they were unable to get an open shot, and when Johnathan Motley’s pass landed out of bounds, the game was essentially done.

Mason would end the scoring for the game with a pair of free throws and two seconds on the clock to make the final score 73-68, Kansas.

“We know it’s going to be hard,” Kansas coach Bill Self said after the game. “and if we hadn’t won tonight, we’re not out of the race. But it would be even more of an uphill climb.”

Josh Jackson led the way for Kansas with 23 points and 10 rebounds followed by Frank Mason’s 19 points. 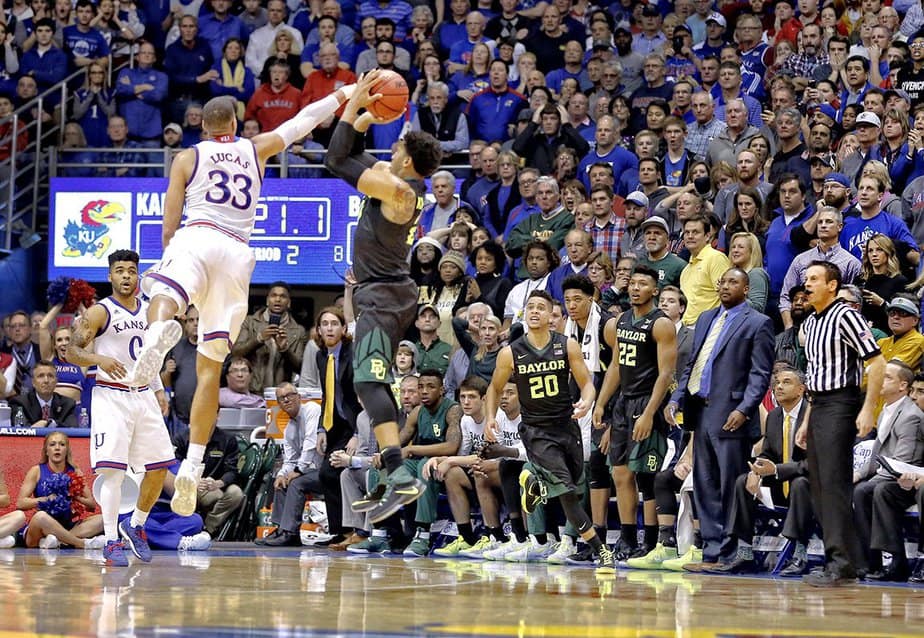