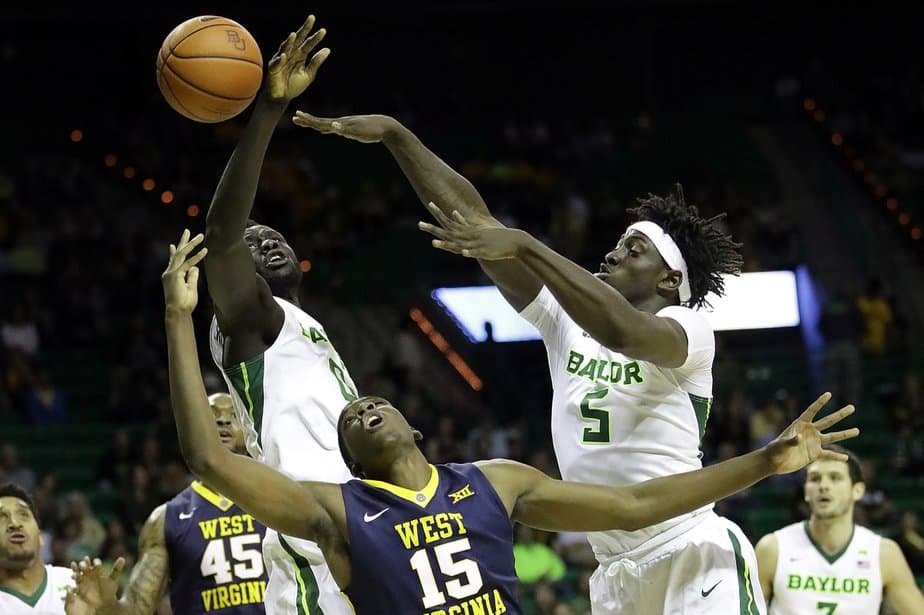 At one point during the season, both Baylor and West Virginia appeared to be legitimate national title contenders. Baylor started the season with 15 wins including four over ranked teams and was named the No. 1 team in the nation for the first time in school history. West Virginia was 13-2 when it faced the No. 1 Bears at home, and dominated Baylor in a 21-point win.

Neither team has been very consistent over the last month of the season, but heading into the game momentum was West Virginia’s side. The Mountaineers entered Monday night’s game on a three-game winning streak after losing by four to Kansas in overtime. Baylor, on the other hand, entered the game having lost three of their last four.

Baylor started the game with a 12-3 run only to see West Virginia battle back to take a 30-28 lead into halftime. The Mountaineers maintained control of the game at the start of the second half, but Jevon Carter gave West Virginia a 49-41 lead with 9:09 remaining it was all downhill from there. The Bears went on a 30-13 run to finish the game and secure the win, 71-62.

Junior forward Jonathan Motley fueled the second half comeback with 19 of his 23 points coming after halftime. Much of his work came at the free throw line (11-11). The Bears appeared to make a point to attack the paint more in the second half. After being outscored in the paint during the first half (12-16), the Bears won the second half, 20-18.

“If you can get stops, and then get in transition, that’s so big and so critical,” Baylor coach Scott Drew said (ESPN). “When they score, they set up the press. And by the time you get it across half court, you’re ready for a water break.”

Baylor had more turnovers than West Virginia in the game (18-8), but they made 11 fewer than when they played the Mountaineers earlier this season. The Bears dominated the boards, 43-23, as well as second chance points, 12-4.

“Defensively, we got real tentative,” West Virginia coach Bob Huggins said (ESPN). “And really they just beat us to death on the glass.”

It didn’t help that the Mountaineers two best players, Jevon Carter and Nathan Adrian, got into early foul trouble and couldn’t be too aggressive—which doesn’t work when you run the press as West Virginia does.

Jonathan Motley led the Bears with 23 points and eight rebounds followed by Al Freeman who had 12 points off the bench. Jevon Carter had 18 points and nine rebounds on the night to lead West Virginia.

Being the final home game of the season, it was Senior Night for the Bears who have just one senior on the roster, Ishmail Wainwright. He was honored with a video montage after the game. He had seven points and eight rebounds on the night. 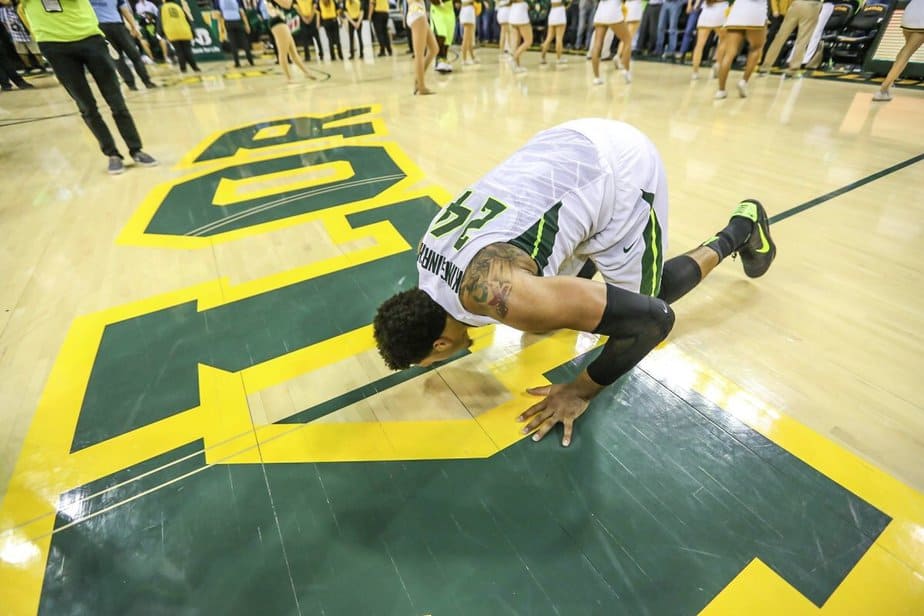 “This was extremely special. My last one, a great ride four years in the making,” Wainright said after the game. “They said it was for me and that’s the only thing I can really say about that one. A great team.”