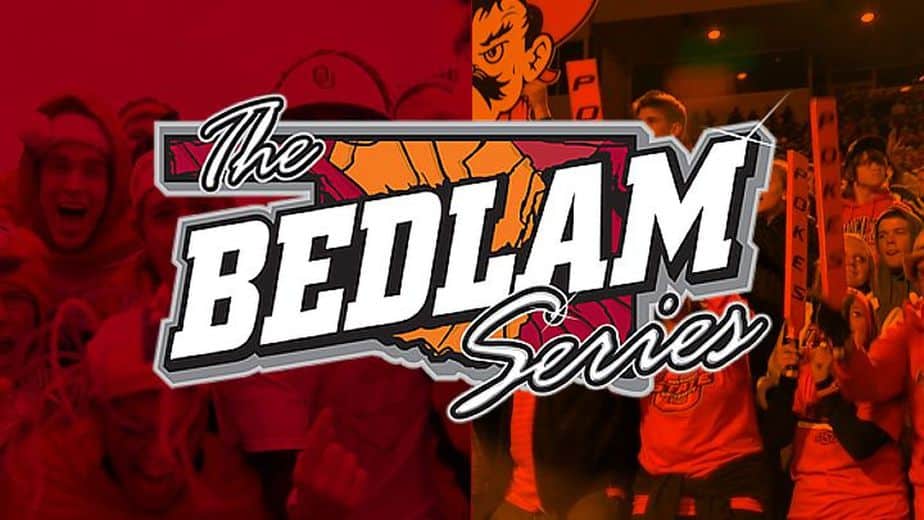 Starting next season, the Big 12 will once again have an official championship game, but for this season the conference champion will simply be the team with the best record. That team will be whoever walks away from the 111th meeting between the Oklahoma State Cowboys and Oklahoma Sooners with the win.

If the notion gives you a sense of déjà vu it should. Last season’s edition of the Bedlam game featured the No. 3 Sooners and the No. 11 Cowboys with a spot in the College Football Playoffs on the line for the Sooners as well as the conference championship. 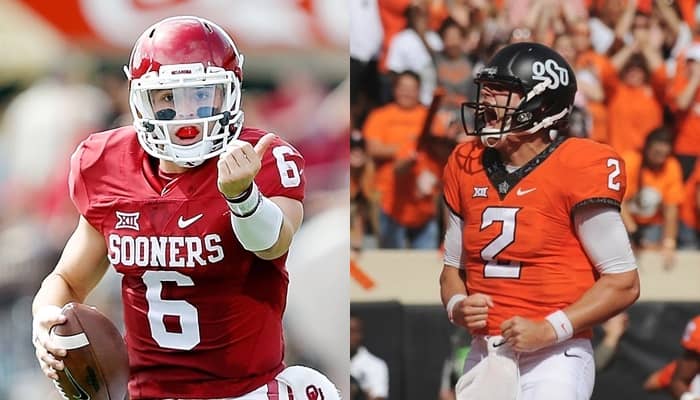 Oklahoma State doesn’t get the chance to play spoiler this year, but the No. 10 Cowboys can put the final nail in the coffin of No. 9 Oklahoma’s slim playoff hopes. They will just have to figure out how to put some pressure on Baker Mayfield, cover Dede Westbrook, and keep Samaje Perine and Joe Mixon from running all over them (like they did last year; 31 combines carries for 267 yards and four touchdowns).

More than likely—they will not be able to do it. Oklahoma State’s defense has had its moments, but over the course of the season they haven’t been that good (No. 89 total yards). They are not particularly great at stopping the run (No. 81) or the pass (No. 89).

But for all the yards they give up, they do a decent job of keeping teams out of the end zone allowing just 27.2 points/game. They are one of the better teams in the country at stopping teams from scoring after they get into the red zone (No. 27(t)).

Oklahoma State employs a philosophy that is not uncommon in the Big 12—why worry about defense if you can just outscore them?

Simple philosophy, right? However, they are going to be hard-pressed to outscore the Sooners. 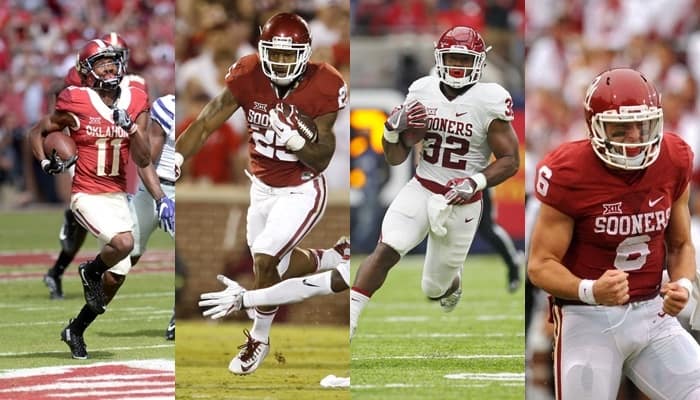 Mayfield has developed an uncanny knack for being able to hit wide receiver Dede Westbrook with the deep ball. Of his 15 touchdown receptions, this season (zero in the first three games), 12 of them were receptions of 40+ yards with six of them being 60+ yard catches.

If they try to double or triple team Westbrook, then the Sooners will just run Perine or Mixon down the middle of the Cowboys defense until Oklahoma State decides to stack the box to stop the run. When they do that, Mayfield will hit Westbrook deep—who is now being single covered since the safeties had to cheat up to help with the run—for another touchdown.

The Sooners have some incredible weapons on offense that can do some damage to a so-so defense like the Cowboys have. However, Oklahoma will still have to overcome one major roadblock to what looks a possible easy win—their own defense.

Oklahoma is great at scoring points—which is good since they are also pretty good at giving them up (No. 81; 30.5 points/game). Their run defense is not bad (No. 48), but the Cowboys are not going to be too concerned about running the ball when they have the No. 6 passing game in the country going up against the No. 122 pass defense. 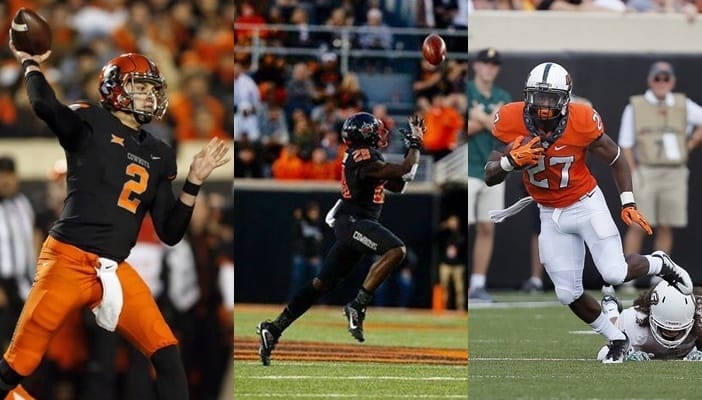 So—how is the game going to go? Well…this will be the most exciting game of the weekend. Baker Mayfield and Mason Rudolph are going to put on a passing clinic. The game could very well come down to who has the ball last.

But when it comes down to it—Oklahoma has more talent on the roster and is a better team. What Oklahoma State will need to win is for Rudolph to play a mistake free game, and for Mayfield to throw an interception or two. It wouldn’t hurt if Mixon were to put the ball on the ground a couple of times too.

If the Sooners win, it will be their 10th conference title they’ve earned under Bob Stoops in 17 seasons. A win would give them an outside chance of sneaking into the CFB playoffs as well. A win will not give Oklahoma State any shot at making the playoffs, but it will secure the team’s third 10+ win season in four years.