Normally college football is enjoyed under a bright blue sky with plenty of sunshine. But as the demand from fans for more games increases, college football has added a plethora of night games each and every season.
And while for the most part, wagering on these games is just like any other game, there are some ways that these games are different. Those differences can be headaches or an edge for college football handicappers that can figure them out and master them.
With that, here are a few differences that bettors need to be aware of when wagering on college football night games.
For starters, is either team used to playing night games more than the other?
Some teams might play a lot of night games, while others play very few. Usually, teams that play a lot of night games are big name conferences with higher profile schools, which probably means that teams from the C-USA are going be far less experienced playing under the lights than a team from the SEC, PAC-12 or Big 10.
This is important because night games are different in a myriad of ways. 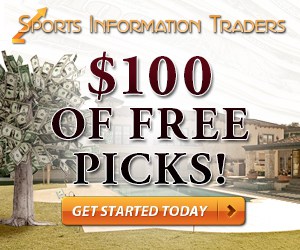 First, the lights can be a factor, especially for receivers who must track the ball against a dark sky. Second, kickoff times are different, meaning players will have to adjust to a different pregame routine. This will have a much larger impact on players that play fewer night games, or perhaps are playing their very first night contest ever. The impact can be particularly significant for teams playing in different time zones.
Of course, some of the impacts here can be mitigated by playing in a stadium that is set up well for hosting night games.

The Smartest handicappers need look at the weather

And while weather is an important factor for day games as well, temperatures can plummet for night games in northern climates. Handicappers need to be aware of game start times, and how the teams involved are likely going to be able to deal with it as the night progresses. Teams more familiar with colder climates are probably going to hold the edge here, especially if the cold evening air is combined with rain or snow, which has an adverse effect on night lighting as well.
Another thing to consider when betting on college football night games is the impact of the crowd.

With that, handicappers need to keep an eye on any line movement, and try to find value in ones that probably been inflated by the books.