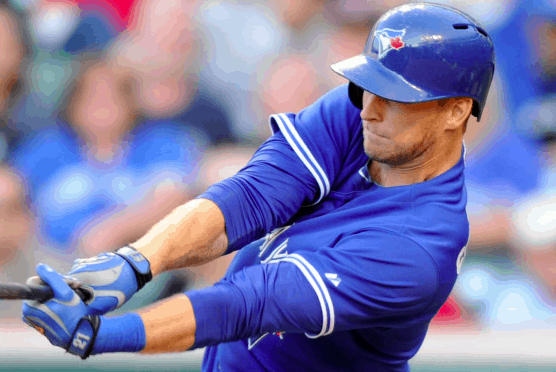 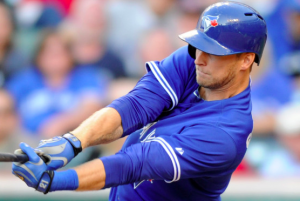 The Toronto Blue Jays have finally made a decision with regard to whether or not they will extend a qualifying offer of $17.2 million to free agent outfielder Michael Saunders. Jon Heyman reports that the Blue Jays will not extend Saunders a qualifying offer before Monday’s deadline, meaning he will hit the free agent market without the team that signs him having to sacrifice a draft pick, which should help him to maximize is value on the open market.

The Blue Jays will extend qualifying offers to both Jose Bautista and Edwin Encarnacion, moves that Toronto GM Ross Atkins has described as a no-brainer. However, the Blue Jays have decided against doing the same with Saunders. Offering Saunders a salary of $17.2 million for 2017 would have been overpaying in order to retain him, but not making the offer increases the chances that the Blue Jays will lose Bautista, Encarnacion, and Saunders this offseason, leaving a sizable hole in the middle of their lineup.

What makes the decision with Saunders so difficult is that he had a career year in 2016, posting a .815 OPS, far better than anything he did during his six seasons with the Seattle Mariners. Those numbers indicate that Saunders could just be a late bloomer at age 29 and on the verge of becoming a reliable offensive force for many years to come.

Without a qualifying offer, Saunders figures to be Toronto’s third priority among its own free agents behind Bautista and Encarnacion, both of whom are expected to decline their qualifying offers. Heyman describes Toronto’s interest in re-signing Bautista as “ambivalent,” as the Blue Jays don’t appear to too enthused about signing Bautista to a long-term deal despite his role in the team’s success over the course of several seasons.

Atkins said earlier this offseason that he doesn’t want the club’s emotional attachment to Bautista to affect decision making. “In my view and our view is we try to stay away from the emotional pitfalls and try to focus on making good, sound business decisions that will help us sustain championship-winning teams because making emotional decisions is typically not going to end well,” Atkins explains.

The Blue Jays appear to be more interested in re-signing Encarnacion, as he’s younger than Bautista and more likely to remain productive over the course of a long-term deal. However, both Encarnacion and Bautista have been linked to the division rival Red Sox and should have several other suitors this offseason. That could ultimately lead the Blue Jays back to Saunders, although the club should be prepared to move on without all three of them next season.

Without Bautista and Saunders in their outfield next season, the Blue Jays would be a little more athletic and stronger defensively with the likes of Melvin Upton Jr., Kevin Pillar, Ezequiel Carrera, and Dalton Pompey getting a majority of the playing time. However, if would derive Toronto of much of the power in its lineup. If the Blue Jays can’t find a way to re-sign Bautista, Encarnacion, or Saunders, their lineup in 2017 will look considerably different than the one that’s reached the ALCS the past two years.