Rajon Rondo left the Boston Celtics in 2014. He was the last player from the 2008 Championship team. In 2015, Jeff Green and Brandon Bass also left the Celtics. The only player that remained on the roster from the Garnett-Pierce-Allen era was Avery Bradley. It was clear to everyone that Danny Ainge is on a team rebuilding mode and that changes are inevitable. After adding several draft picks and adding some quality and experienced players, it seemed that the only piece missing on their way of becoming contenders once again was a franchise player!!! 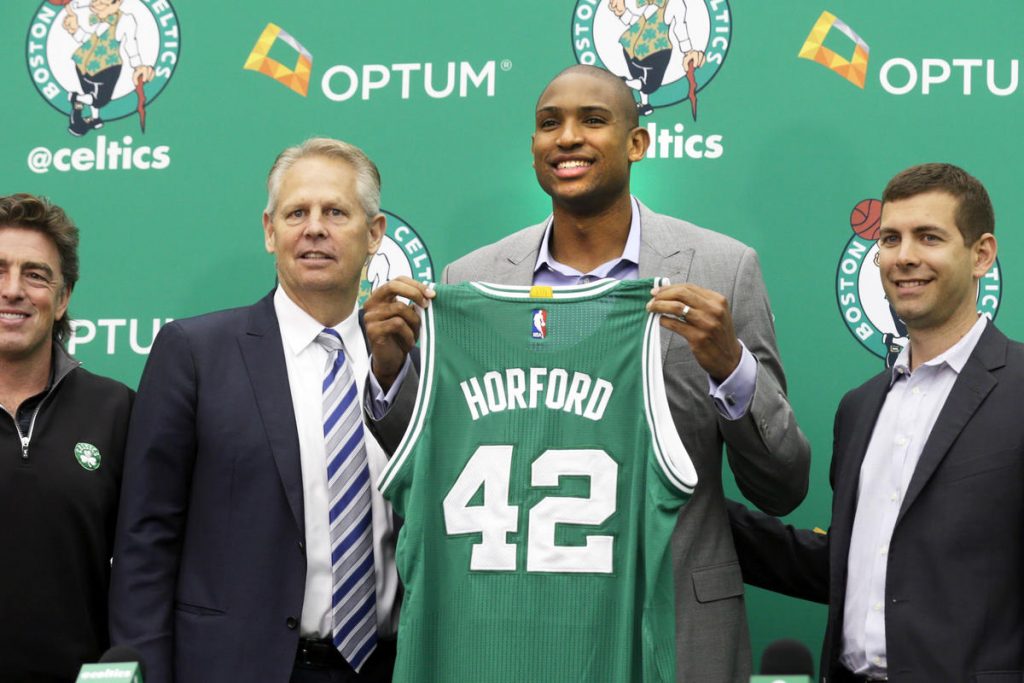 With the things developing rather quickly at the TD Garden, the Celtics were desperate to make a huge push for a big superstar this summer. All eyes were directed in one direction – KEVIN DURANT!!! Despite the fact that many considered the Celtics as the KDs new destination, he still decided to join the Warriors and leave the Celtics hanging. However, as a consolation price, the Celtics signed the 4-time All-Star Al Horford from the Atlanta Hawks. Horford might not be the KD/LeBron James-level superstar, but he is, at least, a player that could make the Celtics become a force in the Eastern Conference once again. In addition, Isaiah Thomas will finally get a player that can execute the pick&roll play perfectly and Brad Stevens will get a player that comes from a similar team culture, who should have no problems of fitting in to the young Celtics team. 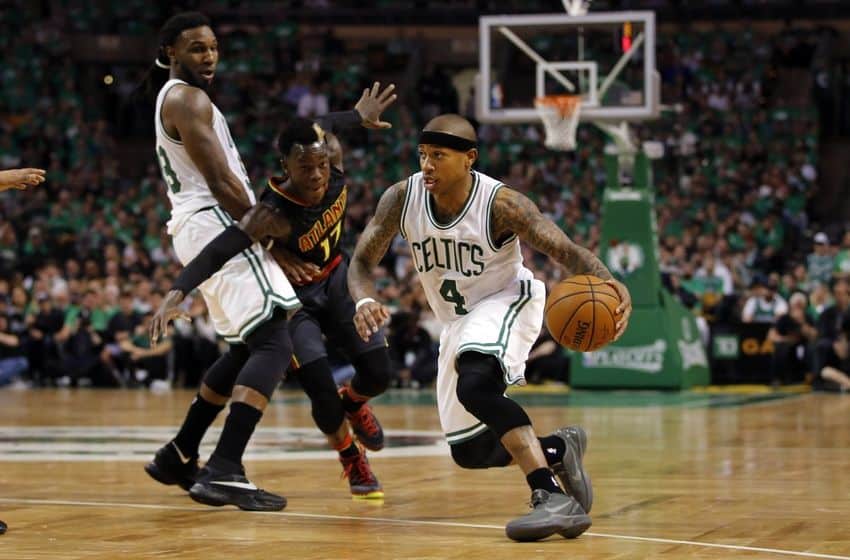 Boston Isaiah Thomas will use Horford to run the pick&roll game a lot this season!!!

With Horford on the court, many things will look differently for the Celtics going into the new season. We had a chance to take a peek look of what’s to expect from the new Celtics, during their preseason games. With Horford and Thomas calling the shots on the offensive end and defenses focusing mostly on these two, the rest of the Celtics players on the floor had more space to operate on the court and saw more open looks. This is exactly what Brad Stevens was hoping for. Horford will not improve the Celtics offensively, as he is known as a great rim protector as well. His ability to be a force in defensive, will definitely make the job easier for one of the league’s best defending backcourts, especially Avery Bradley (who made the All-defensive team last season) and Jae Crowder (missed the All-defensive team by only 1 vote).

Bradley and Crowder are not only effective in the defense. Both of them have shown huge improvement in offense, over the last couple of seasons. Bradley has become a solid spot up shooter, a cutter and looking at his performances during the pre-season, he is becoming a solid ball distributor, averaging over 5 assists per game.

Marcus Smart has improved his shooting mechanics and decision making in offense, and should see more minutes on the court, now that Evan Turner left the team. Terry Rozier has also been one of those young players that have shown a huge improvement. Stevens, and especially the Celtics fans, expect a whole lot from Rozier in the upcoming season, which could prove if he is ready or not for the NBA level. Other players that Stevens will use in the rotation are the rookie Jaylen Brown, Gerald Green, Kelly Olynyk and Jonas Jerebko. Green has, after 9 years, returned to the team that has drafted him. He will be mostly used to provide some points, coming off the bench, which has struggled to score during the last season.

Gerald Green returns to the Celtics after 9 years!!!Looking at the Boston Celtics roster, several things stand out. They are a young team with a very feisty backcourt that is not afraid to play on the edge of a foul, defensively, while at the same time, offensively, they are very balanced and, with Horford and Thomas on the floor, should run a lot of pick&roll offense. Last season they finished 5th in East with a record of 48-34, but failed to pass the first round, losing to Atlanta Hawks.

Now with Horford on the team, the Celtics expect at least a 50+ wins in the season, and hope that they will reach the second round of the play-offs, for the first time under Brad Stevens.  Stevens will finally have a team to compete with the best, and should they stay healthy, there is no reason why the Celtics should not Top their Division and reach the Eastern Conference finals.