The Boston Celtics are the No. 2 team in the Eastern Conference. The Los Angeles Lakers are the second-worst team in the Western Conference. When they took the court in Boston Friday night, there was little reason to think the game would have playoff implications or have any importance at all—that is, except for another notch in the win column for the Celtics.

So—for all intents and purposes, the game carried little to no significance for either team this season. The Lakers would still suck, and the Celtics would still be the No. 2 team in the East. However, there were historical implications to consider. 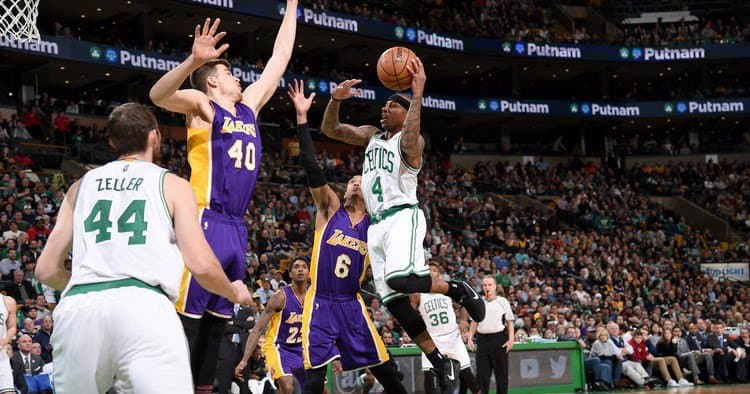 It ended up being a pretty close game with the Lakers outscoring the Celtics in every quarter but one, the second—but oh, what a period it was. A Kelly Olynyk jumper gave the Celtics the lead early on. Boston went on to outscore the Lakers 33-21.

As luck would have it, it was all the cushion the Celtics needed to win.

Boston led by as much as 17 in the third period, but the Lakers were able to close the gap down to eight by time the period ended, 82-74.

Los Angeles gave a valiant effort in the final period, but Isaiah Thomas gave a better one for the Celtics by scoring 17 of his 38 points in the period. The Lakers outscored the Celtics during the period, but only by two points, 33-31.

Thomas was not aware that he needed just one more basket to become the first Celtics player with three consecutive 40+ point games.

“I didn’t know about it, or I would have taken the last shot,” Thomas said.

D’Angelo Russell closed out the scoring with a three-pointer with nine seconds on the clock to make the final 113-107.

“We stopped moving the ball. We stopped trusting each other,” coach Luke Walton said after the game. “Because of it, we don’t make shots, and then our defense gets lazy.”

The Lakers have owned the best all-time record in the NBA or shared it since the 2000-01 season. 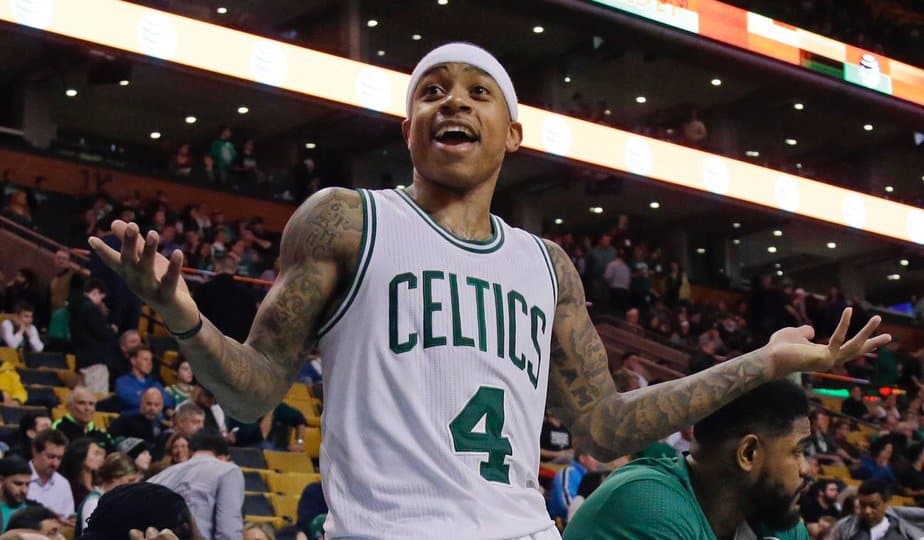 “I think it’s a unique-enough rivalry that 100 years from now it will probably be tied again,” Celtics head coach Brad Stevens said. Stevens will act as the coach for the East team during the All-Star game later this month.

Luke Walton will try to get his team back on the right side of the scoreboard when the Lakers take on the New York Knicks Monday night. Boston will try to make it seven wins in a row when they take on the Clippers Sunday afternoon.