Boston Red Sex Place Rusney Castillo on Waivers, Give Up on Outfielder 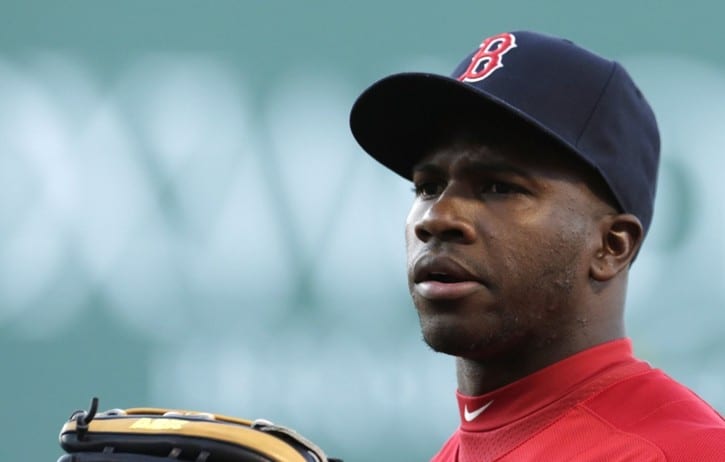 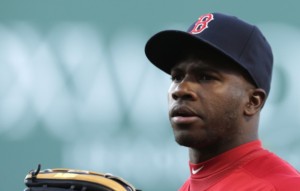 The Boston Red Sox have taken the first step towards parting ways with perpetually disappointing outfielder Rusney Castillo. According to reports, the Red Sox have placed Castillo on outright waivers, and once he clears he will be off Boston’s 40-man roster. Considering the amount of years and money left on his contract, it’s unlikely any team will claim him, leaving his big league future uncertain at best.

Castillo was a star in Cuba, highly regarded for his five-tool potential, before defecting in 2013. In August 2014, the Red Sox signed him to a $72.5 million contract that runs through the 2020 season. He made his major league debut that September and was expected to become Boston’s every day left fielder starting in 2015. However, despite early success his overall performance was disappointing both offensively and defensively, and Castillo only spent about half the season in Boston, spending a significant chunk in triple-A.

Things have not improved for Castillo this season, as he’s spent most of his time in triple-A, earning just eight at bats with the Red Sox. Even with injuries to Red Sox outfielders Blake Swihart and Brock Holt, Castillo has failed to assert himself as Boston’s left fielder or even earn an extended look with the Red Sox. Now it appears as if the Red Sox have given up on Castillo by removing him from their 40-man roster. In his time in the majors, Castillo is hitting .262 with an OPS of .679.

With less than three years of major league experience, Castillo will be forced to accept an assignment in the minor leagues, which is reportedly what the Red Sox are intending to do right now. Of course, they will have to pay him for his major league contract, which includes the rest of the $10.5 million he’s owed this year, as well as $46 million over the next four years. Boston would also have to re-add him to the 40-man roster if they want to give him another chance in the big leagues.

For the time being, Castillo will remain with Boston’s triple-A affiliate but get paid his major league salary. By taking him off the 40-man roster, it’s obvious that he is not part of Boston’s future plans, so it stands to reason that the Red Sox would try to trade him at some point. Of course, Boston would have to continue paying a large chunk of his salary even if they were to trade him.

At age 28, it seems reasonable that a team would be willing to take a chance on Castillo, hoping that a change of scenery can help him turn things around. But until that happens, Castillo will toil in triple-A, waiting for another chance to come his way.