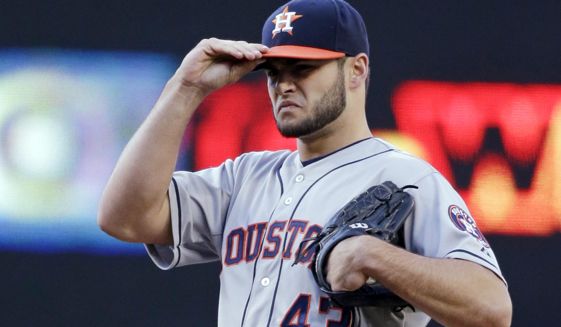 McCullers will start for the Astros against Wright and the Braves.

The Houston Astros who will continue their 4-game series at Fenway Park in Boston with the Red Sox Friday night after dropping their opening game of the series 11-1.

The Sox are currently a half game out of first place behind the Baltimore Orioles in the American League East. They’re 22-13 on the year and are red hot having won 5 straight, and 10 of their last 13. They also enter the game with the hottest lineup in the league having scored double digit runs those last 5 games.

Houston has been inconsistent throughout the 2016 season as they current stand at 14-22 on the year, including 4-12 on the road thus far with a 6.37 ERA in those contests.

Boston has been solid at home going 12-7 and has crushed right handed pitching this season as they’re 18-10 versus righties. They’ll be facing the Astros’ Lance McCullers who has 1 win and 2 no decisions in his last 3 starts, and has given up 2 earned runs in each of those games. McCullers will face the Red Sox’ Steven Wright who’s won 2 of his last 3 and gave up a single run in each of those two wins.

Houston will have to find their bats in a hurry if they hope to keep pace with the explosive Red Sox lineup Friday night. They’re also currently 8 games back in the American League West, and will have to turn things around sooner than later if they wish to not fade from contention as soon as the AllStar Break.