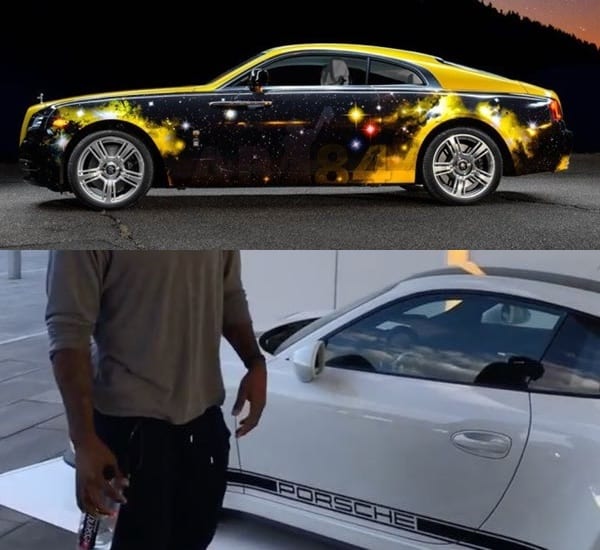 If there is one thing that New York Jets wide receiver Brandon Marshall has never lacked, it is confidence. Whether he was playing in Denver, Miami, Chicago, or New York and no matter who his quarterback was, he has never doubted how well he could he play. Normally, he is one of the better wide receivers in the league. However, there is a chance that confidence has now caused his mouth to write a check his production will probably not be able to cash.

What did he do? In a video on Instagram, he challenged Pittsburgh Steelers wide receiver Antonio Brown to a wager—he’ll have more yards this season than Brown. If he doesn’t, he will give Brown his Porsche. If he does, he gets Brown’s Steelers-themed Rolls Royce (FoxSports).

It’s not a fair bet of course. Brown’s car is worth about $100,000 more than Marshall’s Porsche, but it’s not like either of these guys can’t afford a small fleet of either car if they wanted to. It’s more a matter of pride than financial gain.

So—is it going to happen?

For now, it appears like Brown is not taking Marshall seriously, but according to comments he made to TMZ, it sounds like he’s open to discussing it:

“He don’t really wanna do that. He just wants some PR. He too old to be doing that.”

“If he really serious, CALL ME … I’ll gladly accept. Don’t Internet it.”

It’s understandable that Brown would not want to do something like this online, but unless he has something against gambling, it sounds like an easy bet for him to win. The Steelers have a decent running game, but their passing game has been one of the top three in the league the last two years. He has one of the best quarterbacks in the league and has averaged over 1600 yards a season over the previous three years. With the team losing one receiver to a season-long suspension and likely to lose its top running back for the first four games, the stage is set for him to have another explosive year.

Marshall, on the other hand, is playing on a team that favors the run over the pass. The Jets have struggled with poor quarterback play for years. While Ryan Fitzpatrick did an admirable job last season for them, the Jets pass offense ranked No. 13 in the league—far behind the Ben Roethlisberger-led Steelers. Even if Fitzpatrick is at his best, Marshall will have to compete with Eric Decker for throws.

If Matt Forte and Bilal Powell run like the Jets hope they will, Marshall will not see as many opportunities.

There is no reason to believe Marshall can win this bet with Brown. Over the last three seasons, he has averaged less than 1200 yards—nearly 500 yards less than Brown! Heck—the average of his best three seasons only comes out to 1445.

For Marshall to have a shot, he needs for someone on the Steelers roster to emerge and take catches away from Brown. He’ll also need Fitzpatrick to outdo last season’s career year with an even better one this season. What are the odds that will happen?

It’s admirable that Marshall is willing to put his money where his mouth is, but should Brown accept the bet, he’ll likely need a new car at the end of the season.