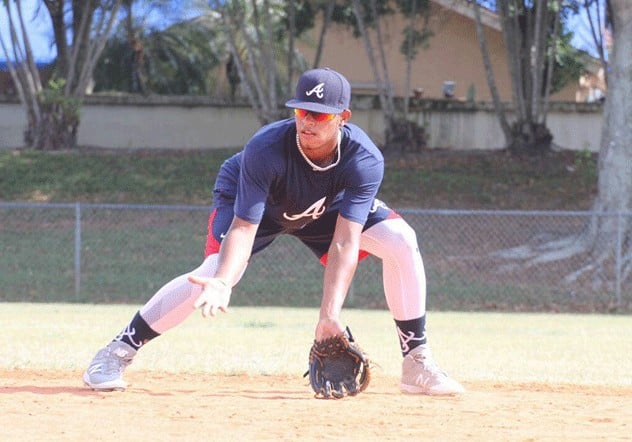 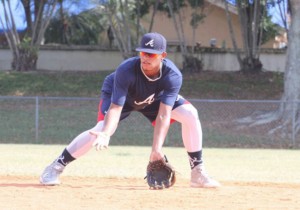 Through a series of trades over the past two years, the Atlanta Braves have built one of the strongest farm systems in all of baseball. Now that farm system is about to get even better, as the Braves have signed shortstop Kevin Maitan, who is considered by most to be the top international free agent available in 2016. Sources indicate that the Braves signed Maitan for $4.25 million on Saturday, the first day teams can officially sign amateur international players who are not subject to the MLB Draft.

The Braves officially announced the signing of Maitan at a press conference Saturday morning. “First of all, I feel great,” Maitan said through a translator. “I’m really grateful. I don’t have the words to describe how I am feeling inside, but I can say that I’m very happy.”

Maitan is a switch-hitting shortstop from Venezuela who is described as a strong defensive player with a great arm and a good approach at the plate for a young player. Most believe he will ultimately end up playing third base, drawing comparisons to both Miguel Cabrera and one of the Braves all-time greats, Chipper Jones.

Getting Maitan was huge, but Atlanta did not stop there. The Braves also landed catcher Abrahan Gutierrez, and fielders Yunior Severino, Yenci Pena, and Livan Soto, who are all among the top 25 international prospects available according to MLB.com. Pitcher Juan Contreras is also considered a major signing by the Braves, giving them one of the best international signing classes in baseball.

Of course, the Braves will pay a penalty for signing all these players, as they went far beyond their allotted bonus pool of roughly $4.8 million. Atlanta will be charged a 100% tax on all the money they spent beyond their $4.8 million pool. The Braves will also be unable to sign any player for more than $300,000 during the next two international signing periods.

The Boston Red Sox received a similar penalty two years ago and were recently found to have broken that rule last year, which voided the contracts of five players and forbid them from signing any international amateurs this year.

The Braves don’t figure to repeat Boston’s mistake of circumnavigating their punishment, but even with their hands somewhat tied in the international market over the next two years, Atlanta’s haul this year may be worth it. Atlanta is one of the biggest winners in the international market this year, adding a massive amount of young talent to an already strong farm system. Maitan is the obvious headliner, but the Braves did well to stock their farm system with talented, high-ceiling prospects, and they hope to reap the rewards of this bounty in the years to come.