"Mr. Price has been given the "Billy Walters treatment" by the betting establishments in the Las Vegas area, due to his distinct ability to pick winners and cost casinos millions."
Home
Football
By Erasing Michael Bennett’s Controversial Comments Seahawk Give Them Even More Attention

When it comes to interviews, Seattle Seahawks defensive lineman Michael Bennett has been a fan favorite for years. Bennett doesn’t hold back or consider anything off limits, and fans appreciate that. It doesn’t hurt that he has a great sense of humor as well.

His sense of humor wasn’t the issue when he was talking to the media after a recent practice, but the absence of a filter was (at least for the team). Like many professional athletes, he has been speaking out the state of social and racial issues in the country today, and what the role he feels athletes should take. 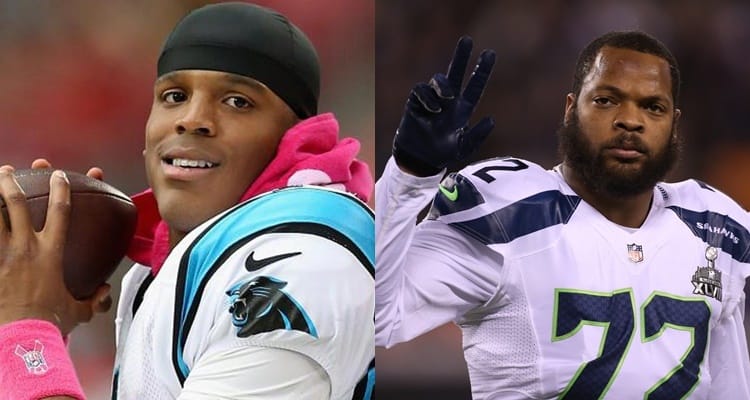 However, it appears that the Seahawks took issue with him calling out Cam Newton and a few other guys for not stepping up (PFT). So they did what they could to get rid of the evidence—and scrubbed the official video and transcript of Bennett’s comments.

But if there is one thing that the whole world should know by now—especially those whose lives are constantly under the public microscope like NFL players—is that no matter what you do, once something is on the internet it is there to stay. You can make copyright claims and do all sorts of things to get copies taken down, but there will always be one somewhere, ready to remind the world what an idiot the person in question can be.

So even though the Seahawks video on the team’s website does not contain Bennett’s comments that reference Cam Newton, we can still read what he said (PFT):

Cam Newton’s name was scrubbed from the transcript, but Manning’s and Rodgers’ names were left in.

He meant well in his attempt to bring up social issues that are affecting the nation, but what he failed to consider is that maybe there is a reason why these guys are not speaking up any more than they have—they don’t want to. It’s not that they don’t care about anything, but maybe they have their hands full with the work they currently do in the community along with working on their game.

Manning, Rodgers, and Newton are all very active in their communities. Often, guys like to do something to show support, but choose to do so without bringing attention to whatever it is they do. They would rather see the focus put on the people, and not them visiting the people.

That was the case last year when Cam Newton visited the victims of the church shooting in Charleston:

“Out of respect of the families, I didn’t want to say anything too much about it,” he said, via Bill Voth of Black and Blue Review. “What was done, it was done. I didn’t want to be a distraction by no means; I just wanted to show my respect.

As for Bennett’s comments, he must have realized (or was told by the Seahawks) that calling out Cam Newton was not a good idea. So he called up the reigning MVP and apologized (PFT).

It is great that there are guys like Bennett, LeBron James, Chris Paul, Dwyane Wade, and Carmelo Anthony that are willing to stand up and make a statement, but you can’t force or shame anyone into doing so. If it works and they do say something, their comments come off as fake or forced and only end up doing the cause harm rather than good.