College football’s Bowl Season began a couple of weeks ago, and since then, fans have suffered through some real clunkers but have also been witness to some good football games. That is what makes the bowl season frustrating yet great at the same time—you just don’t know what you’re going to get sometimes when the teams are 6-6, 7-5, and 8-4.

Most of those games are done. No more “okay” teams playing “kind of good” teams. It’s time for the best of the best to flex their muscles and give fans what they want—an awesome football game. 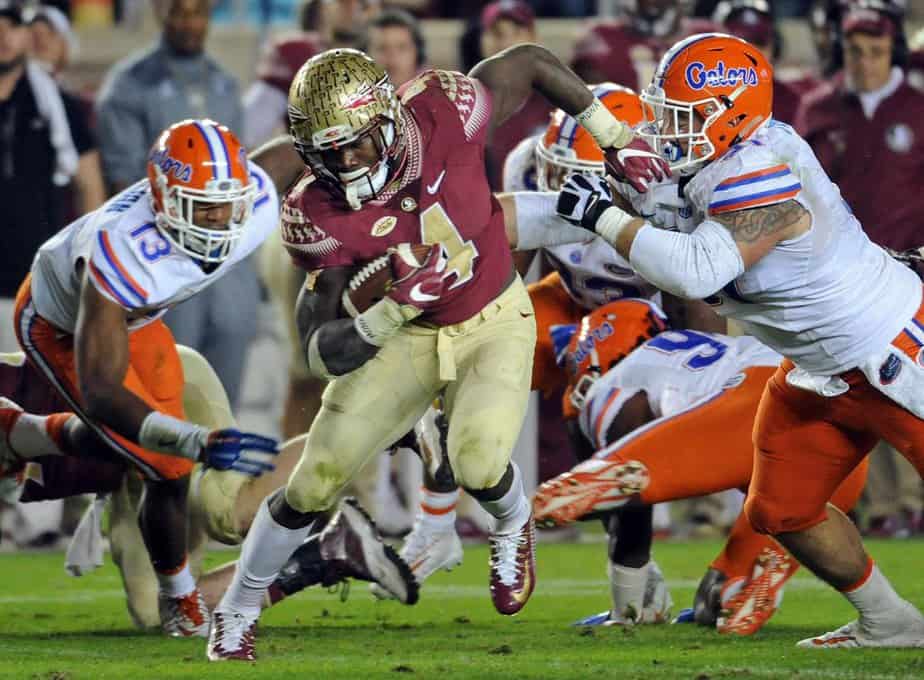 The Michigan Wolverines and Florida State Seminoles should do just that Friday night in the Capital One Orange Bowl.

Yes, Dalvin Cook is playing. He isn’t “focusing on his draft prep” like a few other guys. He is going to finish what he started with the Seminoles before he moves on.

Of course, he hasn’t said he will be entering the draft yet. If he doesn’t, about the only other thing that more surprising will be Texas A&M being named to the first top four the CFB Playoff Committee released this year.

He’ll get more accomplished in regards to his draft stock than Christian McCaffrey, Leonard Fournette, or Shock Linwood have by sitting out. Every team already knows what these guys can do, and whatever they do at the combine will not make them look any better than teams think they are. But by facing one of the best defenses (No. 2 overall; No. 12 against the run) in college football, Cook can show teams quite a bit.

Yes, there is the ever-present risk of a draft-stock killing injury which has many applauding the “business decision” these guys made, but injuries can happen driving to the gym, training, or while hanging out at a family cook-out (you can’t be scared to play).

The risk in playing is not just the chance of an injury. What if Michigan stuffs him? The Wolverines defense has stuffed a lot of running backs this year. This season they only allowed seven rushing touchdowns and an average of 3.1 yards/carry—but they didn’t face anyone as dynamic and explosive as Cook.

To be fair, they did stuff some good running attacks this year (Colorado—64 total yards; Wisconsin—71 total yards).

However, some running backs had good games against the Michigan defense. Penn State’s Saquon Barkley only ran for 59 yards, but he tacked on another 77 yards in the passing game. Ohio State gashed the Wolverines for over 200 yards with J.T. Barrett providing 125 of that. Michigan State’s LJ Scott had 186 total yards against Michigan (139 rushing, 47 receiving). 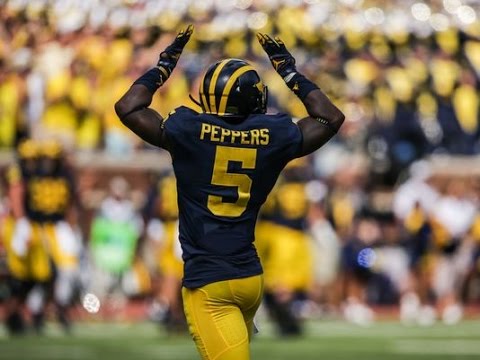 Hmm…sounds like the Michigan defense may be a little over-hyped. Well—when you play a bunch of teams you can easily dominate like Hawaii, UCF (who still ran for 275 yards), Rutgers, Illinois, and Maryland then your stats are going to look tremendous. When they played good teams, not so much.

Michigan will have more to worry about then just stopping Cook. Freshman quarterback Deandre Francois has improved throughout the season and has a few really good targets to throw to in Travis Rudolph, Auden Tate, and Jesus Whitfield (and Cook, too).

To win, Michigan is going to have to bring it’s “A” game on offense as well as defense. The Wolverines will probably look to focus more on their running game (No. 30) to keep Cook off the field. However, to win, the need quarterback Wilton Speight to have the game of his life. He was okay this year with 2375 yards passing, 17 touchdowns, and just six interceptions.

For a team that focuses on the run, you can’t be angry with that kind of production. However, Speight’s accuracy has ranged from 42.3 percent against Iowa to 76.9 percent against Hawaii.

Michigan hasn’t seen a running back like Cook, and it will be painfully clear that they are not up to the challenge. Florida State is going to win this one easily.