Carolina Panthers head coach Ron Rivera is good at what he does. He deserved to win the Coach of the Year award in 2013 and ’15, and the Panthers should have done more than just give him a one-year extension (through 2018) after he guided the Panthers to the Super Bowl last season. If they are ever silly enough to let him go, he’ll be snatched up in a heartbeat.

However, eccentricities like the one that came Sunday night against the Seattle Seahawks are only tolerated when the team is winning. They haven’t won much this season, but last season was good enough for this one to be overlooked—for now. 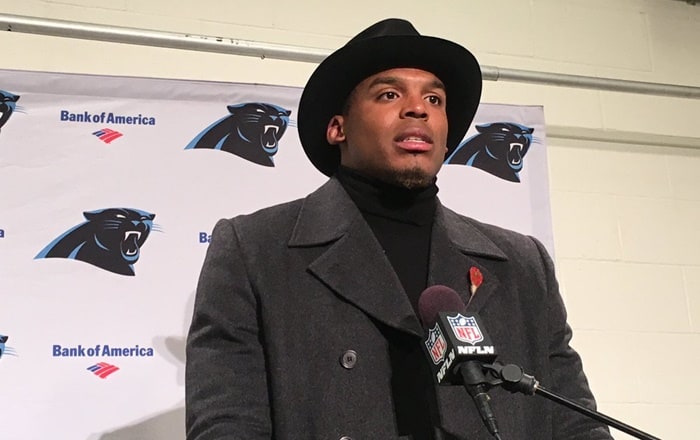 What did he do? He benched his superstar quarterback, Cam Newton, for minor team violation eventually revealed to be the failure to wear a tie. He has not said when (on the plane, to the game, etc.), just that the missing tie was the violation.

“I’m not going to get into our dress code,” Rivera said after the game. “Completely my decision.”

Cam Newton–a guy that has spent thousands on designer foxtails and is often the sharpest dressed man in the room had a wardrobe issue. His “style” may be a little off to some, but there is no denying he puts a lot of time and care into his appearance.

Newton addressed the issue after the game:

“I didn’t follow dress code and coach told me that I wasn’t going to start,” Newton told reporters after the game. “So I stand by his decision as the position that he’s in and I follow it hand in hand.”

“If Coach doesn’t feel like I was dressed appropriately, then I wasn’t.”

He went on to talk about the difficulty in finding one when you are as big as he is, and how he had worn a similar outfit and not been punished in the past. But he understands how the rules are the rules, and everyone must be held accountable to them.

He didn’t say it, but even if it’s a stupid rule.

So, he didn’t wear a tie. Big deal. It isn’t like he tried to wear a Denver Broncos hat, and “I Love Josh Norman” shirt with holes in it, and bleached jeans straight out of a bad 80s rock video. He looked sharp and as presentable if not more so than every other member of the organization.

But he broke a rule of Ron Rivera’s so he had to be punished—so rather than fine him like every other professional sports team would, Rivera decided to act like a college coach and bench him for a series. 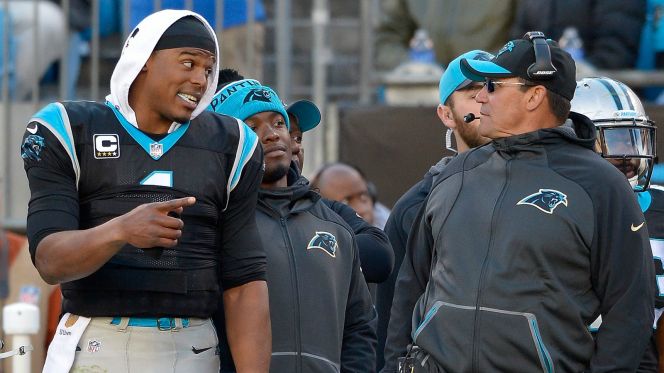 True—the money wouldn’t matter to Newton but missing playing time would. However, when your team has struggled as much as the Panthers have this season, you would think Rivera would be more concerned about how well his team plays—and not whether Cam Newton wears a tie.

But he had to show everyone he treats players the same; that everyone is accountable to the rules—right? Otherwise, he may lose the team if they think he doesn’t treat everyone the same.

As Chad Ochocinco would say—child, please.

To be fair, Newton could have put one on; he had many offered. But he didn’t want to because it wouldn’t look right with his outfit.

College coaches have a good reason for having such rules. While they are supposed to win games, they are also expected to provide their young players with guidance as they go from being 18-22-year-old kids into young men.

NFL head coaches are supposed to win games—that’s it.