Life has to be a little surreal for Cleveland Cavaliers forward Kevin Love. Here he is, one of the better forwards in the game and having his best season since joining the Cavaliers, and yet his name is constantly being dangled in the media as potential trade bait. Rumor has it that LeBron James is pressuring the Cavaliers front office to trade him for his buddy in New York, Carmelo Anthony.

James was quite vocal last month about his desire for the front office to improve the roster, so it is not hard to imagine him pushing for a trade. 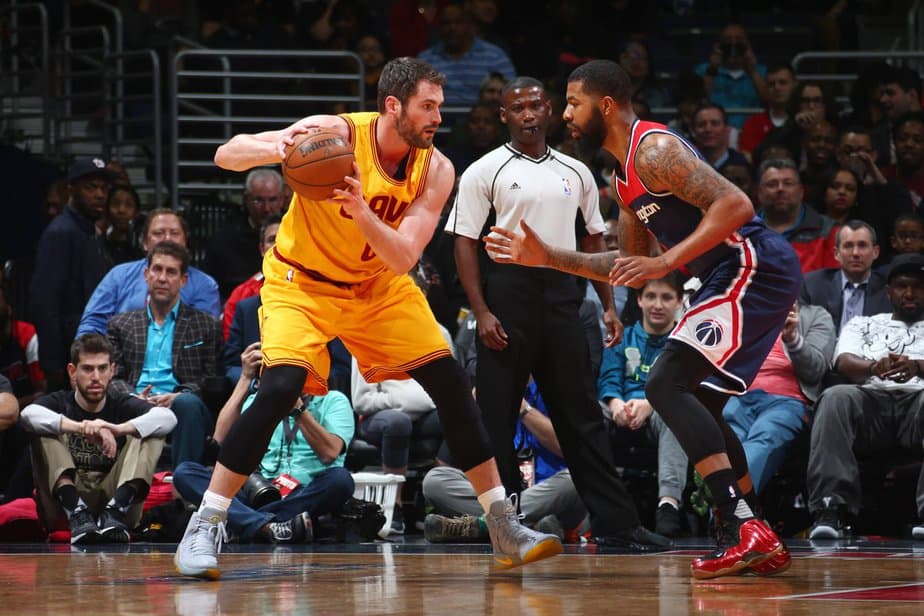 So—what’s a guy to do when his name is always being floated around in trade rumors that his team supposedly has no interest in to do? Does he worry about his future? No—he scores 39 points and pulls down 12 rebounds to help his team to a 140-135 win over a potential Eastern Conference contender, the Washington Wizards.

Washington had the hot hand coming into the game with a seven-game winning streak, a 17-game winning streak at home and having won 11 of their last 12. The Cavaliers have been struggling for the last month but had won their last two (albeit against weak competition, Minnesota and New York).

Both teams struggled to play defense, but the game was certainly not short on action.

Each team made their runs, but no one ever really took control of the game as the lead switched back and forth several times before the night was done.

With just 12.2 seconds on the clock and up 118-117, it looked good for the Wizards. But it looked even better after LeBron James missed what should have been an easy layup. John Wall hit both free throws to put the Wizard up by three with 3.4 seconds left—but James makes up for missing the layup by catching a length-of-the-court pass and hitting a clutch three-pointer to send the game to overtime.

James ended up fouling out for the first time since January 2014, but not before chipping in 32 points, a career-high 17 assists, and seven rebounds (as well as two steals and two blocks).

Kyrie Irving ended up taking over during the overtime period scoring 11 of his 23 points to bring the win home for the Cavaliers. Love ha a great night from the floor hitting 11 of 17 shots including 6-10 from three-point range. 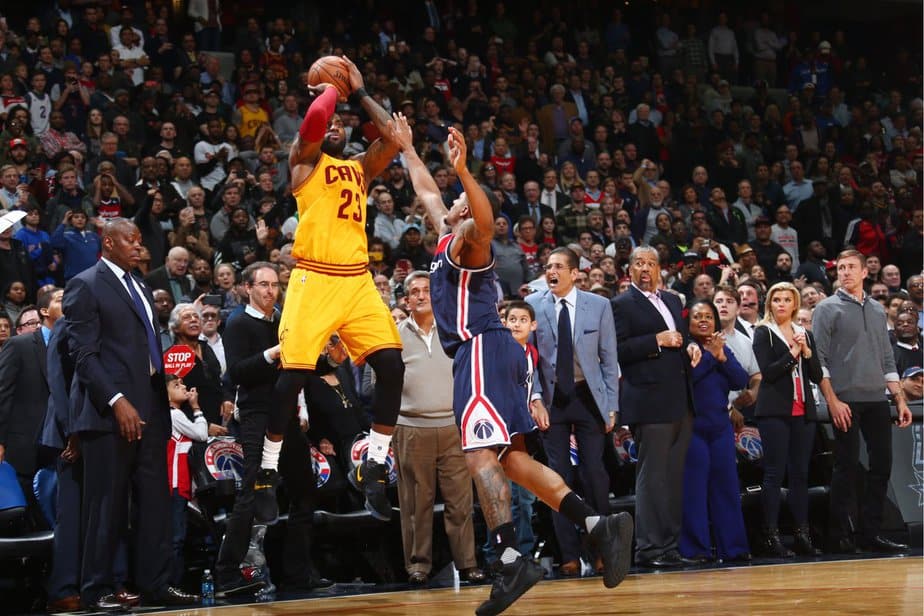 After the game, James, head coach Tyron Lue, and Love took turns ripping the New York media for spreading the rumors about Love.

“It’s trash. And the guy who wrote it is trash too for writing that, especially during a game like that,” James said after the game. “It’s always about outside noise, and that’s outside news for us. Our GM will do a great job of figuring out if we need something else, but right now we’re in a good place.”

Lue said Love should take it as a compliment (that he’s in demand) but stated that Love is not going anywhere. Love simply called the rumors “a lie.”

The Warriors played well with Bradley Beal leading the way with 41-points. All five starters scored in double figures for the Wizards. While they may not have won, they definitely proved they are a team to be reckoned with—in case anyone in the NBA didn’t already know that.