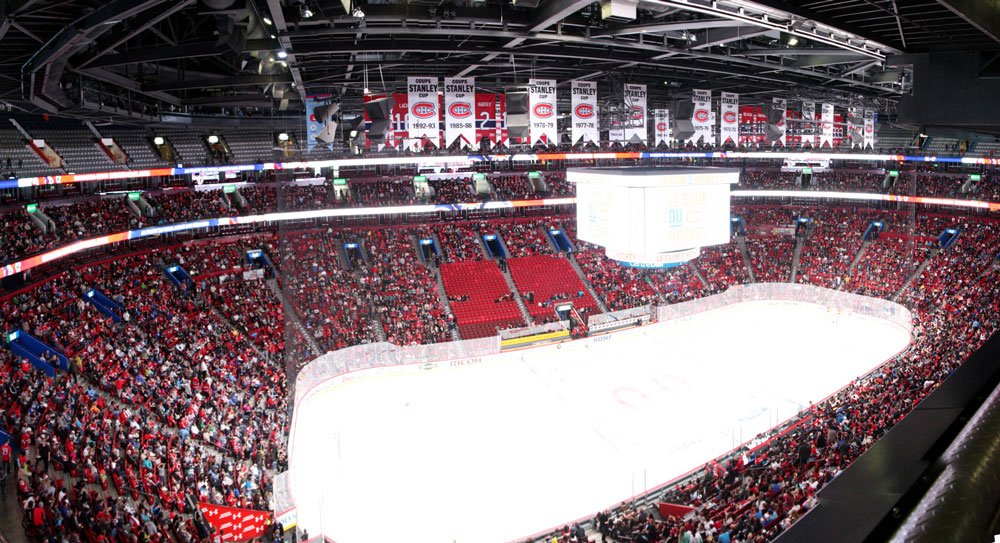 An indoor sports and entertainment venue located in downtown Montreal, Quebec, the Centre Bell, or “Bell Centre” as it’s referred to by English media, serves primarily as the home-ice for the National Hockey League’s Montreal Canadiens.

Before changing its name to the Centre Bell in 2002 the arena had been known as the Centre Molson since its completion in 1996.

The arena is connected to the underground city in Montreal, as well as Central Station, which provides a highly convenient transportation option for fans traveling to and from the game.

The stadium is notable for its number of unique design features such as sloping grandstands, and centralized washrooms on the 100 level, among others.

• Construction for the stadium took just under three years to complete, as ground was broken on the project on June 22, 1993, with the opening of the arena being held on March 16, 1996.

• Ground was broken on the project just two weeks after the Montreal Canadiens beat the Los Angeles Kings to win their 24th Stanley Cup n the National Hockey League.

• The arena underwent major renovations which began on October 14, 2015, including updated concessions and hallways, the addition of new restaurants, as well as public wi-fi for the fans in attendance.

• With a capacity of 21,288 seating for fans during hockey games, it’s the largest professional hockey arena in the world.