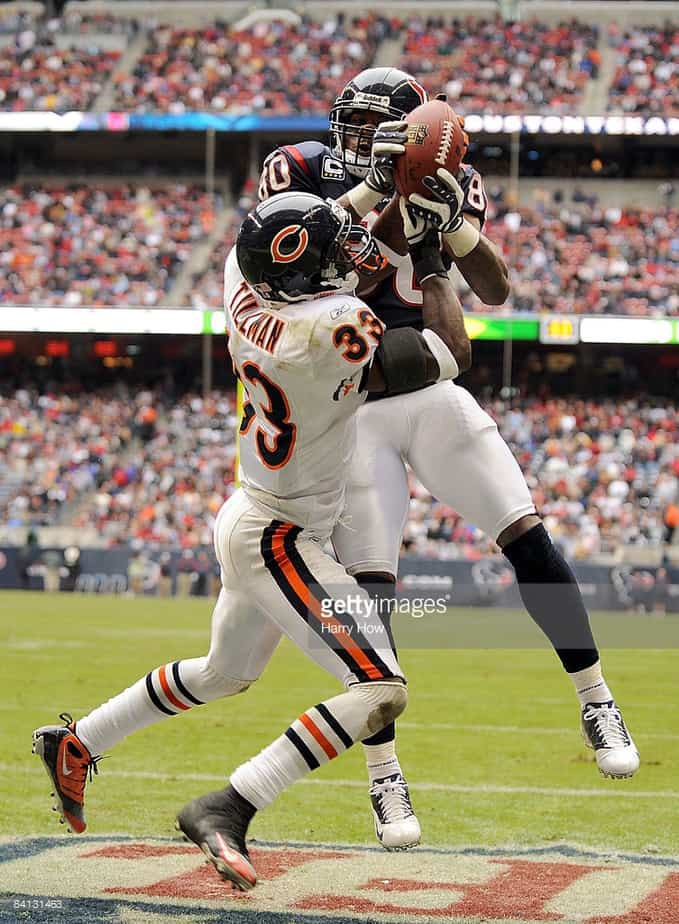 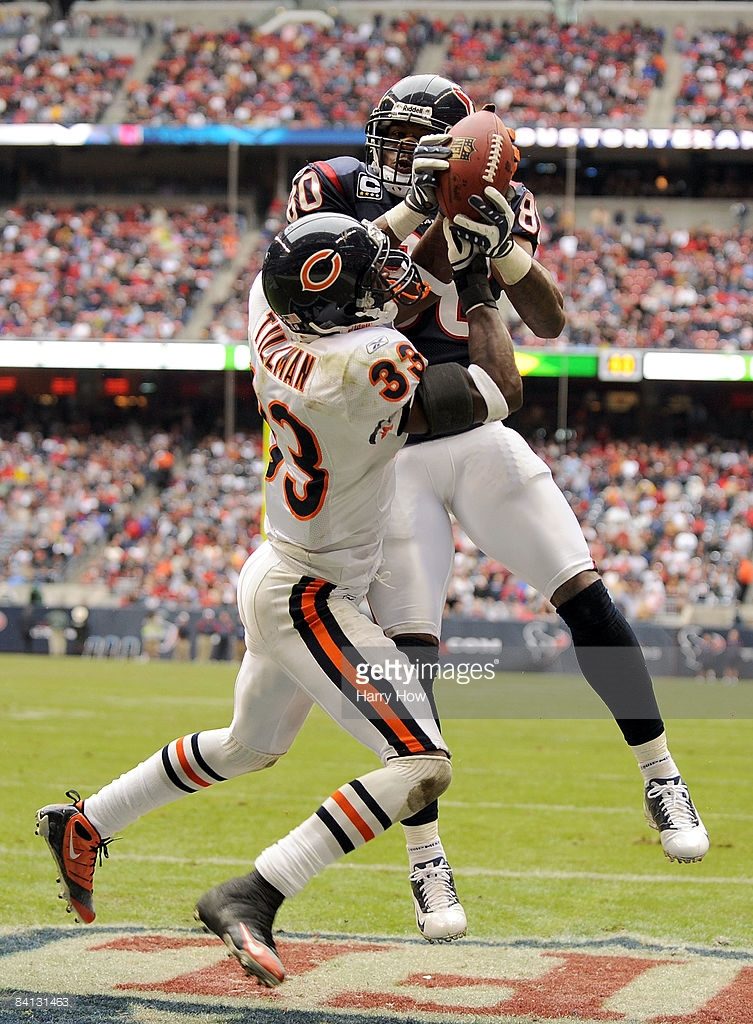 One of the early games on the Sunday slate of Week 1 pits the Chicago Bears against the Houston Texans. While it’s still May, it’s never too early to get ready for the upcoming 2016 NFL season. Who has the best odds of coming away with a 1-0 record from this matchup? A preview and prediction are below.

The Bears and Texans both had potentially franchise-altering offseasons, making numerous changes on each side of the ball. But let’s start with the Bears, as they had an extremely busy past few months.

Chicago has gone through drastic changes over the past two years. After moving on from Jerry Angelo and Lovie Smith, the Phil Emery-Marc Trestman experiment failed pretty miserably. Now, the little-known Ryan Pace has all but completed his second offseason as GM, and along with a top-notch crew of coaches headed by John Fox, the Bears are starting to resemble a competitive football team once again.

The Bears did cut ties with Forte (much to the chagrin of some, but he is a 30-year-old running back) and McClellin (finally, right?). They also moved on from Bennett — a locker room cancer — Rolle, Bushrod and Slauson, which was a surprising move. Nevertheless, they moved on from some age and mid-range salaries.

What they did to improve, however, ranks as one of the top offseasons this year, considering the bang for the buck they spent to get starters at key positions.

The defense, of course, needed the most work. It’s been about three difficult-to-watch years since the “Monsters of the Midway” wasn’t a laughable phrase, but that may come to an end in 2016. Trevathan, Freeman and Hicks will likely all be starters, with the former two manning down the middle of Vic Fangio’s 3-4 defense. Both are proven tackle machines, and solid athletes. The consistency there will be something the Bears haven’t seen since Brian Urlacher manned the middle of the defense. Hicks, on his part, will be an upgrade at DE for sure, and has had two excellent seasons in a row. The 6-foot-5, 324-pound behemoth will take up a ton of space along with Eddie Goldman along the defensive front.

In the draft, the Bears continued their path toward defensive prominence, selecting Floyd ninth overall in the draft. What this defense was missing was a dominant speed rusher, and if anyone fits that bill, it’s likely Floyd. It may be a bit premature, and he definitely needs to put on a bit of weight, but he could be a double-digit sack guy once he gets acclimated to this level of play.

Six of the Bears’ nine draft picks were used on defense, though, so it’s not just Floyd who’ll make a difference. Last season, Adrian Amos was a fifth-round pick who ended being one of the best rookie starters in the league. Pace hopes to hit gold again, as he selected three other defensive backs in the middle rounds of the draft. One thing is for sure — the coverage on special teams will be greatly improved, which has been an issue in recent years as well.

Finally, let’s talk about their offense. Jay Cutler is still the man under center. The much-maligned quarterback is coming off his best season as a pro yet, and continues to prove the haters wrong. After somehow managing to play so well without much help (missed his top three receivers for well over half the season combined in 2015), he’ll have some reinforcements this year.

Alshon Jeffery will be healthy and ready, and so will rookie Kevin White, who has the potential to be one of the elite receivers in the NFL. After sitting out all of 2016 after a microfracture surgery on his shins, the former No. 7 overall pick is ready to get out there. He’ll join Jeffery, the re-signed Zach Miller, Eddie Royal, Marquess Wilson and others as part of an improved wide receiver corps. So long as White and Jeffery stay mostly health in 2016, Cutler is going to have a field day throwing to them.

The biggest improvements came along the offense line, though. Charles Leno Jr. is likely to remain at left tackle after surprising in 2015, and Hroniss Grasu will likely be the starting center once again (though, veteran Manny Ramirez was signed as insurance). The good news comes in the form of Kyle Long moving back to right guard, where he was among the best in the league at that spot, rather than right tackle. In his stead, Bobby Massie was signed away from the Arizona Cardinals, and is a fantastic run-blocker. While they did drop Slauson, a solid left guard for the past couple of years, they drafted Whitehair, who was one of the top guards available in the draft. He’ll start at left guard from Day 1, and this should be the best offensive line in Chicago in ages.

That offensive line will be as important as ever, because Forte is gone. The former Bear had been in Chicago since 2008, a mainstay in the backfield. He’s now to be replaced by a combination of three solid, young backs, though. Jeremy Langford, Ka’Deem Carey and Howard, the rookie, all bring different skillsets and should keep the ground game running smoothly.

In Houston, the biggest change will, of course, be at quarterback. Out goes an inconsistent combination of Hoyer, Brandon Weeden, Ryan Mallett and others from years ago, and in comes the young man who the Denver Broncos groomed the past few seasons. Truly, the Texans did steal Osweiler away with the prospect of a lot of money.

One has to wonder how much his benching in favor of Peyton Manning (after he played quite a bit better than the old man) perhaps put a sour taste in his mouth. Nevertheless, Osweiler took the four-year, $72 million contract to start in Houston, and will be in the more-than-capable hands of Bill O’Brien. The question is, how good is Osweiler? He was in Denver for four years, groomed under Manning for all of them, but we’ve only seen him throw 305 passes in the NFL — about half of a season. The 6-foot-8 giant of a signal caller wasn’t bad, throwing for 10 touchdowns and only six interceptions in seven starts last year, but that’s not much to go on.

What we do know, however, is that he’ll have help.

DeAndre Hopkins exploded last season, and can you imagine what he could do with a good quarterback under center? If Osweiler is what the Texans believe he can be, then Hopkins will be the main beneficiary, as the young wideout is truly a sight to behold.

As well, the Texans drafted a receiver to start opposite Hopkins, as Fuller was taken in the first round. The speedster from Notre Dame is a stark improvement over what Houston has had recently behind their No. 1, but guys like Cecil Shorts, Jaelen Strong and C.J. Fiedorowicz all need to step up as contributors. Oh, and don’t forget that Braxton Miller guy; he could end up being a dangerous Percy Harvin-type.

Houston also added Lamar Miller, who’s an upgrade at this point over the oft-injured and recently released Foster, as well as Alfred Blue and others on the roster. He should help the running game, and be a solid check down for Osweiler when he’s in trouble.

Now, the Texans did lose Brooks and Jones, two outstanding offensive linemen. Not to mention, Duane Brown is coming off a relatively serious injury. But, Brown is expected to be ready Week 1, and the Texans did a good job replacing the former starting guard and center with Allen and the rookie, Martin. Both of those guys should be able to fill in nicely.

Do we need to say anything else?

Yes, we do. While Watt is still alive and well on that side of the ball, being the biggest defensive difference-maker in the NFL, it’s important to note that the Texans did have the third-best defense in the league in terms of yards allowed. Believe it or not, there are 10 other guys on the field with him, and they weren’t too bad, clearly. That said, not many changes were made to that side of the ball, so as long as there’s no regression, the Texans should be a pretty solid team — perhaps the most solid in the entire AFC South.

Prediction: Both of these two teams appear to be complete, well-coached squads heading into 2016. The biggest question for me will be the quarterback play. Osweiler is too much of an unknown, while Cutler has shown in the past, and last season, in particular, that he can handle the pressure and has turned into one of the better starting quarterbacks in the league. If all else proves to be as equal as it seems, I’m rolling with Cutler in a close game. Yes, even against J.J. Watt. Remember what he did against the Broncos and St. Louis Rams defenses last year? Imagine what he could do with two healthy, elite receivers on the outside.