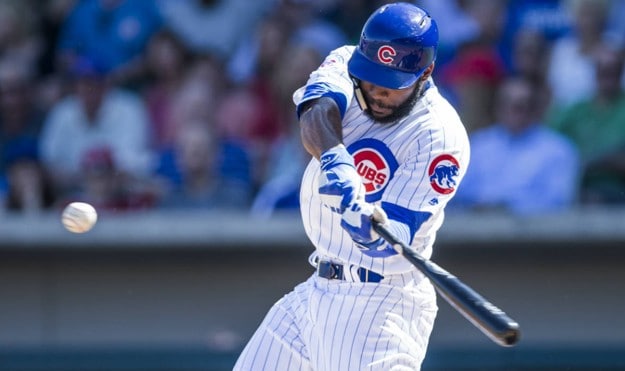 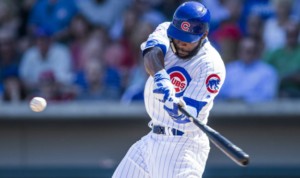 One of the best teams in baseball is shaking things up. The Chicago Cubs are moving right fielder Jason Heyward down in the order after Heyward has hit in the no. 2 hole in nearly every game season. Cubs manager Joe Maddon made the announcement Monday on the heels of the Cubs being swept in a four-game series by the New York Mets over the weekend.

Heading into Monday’s game against the Cincinnati Reds, Heyward was hitting .231 with four home runs. His OPS is a career-low .641, which is beyond disappointing for a player who signed a contract worth $184 million this past offseason. Maddon makes the move one week before the all-star break, simply saying he wants to “rearrange the deck chairs.”

Maddon explained further, saying the move is “Just give him a little break out of that 2-hole and see if we can get him going in the right direction on a more consistent basis,” adding, “We talked about it. He was fine with it.”

Maddon adds that he wants to try out the new-look lineup for the next week and then take the all-star break to think about how he’ll proceed moving forward. “A week before the All-Star break, you can look at it, evaluate it. It’ll look different when we come back. Just get a feel for it right now,” Maddon explains.

Heyward was in the Cubs lineup for Monday’s matinee against the Cincinnati Reds batting sixth, and seemed to be accepting of the change. “Joe wants to mix it up and continue to do things to help us as a group,” Heyward said. “I’m not really thinking about that. Just trying to help the team win.”

The Chicago right fielder says that he gave Maddon his blessing to move things around with so many young players around him. “I brought it up to [Maddon] to not be afraid, because we have so many young guys in the lineup right now,” Heyward explained. “I told him, ‘Don’t be afraid to move me down to give them presence around them, so it doesn’t feel like you have these guys at the top and you get to the bottom and it’s, rookie, rookie, rookie, rookie.'”

The youthful lineup for the Cubs has been brought about by injuries, particularly in the team’s outfield. Kyle Schwarber is missing the season due to a serious knee injury, while both Jorge Soler and Dexter Fowler are currently on the 15-day DL. Heyward has managed to stay healthy this year, providing a consistent presence in the Chicago outfield, but he has not produced as the Cubs had hoped.

Even if Heyward continues batting down in the order beyond this week, the Cubs figure to have a different lineup following the all-star break, as they hope to get Fowler back by then. Maddon says Fowler, who is likely to be named to the National League All-Star Team, could appear in the All-Star Game next Tuesday even if he hasn’t returned to the Cubs by then. Either way, barring a set back, the Cubs hope to have Fowler back when the unofficial second half begins.

For now, Heyward will hit in the bottom half of the order, and the immediate returns on the move have been positive. Heyward was 2 for 4 in Monday’s win over the Reds, including a two-run double in the first inning. Time will only tell if that’s the move that helps Heyward turn his season around and have a strong second half for the NL Central leading Cubs.