It’s not hard to be a fan of the Cleveland Browns. It isn’t easy, of course, but Browns fans have an escape. They have an answer to the haters that try to give them a hard time about the winless Browns—the NBA champion Cavaliers and the American League champion Indians.

The players, however, have no such escape. Instead, with each passing loss, the stigma attached to them grows. They only have one escape—the end of the season, but even that will not help them if they fail to win even one game (just ask anyone that played for the 2008 Detroit Lions). 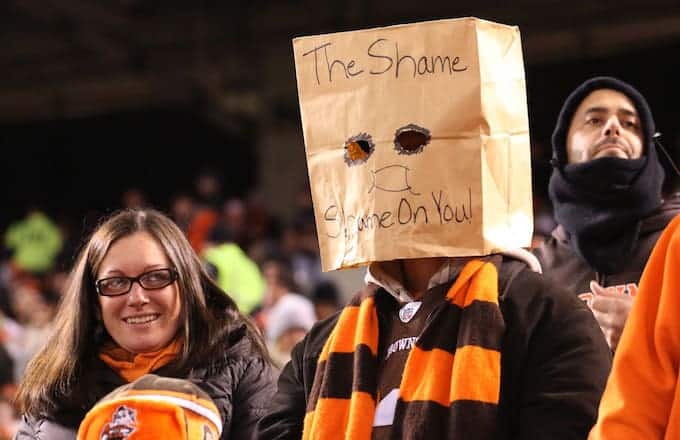 Browns fans are aware there is a good chance their team could become the second in NFL history to go an entire season without winning a single game. They have the Cincinnati Bengals, Buffalo Bills, San Diego Chargers, and Pittsburgh Steelers still on the schedule.

Of those four, the team they have the best chance of beating happens to be the one up next—the Cincinnati Bengals. This is not to say that the Browns are going to or should, but that the odds are not as against them versus the Bengals as they are against the other teams.

Cleveland’s offense is one of the worst in the NFL (29th). They average just 16.4 points/game, the revolving door at quarterback hasn’t done their passing game any favors (26th), and when you can’t pass it isn’t hard for defenses to figure out what you are going to do—and stop you (running game is 27th).

When your defense allows 29 points a game and over 400 yards of offense it makes it pretty hard to win a game.

So–what in the world could give the Browns a chance against the Bengals? Hue Jackson, A.J. Green (more the absence of), and Robert Griffin III.

No one knows Andy Dalton quite like his former offensive coordinator and current Browns head coach Hue Jackson. He will undoubtedly be coaching his defense up on any and every tendency and tell his former quarterback has.

Dalton will be without his favorite target, A.J. Green, again (out with a hamstring injury since Buffalo).  The Bengals managed to replace his production against the lowly Eagles but struggled to do so against the Ravens (and lost).

The single biggest factor in the game will be Robert Griffin III. He signed with the Browns with the hope of reviving his career but suffered an injury in his first game. But he is healthy, been cleared to play, and been named the starting quarterback for this week.

No one is going to be more motivated to play well this week than RG3. He must prove he can play. Right now, he’s an injury-prone quarterback with no game. No one wants a guy like that. So he has to prove he is no longer that guy. 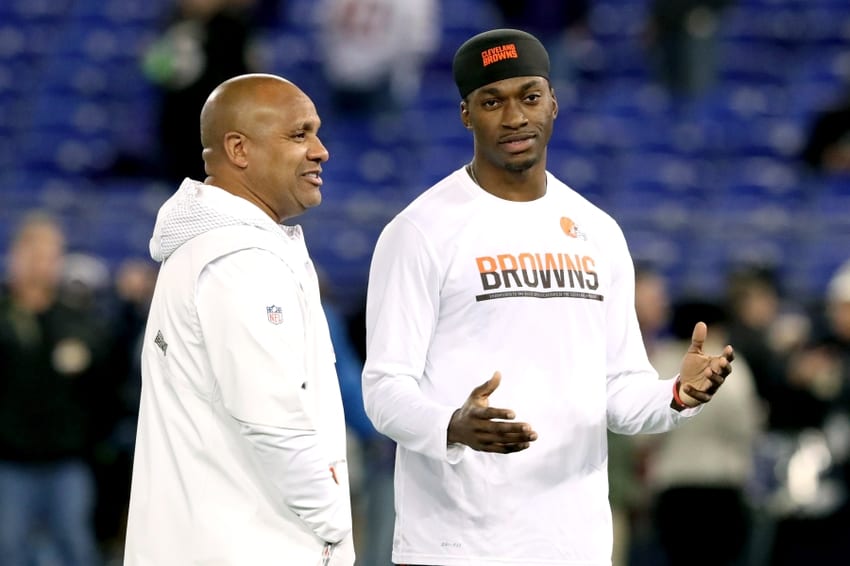 Of course, it will be tough to look good with the roster he has, but if he wants to be on an NFL roster next year, he must make it happen. But will he?

It all depends on what Andy Dalton can do. Should Dalton get on track early with his receivers, this one will be over quick. But if he doesn’t and RG3 can make a few plays, this game could be interesting.