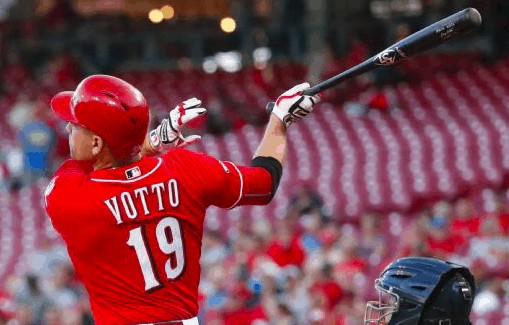 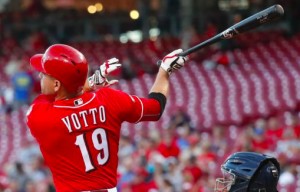 MLB teams hoping to acquire a power hitter this winter can cross Cincinnati Reds first baseman Joey Votto off their list of potential targets. Despite the team being in the midst of a rebuilding project that has yet to yield much progress in the right direction, Reds GM Dick Williams says he doesn’t foresee Votto being traded this winter, even if there are teams expressing interest in him.

“I’ve said it, Joey’s a guy we’re building around, we’re not in active negotiations with anyone,” Williams told reporters Wednesday at the GM Meetings. “We haven’t talked to him about waiving his no-trade. We have not had that conversation with him. He’s peaking right now, he’s so valuable to teaching our young guys. I foresee him being part of what we’ve got coming.”

Votto signed a massive extension with the club in 2012 and is under contract with the Reds through the 2023 season, with a club option or buyout for 2024. He will make at least $179 million over that span. He will make $22 million in 2017 before his salary jumps to $25 per year for the remainder of his contract until his option year. So while the Reds say they are building around Votto, they are also paying him a massive amount of money, committing a significant percentage of their payroll to one player, a practice that can sometimes be damaging to small-market clubs.

“I know it was a huge commitment to make for a franchise in our stratification, our market size, but we always thought that with the continued inflation in salaries, it was appropriate,” Williams said of Votto’s current contract. “He’s played well, if not better than anticipated. Inflation in salary has increased as much or more than we thought. I think his value right now, is very high.”

Williams is correct to a certain extent. Outside of an injury-plagued 2014 season, Votto continues to produce at a high rate, as expected from a player with his salary. In 2016, Votto hit .326 with an OPS of .985. However, there’s no guarantee that players will continue to sign contracts with a yearly salary akin to Votto’s $25 million. Yoenis Cespedes may be the only player on the market this winter that has a chance to make $25 million a year, making Votto’s deal look like less of a bargain, even if the 33-year old continues to produce.

There’s also the issue of Votto’s no-trade clause, which could keep him in Cincinnati as long as he wants to be there. Votto has rarely addressed the issue of being traded, but he did comment on it last year, saying: “I don’t think of myself as anything but a Cincinnati Red. That’s one of the really cool things about having a no-trade clause, being one of the rare players that has that, I get to stay a Cincinnati Red.”

Plenty of teams have approached the Reds in the past about Votto’s availability in a trade, and teams are bound to make inquiries about him in the future. However, barring something dramatic, it doesn’t appear that Votto will be traded anytime soon. Teams looking to add a power hitter this winter will have to cross Votto off their list and move onto the next option.