Clayton Kershaw Has Sore Back, Should Make Next Start 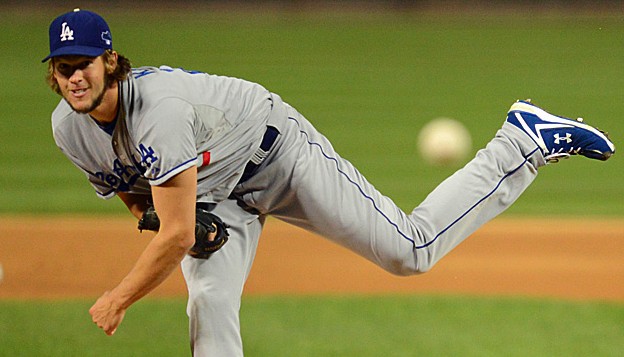 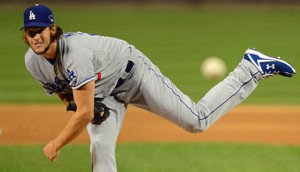 There may be the slightest of chinks in Clayton Kershaw’s armor after all. The lefty, who is in the midst of an amazing season, even by his standards, is reportedly dealing with pain in his lower back. On Monday, Dodgers manager Dave Roberts confirmed that Kershaw is having some trouble with his back after what most would consider to be an off night Sunday against the Pittsburgh Pirates for the three-time Cy Young winner.

Roberts confirmed Monday that Kershaw has soreness in his lower back and has received treatment for it. However, the Dodgers manager says that his team’s ace was able to go through his regular workout for the day after a start. Roberts described the back pain as an “off-and-on issue,” adding that it has not had an impact on Kershaw all season. As of right now, the Dodgers are expecting Kershaw to make his next start, which is scheduled for Friday at home against the Colorado Rockies.

Kershaw did not mention any back soreness to reporters following Sunday’s start against the Pirates. In that start, Kershaw allowed four runs on nine hits over six innings of work, suffering just his second loss of the season. It was easily Kershaw’s worst start of the season, as it was the first time he gave up more than three runs in a start. It was also the most hits he’s given up since he allowed 10 hits over eight innings during a start in late April. Kershaw also tied a season-low with just four strikeouts.

If he felt any discomfort in his back during the start, he didn’t use it as an excuse. “I wish I had an excuse for you,” Kershaw said. “I just didn’t pitch well enough to win tonight.”

Roberts and the Dodgers don’t appear to be too concerned at the moment, but any back soreness with Kershaw bears watching. After all, he did miss the early part of the 2014 season due to back inflammation, which to date is his only stint on the DL during his major league career. It also goes without saying that losing Kershaw to the DL would be disastrous for the Dodgers, who have lost just two games started by Kershaw this season but are six games under .500 in all other games. For that reason, Kershaw’s back is something to keep an eye on for the time being, even if he’s still scheduled to make his next start.