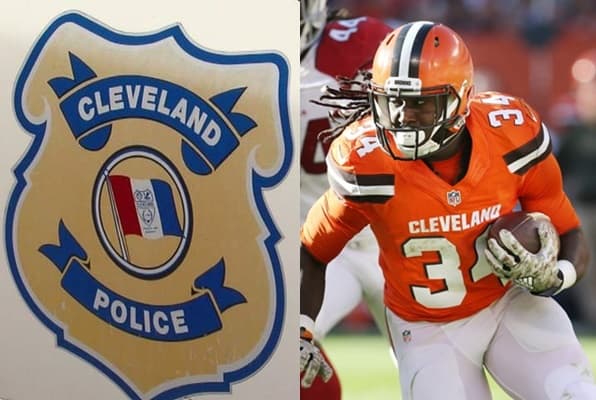 Incidents like the police involved shootings last week and the officers killed in Dallas have brought all sorts of emotions to the surface for many people. People act differently when intense emotions are brought to the surface. Some react in a positive manner because they are moved to take the kind of action they feel could help the problem.

Others, like Cleveland Browns running back Isaiah Crowell, react in a way that only adds to the problem. However, in the days since his unfortunate Instagram post, he has made an effort to make amends in a way that shows he actually means it.

What did he do?

Last Wednesday he posted a picture of a hooded individual standing over a police officer that appeared to have his hands tied behind his back. The hooded person had a knife at the officer’s throat and had seemed to slash it.

The comment under it made it sound like he believes police officers are making a conscious effort to kill black people.

His post upset a lot of individuals, and he took it down quickly.  But like anything online, once it is there it is never actually gone. Screenshots of the image have been shared all over the internet.

The Browns, NFL, and Cleveland Police Department were understandably upset with Crowell, who did post an apology for posting the image. The team is giving him a chance to make amends on his own but have alluded to the possibility of future punishment he does not do a sufficient job. Just apologizing would not be enough.

It certainly wasn’t enough for the police department in Cleveland.  Stephen Loomis, President of Cleveland Police Patrolmen’s Association, didn’t like that Crowell tried to excuse his actions by blaming them on the emotions of the moment:

“You’re a grown ass man, and you claim you were too emotional to know it was wrong? Think we’ll accept your apology? Kiss my ass.”

“…offensive as putting a picture of historical African-American men being hung from a tree in the 60s.”

He also threatened to pull all law enforcement officers from Browns game next season if Crowell didn’t make a better apology.

“I will pull Cleveland officers, sheriffs, state troopers out of First Energy Stadium this season if he doesn’t make it right,”

In case Crowell is confused, he made it clear what he thinks Crowell needs to do:

“He needs to go to Dallas, help the families who lost their loved ones last week, write them a check, look them in the eyes and give a heartfelt apology.”

Crowell took the hint and decided to do just that. In a video posted on his Facebook page he gave a statement about the incident that included an apology and a promise:

“Also, I’m committed to doing whatever I can to create open dialogue between my communities and the police who serve them.

“I know this may not change your mind about me, and I know I can’t take the post back, but I’m sorry, and moving forward I’m committed to being part of the solution.”

Crowell is only making $600,000 this coming season so one game check will come out to about $37,500. It may not be a huge amount, but the Dallas Fallen Officers Foundation will surely be able to put it to good use.

The apology will not be enough for many, but it appears to be sufficient for the Cleveland PD:

“I appreciate the apology and we accept it,” CPPA president Stephen Loomis told TMZ. “People are allowed to make mistakes in life. Our problem was that first apology. It wasn’t sincere. But Isaiah stepped up to the plate to make a personal apology, and we definitely appreciate his donation to the Fallen Officers Foundation.”

Is it genuine or is he just trying to do what he thinks the Browns want so he doesn’t get cut? Only he knows for certain, but if society is going to take a step in the right direction, we need to give him the benefit of the doubt and take his word for it.