When the Cleveland Cavaliers realized that they were playing the Indiana Pacers in the first round of the playoffs, they were probably not too concerned. The Cavaliers won the regular season series 3-1, and the loss came without LeBron James in the lineup. Even when they were not playing well, the Cavaliers were still able to take down the Pacers.

Yes, the Pacers have been playing much better basketball over the last couple weeks, but surely the Cavaliers will find the fire they’ve lacked now that things are getting serious—right? 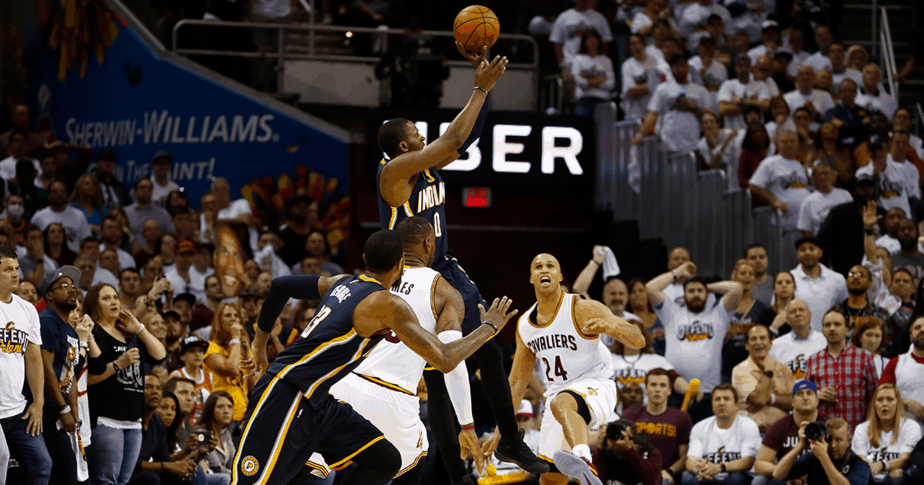 Well—the Cavaliers got the win, so in a way, you could say yes. But the reality of the situation is that they didn’t so much earn the win. They merely survived.

Indiana did a good job of keeping within striking distance for most of the game. But when the final period started they were down by eight, 84-92. They had played well and made life hard for LeBron James and company, but they were having trouble closing the gap.

But they managed to do just that when push came to shove late in the game—and nearly managed to pull out the upset in Cleveland.

A Paul George three-pointer closed the gap to 108-109 with 40 seconds left in the game. Lance Stephenson pulled down the rebound after LeBron James missed a 25-foot three-pointer giving the Pacers a shot to win.

But with seconds on the clock, the Cavaliers got it right—barely.

The Cavaliers knew that Indiana wanted Paul George to take the final shot. So when the ball was passed to him with ten seconds left, James and J.R. Smith doubled George forcing him to pass the ball out to C.J. Miles.

With what precious little time there was left on the clock ticking away, Miles took what could have been a game-winning 14-foot jumper—and missed.

“Obviously, we wanted to get the ball to Paul to be able to get the shot to win the game,” Miles said after the game. “I got the ball at four [seconds], so I had to take it myself. I got a good shot. I just didn’t make it.”

After the game, George said he should have gotten the ball back but didn’t fault Miles for taking the shot.

“I’m confident in all my guys taking shots — that’s not the issue,” George explained. “But in that situation, I’ve gotta get that.”

James and Kyrie Irving led the way for the Cavaliers with 32 and 23 points. Kevin Love chipped in another 17. The Pacers got a nice performance out of Paul George (29 points) and got 16 from Lance Stephenson off the bench. 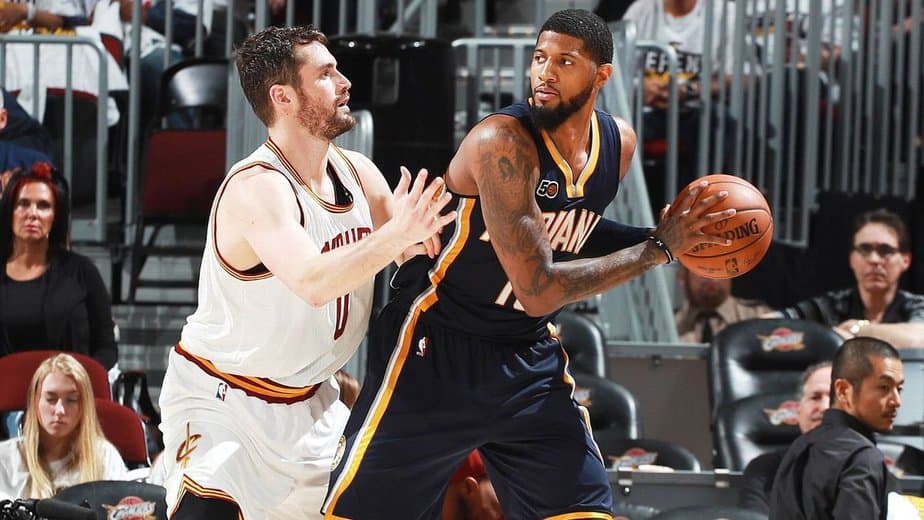 Game Two will be Monday night in Cleveland on TNT at 7 PM ET.

Cleveland said all the right things entering the series about how they didn’t feel vulnerable despite their struggles since March. But with how the game played out, it is clear that the Cavaliers will need to get over their issues if they are going to make another deep playoff run. If they don’t, the rest of the Eastern Conference will be glad to make them with they had

They won this time. But will they be as lucky next time?