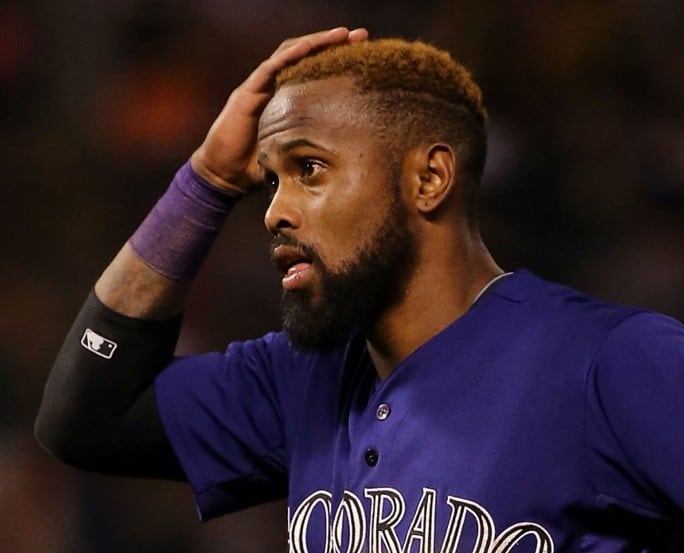 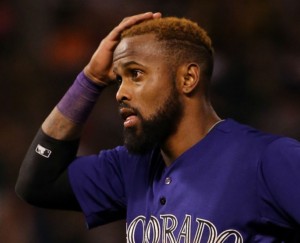 In a move that many were expecting, the Colorado Rockies designated shortstop Jose Reyes for assignment on Wednesday. The Rockies will have 10 days to trade him, release him, or send him to the minors with his approval. Reyes has not played for the Rockies this season, as he was serving a suspension for a domestic violence incident with his wife that occurred last October. Earlier in the day, Colorado activated him off the restricted list, but apparently had no intention of Reyes playing for them.

Reyes was shipped to Colorado last season from the Toronto Blue Jays in the Troy Tulowitzki trade. During his time with the Rockies, Reyes put up some of the worst numbers of his career. Things have gone downhill for Reyes since he won the National League batting title in 2011, his last season with the New York Mets. He signed a monster contract with the Marlins after that season, only to get shipped to Toronto a year later and ultimately wind up in Colorado.

With Reyes suspended through May 31, the Rockies began the season with Trevor Story at shortstop, and Story has become one of the best stories (pun intended) in baseball this season, hitting 17 home runs and getting serious all-star consideration. It’s perhaps a little surprising that the Rockies didn’t give Reyes a chance to play following his suspension, but considering his age, his play last season, and the stigma of a domestic violence incident, Colorado simply wanted to wash its hands of Reyes. The play of Story certainly made that decision easier. Reyes has played nine games at triple-A over the past two weeks, hitting .303 with two home runs.

Of course, cutting ties with Reyes will cost the Rockies financially. Colorado saved about $7 million while Reyes was suspended, but they will be on the hook for his salary the rest of this year, the $22 million he’ll make next year, and his $4 million buyout for the 2018 season. In total, the Rockies will pay Reyes about $40 million not to play for them.

Once he clears waivers, Reyes will be able to sign with any team for the league minimum. However, Reyes is not the offensive force he was a few years ago and he’s no longer a strong defensive player. On top of that, there is the public relations issue of his domestic violence incident. As a result, there should be a minimal amount of teams interested in signing Reyes. That being said, it’s hard to imagine Reyes not getting the chance to at least sign a minor league contract with a team and prove that he still belongs in the big leagues. Of course, only time will tell if we’ve seen the last of Reyes in the majors.