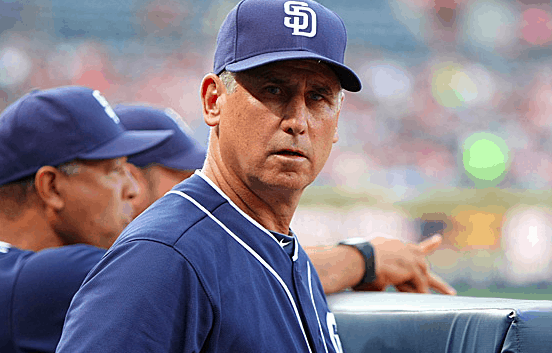 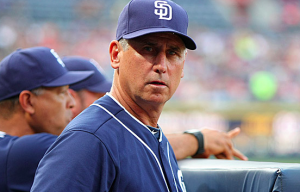 The Colorado Rockies have hired Bud Black as their new manager, according to reports that are yet to be confirmed by the team. The Rockies have scheduled a press conference for Monday, but have not given a reason. However, several sources are reporting that Black has been hired to be the team’s manager, replacing Walt Weiss, who stepped down from his post following the 2016 season after four years with the club.

Black previously managed the San Diego Padres from 2007 to 2015. During his tenure in San Diego, Black posted a managerial record of 649-713. He was named National League Manager of the Year in 2010 after leading the Padres to a 90-72 season. However, he failed to lead San Diego to the playoffs during his nine seasons with the Padres.

After the Padres let him go following the 2015 season, Black was nearly hired by the Washington Nationals last offseason. However, contract talks broke down between the two sides and Black was not hired, as the Nationals ultimately chose Dusty Baker as their manager.

Black spent the 2016 season with the Los Angeles Angels as a special assistant to the GM. He previously spent time with the Angels as their pitching coach from 2000 to 2006, helping the club win a World Series in 2002. Black is hailed by many to be among the best minds in baseball when it comes to pitching. He will now manage a club that notoriously struggles with pitching by virtue of playing in the most hitter-friendly park in baseball.

However, Black will take over a team that does have a few intriguing young arms in the starting rotation. The young quartet of Jon Gray, Tyler Chatwood, Chad Bettis, and Tyler Anderson showed great promise in 2016 and may finally give the Rockies a rotation they can build around.

Of course, offense is rarely an issue with the Rockies, particularly with the lineup they figure to have in 2016. The trio of Nolan Arenado, D.J. LeMahieu, and Trevor Story gives the Rockies one of the best hitting infields in baseball. Colorado also has one of the best center fielders in the game in Charlie Blackmon, while Carlos Gonzalez is under contract for two more years and remains a productive force in the middle of the lineup.

“I’m really excited and really happy to hear the news,” said Arenado about the reports of Black being named Colorado’s manager. “I think this can be a huge plus for us. I don’t know Bud personally, but I have heard great things about him. I’ve already talked to some of his former players from San Diego and all I’ve heard is great things about him.”

Arenado is also excited about the fact that Black is a pitching specialist. “Absolutely that’s a good thing. I think that will be huge,” Arenado said. “We need to improve our pitching and he has history with the Angels when they won the World Series, and then with the Padres all those years. It’s a good step for us.”

Of course, with the Giants and Dodgers in the same division, the Rockies face an uphill battle with regard to contending for a playoff spot. But if Black can help to mold Colorado’s young rotation, the Rockies may have a chance to be competitive in 2017, considering how potent their lineup can be offensively. Black also brings plenty of managerial experience, which could also help to change Colorado’s outlook next season and in the years to come.