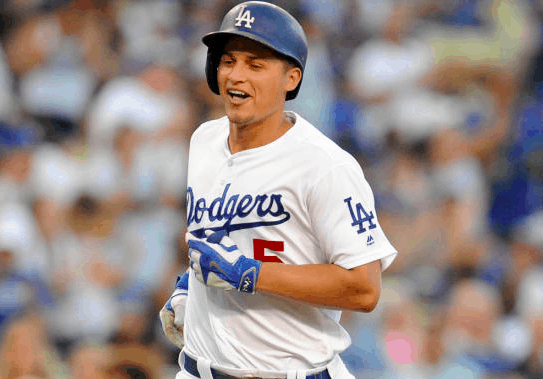 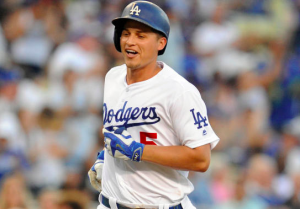 Three weeks from opening day, reigning National League Rookie of the Year Corey Seager continues to be sidelined an oblique injury that has the potential to keep him out for the start of the season. The Los Angeles Dodgers are not yet overly concerned about the availability of their shortstop just yet; however, manager Dave Roberts said Monday that Seager won’t be participating in spring training games this week, meaning he’ll have at most two weeks to get ready before opening day once he’s able to return.

Seager has had just five at-bats in spring training games thus far and has been sidelined for more than a week. The soon-to-be 23-year old shortstop says he’s never had an oblique issue before and so he isn’t sure what kind of timeline to expect for his return. Seager suffered the injury on March 3 while turning a double-play.

The Dodgers are taking a cautious approach with Seager so that he doesn’t exacerbate the injury and end up missing a significant chunk of the season. That being said, the team is optimistic that Seager will heal faster than usual because he didn’t suffer the injury while swinging the bat. Nevertheless, he’s not being rushed back and will be held out for at least another week.

“Corey is still just getting better, but not doing any baseball-specific stuff,” Roberts told reporters Monday. “Really, not too much. I keep hearing there’s improvement. But enough to get him on the field? It hasn’t happened yet.”

Part of the concern with Seager missing so much time this spring is that he’s not been able to gain familiarity with his new middle-infield partner Logan Forsythe, who the Dodgers acquired from the Rays earlier this winter. However, Roberts reiterates that the team still isn’t worrying too much.

“We’re still a ways from that,” Roberts said. “His legs are still in good shape. You’d obviously like him and Logan to have more time together in the middle of the infield. But I think that once he’s healthy, we can still get those at-bats. So I’m not too concerned about those at-bats.”

It’s worth noting that Seager missed significant time last spring with minimal impact, as he managed to hit .250 with a .707 OPS in 24 games last April. There are ways for players like Seager to get a large amount of at-bats in a small window of time to prepare for the season, although those at-bats generally come against minor-league pitchers on the back fields at spring training.

In the event Seager isn’t able to get himself ready for opening day, the Dodgers have few options for who can replace him. Chris Taylor appears to be the primary backup at shortstop this season, although he hasn’t produced much offensively in the majors. The Dodgers could also entertain the possibility of temporarily moving Forsythe to shortstop, where he has just 12 career starts, with Chase Utley filling in at second base until Seager returns.

As it stands, the Dodgers are nowhere close to ruling out Seager for opening day. However, he’ll be out for at least another week before returning to spring training games. If Seager is out any longer or suffers a setback to his oblique injury, it’ll be hard to envision him being ready for opening day, which would be a big blow for the Dodgers, a team many consider the favorites to win the NL West in 2017.